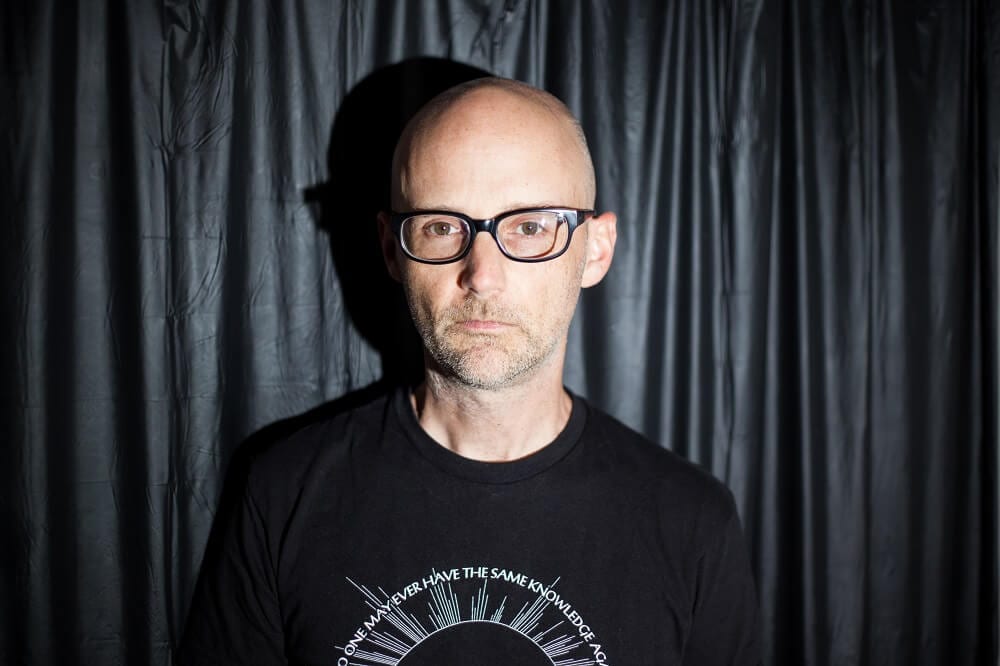 Moby on Shogun Audio… This one goes deep.

One of the first US electronic acts to truly entrench themselves in UK rave and acid house culture in the early 90s, Moby was present at the very birth of drum & bass from its hardcore foundations remixing and touring with acts such as The Prodigy and Orbital. When it comes to underground electronic music roots, it doesn’t get much deeper.

“I remember the rave scene in the UK in 90 and 91 when labels like XL and Shut Up And Dance first started releasing seminal breakbeat and jungle tracks,” he explains. “At first it was almost a novelty to have a fast dance track without a 4/4 kick drum, but then all of a sudden jungle and breakbeat influenced rave tracks became the norm. It was incredibly exciting, as it seemed like every week there were a few hundred amazing records being released, and they all sounded like nothing you’d ever heard before.”

Citing Acen, SL2, Blame and Ragga Twins as key favourites of the era, Moby wasn’t shy of a fast dance track or two himself, too. 1994’s Feeling So Real was a pounding 165BPM rave anthem (that still kicks hard in his live show to this day) while 1992’s  Thousand took it up a few (hundred) levels to 1000BPM. These days he’s now a switched-on follower of the faster tempo, rather than contributor, and he maintains a watchful eye on drum & bass.

“These days drum & bass is where I find the most adventurous and innovative production techniques and sonic landscapes,” says Moby. “It seems that within the syncopated drum and bass template there’s just so much room for experimentation.  And I still get thrilled every time I walk into a club and hear those skittering drums and rumbling sub-bass lines.”

He personally approved every skitter and of each remix on Moby – The Drum & Bass Remixes EP. Out now, it’s the first ever fully drum & bass remix EP Moby has had in his 30 year career in which Shogun pitched Pola & Bryson, Icicle, Fourward and Technimatic with the challenge of recontextualising stone cold classics such as Go, Porcelain, Natural Blues and Why Does My Heart Feel So Bad?

No mean feat for any producer, but all four refixes tastefully update the originals within a drum & bass framework without losing Moby’s original sentiment or vibe. Check them out here. Then check out these… Ten of the best drum & bass tracks of all time according to Moby himself.

John B – Up All Night

Origin Unknown – Valley Of The Shadows