Raging with the machines… While it’s not uncommon for bass artists to peel back their brash electronic side to reveal their metal foundations, very few have celebrated their roots and brought the two worlds together as sonically, aesthetically or thoughtfully as Sullivan King.

These two worlds have always sat well together. It’s a tradition that goes right back to the earliest days of rave with acts such as The Prodigy ushering in a whole generation of moshers in the mid 90s with tracks like Their Law on Music For The Jilted Generation. Over the years we’ve had incredible combos from the likes of Pendulum, Skrillex, Concord Dawn, Modestep, Dirtyphonics, to name but a very select few. It’s a fusion that never dates or tires; just this summer EDM helmet-wearer Marshmello made waves with Remember Me, a collaboration with A Day To Remember, bringing the cult Florida band out of a three+ year spell of release silence.

No release, however, will join the metal/bass dots as extensively or tightly as Show Some Teeth this year. Sullivan King’s highly anticipated debut album, it builds on everything he’s been working towards since emerging on Rottun in 2015. Developing his signature of shred-heavy textures, brutal, twisted drops and his own surging emphatic vocals, whether he’s released on Monstercat, Disciple or Kannibalen, or collaborated with the likes of Excision, Snails, Bear Grillz or Grabbitz, every release and every show has been building up to Show Some Teeth.

Explaining how he wanted the album to give you the feeling like ‘okay this is what Sullivan King is all about’, like all the best debut albums, it’s a statement that spans his widest creative poles and is the product of all his influences and experiences so far. It’s also the product of an extensive near-endless tour that’s seen him take his fusion across the raging world, writing and road-testing the tracks in multiple countries, tweaking until they speak the universal language of rage he’s been singing in for years.

Currently neck deep in his Thanks For Raging tour, he dropped the album on Kannibalen last week. We called him up to say thanks ourselves…

Props on thanking people for raging with you. It’s nice say thanks isn’t it?

Totally man. That’s a big part of the concept. It is about coming out and having fun and I really can’t appreciate the fans enough for doing that and being into what I do on stage. That means so much to me. We hope to this concept going for multiple years.

We’ve got more to rage about now than we ever have, I think…

For sure. That’s something I’ve started seeing more as I’ve toured more. Everywhere I’ve been, regardless of the political or environmental status or any other factor, the common thing is that people go to shows and express themselves. Not in an angry way or aggressive way but it’s a release, right? It’s a way of getting everything off their chest and forgetting it all for a moment. And what’s cool is how every country has their own different way of doing this. Whether it’s moshing or different types of pits or headbanging, there’s always something somewhere. And I also think the big thing is the changing attitude. People aren’t raging and being aggressive at shows, it’s being done in a way that’s far more positive.

That’s universal. I’ve said this to so many artists on the heavier spectrum but people who make or listen to the angriest or darkest music are usually the most chilled.

Always man. They’re the most relaxed online and in person. The sweetest and most cuddly people you will meet usually listen to the most aggressive music.

Truth. So the album… Last time we spoke you’d recorded your EP with the Dirtyphonics in the famous 17 Hertz Studios in LA. Was Show Some Teeth recorded in a similarly baller location?

Haha, I’d love to say it was. But a lot of was done in some very memorable situations for me including being on the road with Excision. A lot of ideas were done prior, but they were rough demos that got fleshed out on the road. Then I moved from LA to Miami with my wife, we set up the studio and that’s where I got the record wrapped up. The whole thing is a product of nonstop touring for the last 9/10 months.

Nice and personal, then. Much more so than a fancy studio…

Definitely. And I was going out every weekend testing the music, seeing the reaction, taking it back home and listening in different environments. Writing a song in Korea, playing it in China for a week then fixing it on the plane ride home and testing it again in Baltimore. That type of thing. So it was a very worldwide creation.

I love that constant feedback with the crowd. It’s two-way thing!

Exactly man! We’re both responding to each other, the crowd is part of the creation.

Did you have any inspiration or advice from the artists you toured with?

Definitely by the live aspect of the guys I was on the road with. I was on tour with Squnto and He$h and they were really inspiring. When it comes to performing I’d been very focused on singing and playing the guitar and everything. But they were such incredible DJs I definitely tried to pick up more on that side of things. I think one of the challenges I had was getting to do more of the vocal stuff while on the road for 35 dates with Excision. I wanted to keep features to a minimum and I think 13 of the 15 tunes were all my own original vocals. That was really the big push for me.

That’s right. I wanted the album to feel like: ‘okay this is what Sullivan King is all about’. I’ve done a lot of collabs in the past – Dirtyphonics, Excision, Kill The Noise, Snails, Black Tiger Sex Machine, so many acts who are on top of the world right now. So the album gave me a chance to put my stamp down on where I was sonically in the world. That way, for whatever album two is, or whatever I do in terms of collaborations, it will give you the contrast and you can hear where my influence is on the collab and what my sound is.

It’s a broad sound. Let’s take the biggest contrasts on the album. For me that’s Put Em Up, which is pure electronic raging, Where Angels Die, which is pure metal. Those are the two poles.

Exactly. It’s funny because both of those were big ‘how far can I push this?’ moments for while writing the album. Put Em Up was one of the tracks I tested on the road a lot and Where Angels Die is extremely metal, I really didn’t know how people would react. Whether they think it’s great or a bit too much for them. That’s the one I’m the most interested to seeing the reaction of now the album has dropped.

I think people respect it. More and more fusions are happening. Marshmello and A Day To Remember was a similar vibe in a way.

I think it’s always cool when you can see artists like that find a way to fit together regardless of the genre because it’s so unique. I know Marshmello and I know his background, we come from a similar place, so I know how much this collaboration meant to him. That was a milestone for him.

You get that vibe. It wasn’t a feature, it was written together and the fact they hadn’t released a record in a few years showed that too.

Exactly man. I’ve been a huge fan of A Day To Remember for years too and you can hear that he went in and said ‘I want all of you on this’. There was no ‘here’s a quick topline and we’re out of here’. That was a real collaboration where you can hear them going in and having fun making a track. They made something new.

That’s the spirit of collaborations. I wondered where your tracks start. I assumed most would begin life on the guitar but then I hear Bad Times and Put Em Up and maybe not. It’s probably a combination…

It’s definitely always different. Put Em Up started with the drop. I’d been working with Kompany and he showed me some synth tricks and how to make different growls and basses. I went home immediately and wrote that drop. But then a track like Bad Times started off with an organ intro and big guitars which I used to start my shows for a while last year. That just kept on evolving. But then Solace started on the guitar with a melody so that was a lot more singer song writer style.

In which capacity do you feel you’ve progressed the most?

I think song-writing is where I’ve had the most gain in the last 12-16 months. Singing has always been a big part of it, but I’m a lot more confident about my song writing and lyrics. After writing Wake Up with Excision and Sight Of Your Soul with Dirityphonics it was important for me to develop that as a solo writer and really communicated on this record.

You’re loved in electronic world. But how well received is this style of fusion in the metal world?

Nothing against the metal world, but things are different. There’s more of a sense of pride and respect to the tradition. Like what’s allowed and what’s not. Who’s new. Who’s worthy of taking the metal stamp of approval. I don’t think I’ve got that from metal fans as much as I have from dance fans. It’s a harder world to break into than the electronic world. EDM is a lot more rapid and open to new ideas and evolves so quickly which is where I’m much more comfortable sitting. For some fans of older styles of music there’s still this perceived notion that electronic music artists and DJs are just button-pushing laptop musicians with no real talent or authenticity.

That seems quite old fashioned really!

Extremely. You see that with the older crowd who grew up on 80s and 90s metal but I regularly have people who message about showing their 48 old Aerosmith-loving mom Sullivan King and how it’s the first electronic music she’s enjoyed. That’s always cool.

Yeah man. So any rest for the wicked?

I don’t see much of a break coming. But it’s all good. I love what I do and I love being on the road. As tiring as it is, it’s the best job I can think of for me. After the end of the tour in February, I’ll be off for a week or two but even then I’ll be sitting in the studio, working on something fresh, writing more and planning the next tour…

Sullivan King – Show Some Teeth is out now on Kannibalen 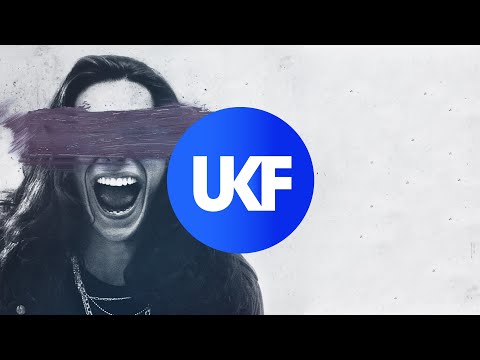 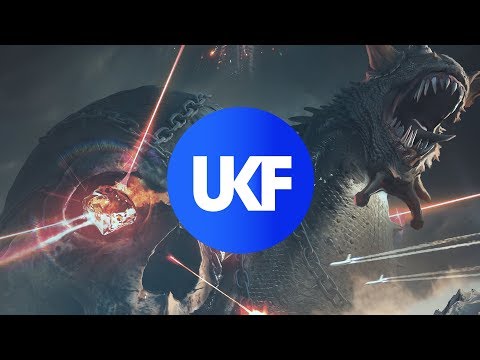 Kill The Noise & Snails – Shake The Ground (ft. Sullivan King & Jonah Kay)
AUDIO
0 shares
SIGN UP NOW & STAY LOCKED!Sign up to our newsletter to keep up to date with the latest streams, news, and events, all tailored to you.