Apashe is a producer with a big sound and an even bigger future.

The Brussels-based bass machine has already served up a selection of seriously weighty tracks in his brief career and there’s plenty more to come… But first, the long-awaited arrival for No Twerk VIP!

“I’m working on a number of EPs that are lined up for release after the No Twerk VIP is out, then the plan is to release an album,” he says. “Working on a big body of work will give me the chance to do some seriously drastically different things with my sound and will give me the opportunity to experiment a lot more, which is what I’m all about.”

We’re absolutely buzzing for that album to drop – in fact, we’re pretty hyped about all of Apashe’s forthcoming releases.

His past career as a full time sound designer has provided him with the knowledge of how to engineer basslines powerful enough to make subwoofers cry for help, and that deep understanding of bass is why we’re so excited to hear what sonic secrets he’s got up his sleeve.

But aside from bringing speakers to their knees, we caught up with the versatile bass connoisseur to discuss what else he’s been up, his year so far and a certain impending VIP release…

Seems like this has been your busiest year to date…

Yeah, this year has been insane! I’m just so happy to be in a position where I can make music without having to care whether or not it will work out. Everything is rolling now and I’m at the stage where I don’t have to be scared of what people will think of my releases; I can just let myself go and make music the way I want. The fact that more people are listening to my music with each release is cool, but it doesn’t really change anything in terms of my production – I make music sound how I want it to sound and don’t really think about how people might perceive it.

One of the best moments of your year must’ve been the reaction to your I’m A Dragon EP. How did that response feel?

It was one of the best moments in my life! I always wonder how people are going to react when I’m in the process of making an EP, so when they react positively it can be overwhelming. Some producers make tracks that they think people will like but I just think “f*ck it, I like it so I’m releasing it!” That attitude really pays off when there’s a good reaction.

Do you still work as a sound designer? Has this job affected your style of production?

No, I stopped working as a sound designer a few months ago when I started touring more heavily. I really loved that job and really miss it; sitting in a studio making music for a living was always my dream, and I guess I’m still doing it now but it’s a little bit more hectic! The main thing that job taught me was that you have to really work hard and focus to get results, whether it’s for a client or for yourself. When you’re making music for a client you have to take a step back and think about what they want, but now, I’m producing music for myself, and that’s a very different process.

What’s the main difference between your life now and your life six months ago?

It was far more normal back then! I liked the routine of that job; it was way more structured than my life is now. I worked nine-to-five everyday and that was it, but now I’m all over the place; I wake up hungover in one country then fly off to a different country before I’ve even had time to recover. It seems like an adventure all the time which is really cool, but also a bit messed up at times! Every now and then I wake up and think “what the fuck is happening!?” I don’t think I’ll be able to keep this up forever. In five years time, if I’m still touring, I’m going to do it in a far more chilled way…

How do you find the time to produce music alongside this hectic lifestyle?

It’s really difficult, to be honest. I really suck at producing music on my laptop – I’m far more comfortable when I’m in a good studio with good equipment. Some producers manage to make tracks on their laptop when they’re on the go but my old job involved working in big studios all the time so that’s what I’m used to. I can lay down a beat on a laptop but can never finish a track; I just don’t have all the plug-ins I need to make it sound as big as possible. I’m trying to get as much time in the studio at home but it’s not easy when I’m touring all over the world.

And when you do finally get some studio time, what’s your plan?

I’m going to keep doing what I’m doing at the moment, which is making music with lots of different influences; I’d say my music is kind of a fusion of hip-hop, trap and dubstep. I think it’s healthy to mix genres up and not just stick to one style. I still make some electro tracks every now and then and I’m actually working on a drum & bass track right now, although I’m not sure if I’m gonna finish it… People often say dubstep is dead and trap is dead but they’re definitely not; they’re just not as big as they once were, but I’m sure they will be again one day.

As you just said, you’re a pretty versatile producer. Does this come with difficulties?

Not really because people have been quite accepting of all the different styles of music I’ve put out so far, even the tracks that stray away from my ‘known’ style. That acceptance has given me the freedom to experiment a bit more. It’s important to take risks with your production. If you don’t take risks, everything just sounds repetitive and dull, and you’ll never make it as a producer. The risk I take as a producer is mixing my styles up so often.

A lot of people seem to be excited by the teaser video, so it should be a big release. The original was a big moment for me so it’s nice revisiting it. The video should be wicked too, we worked with a team of really talented Russian dancers.

It’s going really well on the label; we’re a really tight-knit family and we always help each other with tunes. It’s especially helped me with the business side of things, marketing my own music and communicating with the right people. Before life on the label, I was just making music and uploading it to Soundcloud, but now I know how to properly get my music heard.

How important is self-marketing in the music industry these days?

Unfortunately it seems that how you promote yourself is the most important thing in the music industry these days. It’s 20% music and 80% promotion and it worries me. It forces people to become businesspeople, which means they spend less time focussing on producing high quality music. People who make average music but put all their effort into marketing are getting more well-known than people who spend all their time producing but aren’t so good at the business side of things. I feel like it’s getting worse every day and it’s sad because I know so many producers that are so talented but aren’t that well known because they don’t have business acumen. Hopefully good music will always shine through above anything else…

We’re certain that good music will indeed always prevail above anything else, and by the sound of things, Apashe is going to putting out a lot of very good music in the future. Keep Apashe locked. 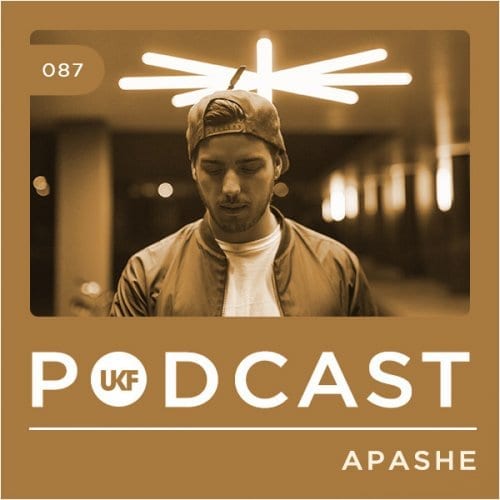 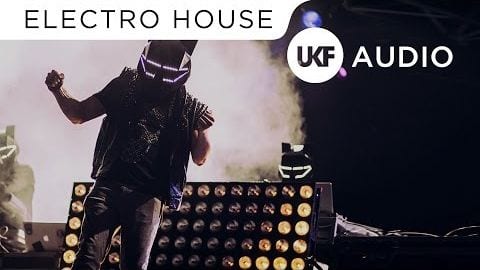 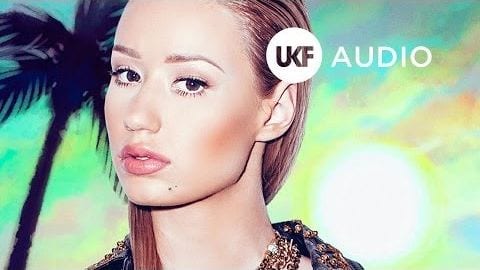 Iggy Azalea – Fancy ft Charli XCX (Dabin & Apashe Dub Mix)
AUDIO
775 shares
SIGN UP NOW & STAY LOCKED!Sign up to our newsletter to keep up to date with the latest streams, news, and events, all tailored to you.