We go way back with Munster-based operator Noclu. Right back to one of his earliest dubstep releases: Skankah, uploaded almost exactly four years ago.

Over the years that have passed he’s cast his net far and wide. Honing a powerful sense of atmosphere across beats, 140 and ambient styles (which can all be soaked up in his early works playlist on Spotify) he’s worked with the label likes of Hatched, Yusoul, Illusory and had the honour of being the first artist on two forward-thrusting new labels; Belgian connoisseurs DUPLOC and, earlier this month, brand new UK imprint Kikuju with the beguiling Folding Shadows EP.

A soul-smouldering glimpse into the deepest corners of his musical psyche, written during a period of life flux and loaded with disarming melancholy; from the trembling opening pianos of opening track Handle It to the last glacial shimmers of finale track Wide, Folding Shadows is one of the starkest narratives Noclu has composed to date. A body of work tailormade for all introspective moments you may find yourself in right now or in the future, we called him up to find out more…

Let’s go back to Skankah for a second…

That was an interesting time. I was making more dubstep back then. I’d done some ambient and music that I like to describe as bus-driving-while-it’s-raining-outside music before this but back then dubstep was more fluent for me. I still make it but not as much as I used to.

2014 was an interesting year to start making dubstep

Well in Germany we don’t get the hype so much over here so we’ve done our own thing and there’s a healthy soundsystem scene in the city where I live. I saw people were quitting it but I like the music so why should I quit?

There’s a lot of dub happening here. We have five systems in our small city – MSF Soundsyste, Kunterbunt Soundsystem, Subtone Circus, Rootsplague Soundsystem and my own crew the Sublime Soundsystem. We collaborate a lot. It’s a good community – we put on events and there are invariably more bassbins than people!

Nice. Dub culture and ambient; you can feel that strong blend in Folding Shadows. It feels like the EP was written during a particular time in your life, there’s a story weaved through it.

Yeah it was. I was writing them all during a hard time and it was something I wanted to express on this EP. They sound like a story because the root of them was the same emotion. My mind, my situation and changing life a lot. I’ve been unhappy with my job so I quit that and became a student again. Maybe I can call it a quarter life crisis.

What were you doing as a job before?

IT engineer. I’d been that for my whole life and I got back to studying. Right now I’m just getting my academic qualifications up to date so I can study what I want to.

Give us a persy favourite from the EP….

Thoughts In Stereo. It has that progression I really love and it totally took me by surprise. The soundscape gets fuller and fuller and I got more excited as I produced it. I was throwing in these elements and just took a life of its own. I couldn’t have predicted that climax when I set out to do it.

For me it’s Lost In Your Blanket. There’s some Radioheady vibes in the overlapping textures in there…

I love Radiohead. I’m a big fan of them. I’d not thought about this but I produced the EP around the time Moon Shaped Pool was released. I was listening to that a lot so it’s found its way in there subconsciously. maybe it’s there.

Do you play any musical instruments?

Yes I’m learning guitar and used it on Folding Shadows. I have played the drums for 16 years now, too. I’ve been in a few bands. One that was in my youth and one I play in my city. It’s an old school American hardcore band.

So you got a hardcore scene in Munster too?

It’s a small punk scene, compared to Hamburg for example, but here are a lot of concerts and many bands. It’s a great place to be!

Being the launch artist for new labels like DUPLOC and Kikuji is great place to be, too…

Yeah it is. It’s an honour. I feel a bit special sometimes. There’s something new coming on DUPLOC soon actually.

Got more stuff like this Folding Shadows EP planned?

Yeah sure. But I don’t force myself to write one style – I want to explore things as much as possible. Let’s just see how things go…

Noclu – Folding Shadows is out now on Kikuji : Bandcamp / Vinyl 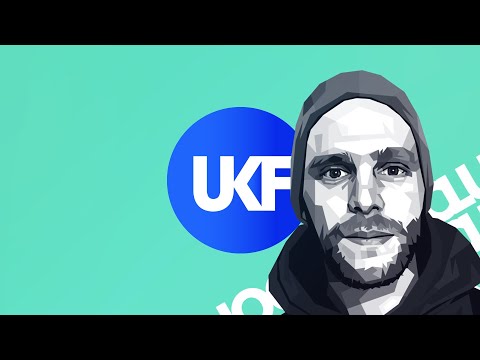 Free Download Friday #3
WORDS
23 shares
SIGN UP NOW & STAY LOCKED!Sign up to our newsletter to keep up to date with the latest streams, news, and events, all tailored to you.