Always present on larger EPs and albums, but never extolled as much as their heavier club-denting output, it’s taken the label co-founder Pavilion to bring the label’s more experimental, emotional and late-night chapters into one place and highlight just how broad the label has always been.

21 tracks deep; Earwax ranges from cult classics such as Brown & Gammon’s Be There to touching, raw soul moments such as Engine-EarZ Experiment’s Blue Moon and Submotion Orchestra’s 1968. There’s also a generous spoiling of freshness from the likes of Khwezi and turntablist legend DJ Kentaro.

For Flux it’s not implicitly about the depth, cosmicity or feels, but more the sense of timelessness the music conjures… And how its abandonment of trend or current reference points creates a blueprint any aspiring producer should consider. Just like the beats on Earwax, it’s time to scratch below the surface…

Earwax: The deeper side of Circus. Discuss…

It’s always been part of Circus. The core of the label has always been a platform for artists to do whatever they want. We were bored of having to cater to labels when we started. Circus was about doing our own thing. That’s always been the ethos. Write whatever you want. But in terms of Earwax, what I’ve found over the years was that part of the writing process would be ending up with these tracks that are more experimental or unusual, so you save them for a particular EP or project but that EP or project doesn’t come. So you miss that moment. That’s what this album is about… I feel there was a bit of Circus missing, we haven’t had this outlet where all our artists can really just have their time to do whatever they want to do. It’s an intrinsic part of what Circus was all about, it just took us fucking ages to get round to doing this.

There are some classics in there. Was it a nice nostalgia trip going back over the vaults?

I guess. But for me was the sense of timelessness. So I wasn’t looking for nostalgia. Like some tracks capture a moment, right? Bass Cannon. That captured a moment and lives in its time. They’re great tracks to write. But tracks that sound great now and tracks that sound great in 10 year’s time are different arts. So all these tracks are tracks I’ve always loved and have stood out to me. Brown & Gammon’s Be There. I’d heard that through a friend and I was like ‘what is this? I need to release it!’ I go back to that now and it doesn’t sound 10 years old to me.

You can’t try and write timeless music though can you?

No. You can never guess because we’re always writing in the moment we’re living in. Current trends, what’s happening in the world, the person you are, how you feel that day. You’re embodying that very moment in time. But some tracks slip into this space of not being defined by that period of time and you never know what time will do. That doesn’t mean to say you should sum up the moment, which is more about letting things flow.

More importantly is the sense of legacy that people forget. I worry what people focus too much on making an impact right now. But think how long this music will exist for. I’m lucky that people are enjoying my music while I’m still alive. There’s a much grander scale to be had; some people don’t get to experience their music being appreciated during their lifetime. There are hundreds, thousands of years in the future where our music can be appreciated.

Well yeah. Trying to put all your stock in one moment? Looking at this one moment in time as success and failure? That’s toxic. If a piece of music hasn’t done well at this moment it is deemed a failure. But I don’t believe in that. If you don’t like what you’ve written? That is a failure. If you like what you’ve written? That’s a success. That’s the long game and that’s what we celebrate at Circus.

Yeah, you should be writing music that ideally lasts forever.

And be aware of how it’s appreciated as you develop. Here’s an example; I was talking to my mum and said how I’m lucky to have so many people come to my shows because I feel I’m moving away from what’s cool but they still come. Like I’m not trying to stay current any more, but my fans are still there. I feel they’ve got my back more and more. My mum had been to see the band The Stranglers and pointed out that they aren’t cool or current, but she still loves their music and goes to their shows. That’s what we’re dealing with here. There’s probably about 3/400 people who deeply care about the scene but the rest of the people just like music. They like what they like regardless of whether it’s cool or current. Real music fans don’t care. They listen to whatever they like and will support it. The industry is fickle but the fans who pay our wages and put time and love into investing in our music and going to our shows don’t care about the industry. They like music. We should remember that and should make our decision based on our music to give fans the best we can.

You’ve struck me as someone who doesn’t care about being current but it seems like maybe you did before?

I think we’re all guilty of that from time to time. I think it’s more prevalent in your 20s because you realise you have the world at your fingertips and you want to try everything. And to do that you look around at what other people are doing and you can get lost in that. Especially with social media. I’ve been guilty of it and I’ve made stuff thinking I need to keep up. But that’s the music I never release, and you’ll never hear. You can’t write someone else’s ideas. Not with authenticity.

That must be hard when you DJ and run a label… You’re always listening to music so prone to influence from other people.

You have to wear different hats. The label guy has a hat and that helps with the DJ hat. You can hear what’s happening and you’re in touch. Skrillex once told me he gets inspired by tracks in his set. It’s not necessarily the track itself. It’s the moment and atmosphere it creates in the mix and he uses that as inspiration to start the idea. I love that; you’re inspired by the atmosphere by the song creates. I’ve tried that from time to time. It’s about channelling the energy and vibe. Translating the feeling I get and the feeling from the crowd.

That’s interesting. Like analysing exactly what it is that causes that feeling? Like a chord change or an arrangement detail?

No, it’s the total opposite. We can’t concisely explain what a feeling is and there’s no way to create it naturally so you go by your gut. It takes you out of your brain and into your body. I’ve stopped using my ears. I try not to think about the production, I can get a sound I want easily but getting the feeling in my stomach isn’t so easy. There’s no science, it’s gut feeling.

I like that. So back to Earwax… Is this your baby or will you have different artists curate each album?

I’ll be curating the next one at least. It’s something I’ve always wanted on the label. It makes me think I’ve stepped on the first stone of a path that could go somewhere special and I want to take it there. It’s in the same spirit as Funtcase’s DMPO; that’s his thing. We can’t do a version of that; that’s him, his life, his sound, his ears, what he hears in music. That’s what Earwax is to me.

Awesome. Also, it’s great to see the DMC champion legend that is DJ Kentaro on the album…

Absolutely. I think we’ve all dug deep into turntable video rabbit holes at one point in our lives and Kentaro was someone I kept coming back to. So much style and character. So yeah to have a release from him is very fulfilling. It reminds me there’s so much more to the artistry of the scene than what’s ‘popping’. It’s nice to case that net wider and show there’s all sorts of walks of life making amazing music.

Our label manager Andrew found Khwezi and when he sent me All For You. I remember thinking ‘shit I wish I created this!’ That was the feeling throughout the album… That feeling like ‘damn I wish I did this!’ Music I’m jealous of. I love that.

Tell us about Ork¿d, too…

Alongside G Jones, Ork¿d is one of the most fascinating artists in my life right now. Rosalia has a groove I’ve never heard before. It’s got something to it. Ork¿d is very separated from the EDM scene and you can hear that. He’s using his gut to write grooves and experiment. He’s fascinating. I want an album from him!

Yeah. To embark on a project like this and put together pieces of music I love so much is great. And just to sit back and listen and enjoy…

Yeah. And a rarity; when a label collate things, we often worry if things work or what will happen or how it will fit. But the point of this was anti business in a way. It’s about finding and celebrating talented people and their creations. When we sign music I say ‘I don’t want to hear hits. I want to hear the tracks that you enjoyed making and love the most.’ Because 10 times out of 10 that’s the track we love the most too….

Flux Pavilion Presents: Earwax is out now on Circus Records 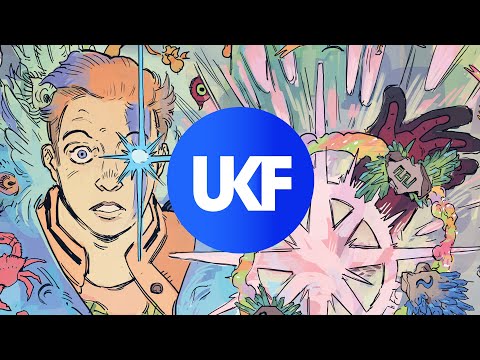 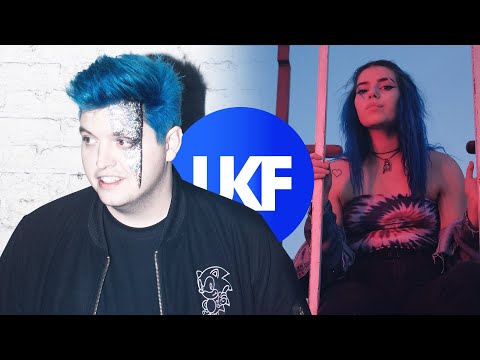 Flux Pavilion & Feed Me – Survive (ft. meesh)
AUDIO
0 shares
SIGN UP NOW & STAY LOCKED!Sign up to our newsletter to keep up to date with the latest streams, news, and events, all tailored to you.