What makes the perfect remix?

Something that completely flips the original’s vibe with head-twisting results?

Something that subtly adds to the original with total respect?

“It’s been such an anthem in our world and I wanted a new way to play it,” he explains. “I make a lot of my own versions of tracks to play out and that’s what this was for a long time. I’ve been playing it for in every set for eight months, so I sent it to Joker and told him it’s been popping off every time… He got back to me and said ‘yeah, I played it last night. Wow!’”

Bridging the gap between classic dubstep and the fundamental freneticism of keyboard-splintering P-funk that inspires Swindle in the first place, it manages to fire us Joker and Ginz’s original back to the Parliament-governed late 60s before switching us off into a not-so-distant dancefloor future.  Or, like Joker says, wow.

Swindle hasn’t done a huge amount of remixes. And there are even less made of his work. But that hasn’t stopped us gleaning some creative tips…

You have to feel it!

“Bottom line: creativity has to come first. As a rule you have to feel the track and know there’s something you can do with it. Your heart has to be into it. There can’t be any compromises.”

“Sometimes it’s nice if I don’t hear the original. I really like being sent parts and just listening to them without any preconceptions. I’ll sit, listen and think ‘ooh, that’s interesting’. It’s really satisfying to do it like that, but it doesn’t happen often… If the remix is of a friend of mine then nine times out of 10 I will have heard it already.”

“While you’re listening, imagine how you can convey the parts in your set. Imagine things in your own language. Personally the club never leaves my mind: how will I drop this? What will the reaction be? When I was making the Purple City remix I could constantly picture people thinking it was the original but when they think it’s going to drop, it suddenly breaks down. I had that in my mind all the time.

There should be a connection…

“So if you’re just starting up as a producer then this one is hard because you don’t want to say no, but try and make sure there’s a connection or some type of consistency with who you are remixing. Sometimes you get asked to do a remix because a particular label want a particular play in a certain area. I do try and stay away from that; but I do understand it. Sometimes it feels disconnected, it’s like a label manager has looked on UKF and seen the most popular artists and picked them. It’s cool in a way, it gives us work, but there needs to be a stronger connection for me. So a remix, for me, has to relate in some way. This remix of Joker, for example, has come about because Liam and I have worked together and people have been asking for years for something like this to happen. I love for things to be organic. Like Roni Size’s remix of Running Cold… “

“He was hitting me up because he’d been playing some of the tracks from my album and I’d been listening to him for years. Since before I was even Swindle. For me to get a remix from him was pretty special. I was a Roni Size, Full Cycle and massive drum & bass head for a long time so it was mindblowing.”

“One of THE most classic remixes in the history of remixes. I remember buying this at Wax City, Croydon like it was yesterday: one-sided white label with just a question mark on it. I didn’t know who’d made it or anything, I was so buzzing when I picked it up and heard it. I knew it instantly from a One Nation tape pack and didn’t need to think about this investment for a second! One Nation tape packs were like radio for us for a little while. You’d pause the tape or where the track was on the tape then you’d run to the record shop and go ‘what’s this tune, then?’ I’ll never forget hearing this for the first time… The One Nation tape I heard it on had this and Warhead on it. That was me sold, I was fully committed to drum & bass from there on.”

“SUCH an amazing remix! He’s taken it to such a completely different zone. It’s one of those tracks that’s so good that even though it’s not dancefloor in the slightest, in the right place and the right time this can shut down any rave. It’s super calm: So many memories of so many crowds holding up lighters. That moment when everyone is together.  We’ve been partying like crazy then it drops into that and everyone shares that moment. It’s like praying. It’s like church.”

“THIS! Eminem, Dre Dre, Xzibit, Snoop Dogg and Nate Dog. You don’t get bigger than that! I love Dre, he’s been a huge influence for me and this sums up his skills. It’s got such a vibe to it. And I love the way the lyrics reference the original in their own way. I don’t need to say any more, an essential example of a perfect remix.” 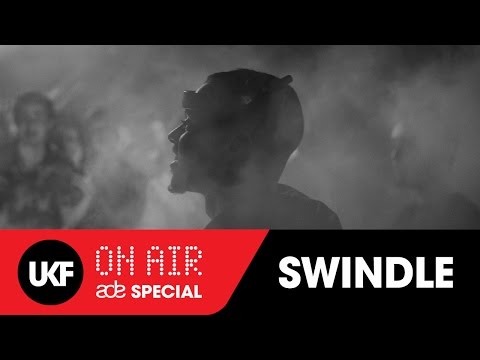