Very few names in drum & bass ruffle the brain feathers with the same sense-melting delight as Phace & Misanthrop. Name-checked by almost every DJ in D&B many as two of the most influential producers in neuro, the German duo command total concentration with every audio outing.

But there’s much more to the Neosignal champions than complex arrangements of industrial strength production techniques. They’re not shy of the occasional subtle political message in their music, too.

As Neosignal their Planet Online video animatedly fingered the internet’s underbelly, Misanthrop recently warned of fat cat money merchants on Greed Of Gain and their latest single references the age-old commerce reliance on bottoms and boobies. But it appears this particular message is a step too far… Sex Sells doesn’t just ruffle the cerebral feathers of fans; it’s ruffled up Facebook’s feathers, too!

At the end of the day we’re here to please people and make sure you all have a good time. It’s impossible to stop and waggle your finger and say ‘please think about these massive issues!’ during a rave.

“Facebook censored the word combination of ‘sex sells’!” laughs Misanthrop. “It’s so crazy… We wanted to show the problem but got censored for even trying to discuss the idea. That’s the whole thing we had in mind. It sums up why we’re making this little statement.”

Note the phrase little statement: While Phace & Misanthrop are keen to establish a little depth to their agenda, they’re all too aware of the difficulties having a political message in dance music can pose.

“If you’ve got nothing to tell people then just show some ass and tits and everything is good,” Misanthrop continues. “But we do have something to say. I always think about criticism of the government. I think about politics a lot. But a balance must be kept… At the end of the day we’re here to please people and make sure you all have a good time. It’s impossible to stop and waggle your finger and say ‘please think about these massive issues!’ during a rave. So you have to tread a very fine line. We want to make people dance and have fun at the end of the day.”

And it would seem that someone was definitely having fun when the steamy moans and groans used in the single title track were recorded. This ain’t no crude, crass samplepack attack… They come from Phace’s personal collection.

“The vocals are from my secret soundbank,” grins Phace. “I will keep the identity of the source secret but it came from a fun session I had many years ago. All I can say is that the male voice is myself. It’s been deep in my hard disc for a long time.”

Putting the hard into hard disc… And if you like that found-sound fact, check out the sample abuse on THIS equally powerful track Nordwand:

That mad rising hoover style noise on the build up to the drop? That’s Phace’s inflatable guest mattress that Mefjus happened to be using…

“Mefjus came over to catch a vibe, see what we do and do a little collaborative stuff. His presence gave us a real Austrian vibe when we wrote this,” explains Phace. “It painted that feeling of walking up a mountain on an icy night. Anyway, Martin was sleeping in the studio on an inflatable mattress that automatically pumps up. When you start it, it makes this really fucking mad noise. It’s like 10 times louder than a hairdryer. When we randomly started it up while working on the track we were like ‘wow! This really fits in nicely with the start of the track!’ So we sampled it up and used it!”

One long awaited single, two killer tracks and two cool stories about using recorded sounds in productions: Phace & Misanthrop have delivered on every angle. And this deliverance is about to go next level…

We also learnt that the duo have LOADS to unleash before the end of the year: More D&B, more Neosignal band material and a killer Neosignal band live show that’s been meticulously created by the guys.

“It’s been so intense bringing it all together,” admits Misanthrop. “It consists of 20-30 tracks and we’ve done a video for all of them. It’s been a massive amount of work. We had a Coppola-level journey in our minds and had to make it a reality. We’re ready to bring it…”

We’re ready to experience it. Neosignal Live launches on September 5 at La Bikini in Toulouse. Keep the guys locked for more sexy updates as they come in. 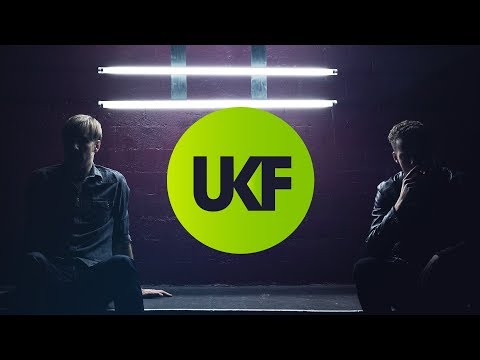 Phace & Misanthrop – Nordwand
AUDIO
28 shares
SIGN UP NOW & STAY LOCKED!Sign up to our newsletter to keep up to date with the latest streams, news, and events, all tailored to you.