Some artists seem to catapult themselves into the game and hit the spot so succinctly it feels they’ve been part of the furniture much longer than they have. Some artists like Bushbaby.

Last spotted on this site in his first ever interview in July 2017 (and since spotted on UKF via numerous uploads and his recent role in our Bass Culture 4 album, Let Me Hold You) Brighton-based Harry Bushby has continued to whip up a sonic storm across bassline, breaks and far, far beyond…

His latest EP, Phengophobia, takes his sound even further than anything he’s previously presented to the world. Released last week, and three tracks deep, once again it flexes in all directions: Up front we have the bumping wobbler Hold Up, it’s flanked by the pranged out Dread MC-fronted stepper Montana and finalised by the abyssal title track Phengophobia; not just a term that means an aversion to daylight (something Harry has experienced himself) but his first official beatless, ambient style release. Building on experimental tracks he’s only ever shared on Soundcloud before, it’s another interesting diversion to date, and perhaps one of his most personal ones, too. Get to know…

Phengophobia. I’d never heard of this word until your EP dropped. What a word. It Sounds great and looks great…

It’s lyrical. Do you personally have an aversion to daylight?

Yeah I did in 2015. I had a downfall in my health and I didn’t like going outside when it was daylight. I became nocturnal. I didn’t feel at peace in the light. It was a very unnerving experience.

Your On The Wax video goes deep about your experiences with mental health and psychosis. Was phengophoiba part of those symptoms?

It came directly after that actually, yeah.

Do you still experience it?

Maybe once or twice a month. I wouldn’t call it a problem any more.

The track itself is very telling… Is this type of music they type you’d write you experience it?

I wasn’t writing that much when I was feeling like that way because I’d be awake at night and didn’t want to wake my folks up. I was living with them at the time. But that song is a materialisation of how I felt that at that time, for sure. It has a meaning to me but everyone can make their on perceptions of it and make of it what they will.

Nocturnal people are often seen as social people who are out all night but this is a lot more solitary isn’t it?

I’ve never been that much of a social person. When I felt like that, going out and clubs and meeting people was the last thing on my mind.

How do you approach gigs? They’re highly accentuated social experiences…

Yeah, like super social. I don’t know actually. This weekend I’ve got four gigs over two days and that’s cool because I get into the flow of it and by my second show I’m fine. I’m with my manager or girlfriend so I’m not completely alone. But it is quite a contrast when you’ve been travelling all day then you get into these events and there’s thousands of people. It can be strange.

Is it relieving for you that people are talking more about mental wellness?

There certainly seems to be a lot more people talking about it, which is good, it’s never healthy to keep things for yourself and the more awareness of it we have, the better. But I don’t want it to be normalised, it should still be treated with care. You shouldn’t use it as a reason to hold yourself back, you should try and push yourself.

Like you have. We did your first interview last July. But it feels like you’ve been about much longer than 18 months ago

It does. It’s been pretty mad. I remember saying to you that it felt like it was getting crazy last time. Then it suddenly got even crazier.

What’s been the craziest moment so far?

SW4 with Sammy Virji. Then my biggest weekend a few weeks ago with Warehouse Project, Detonate, Fearfest and Westfest. That was an insane weekend gig wise.

Oh the UK has it on lock right now. No doubt.

Release wise you’ve been very active in the last few months. Since the All N1te track you gave away.

Yeah that one was interesting. We made a video with a code that unlocked the tune after so many shares. It was in code so people had to decipher it. For a while I was worried that would put people off but I total underestimated people so I’m sorry about that audience!

Amen. You’ve got to have faith in fans. The real ones who give a shit will spend the time to work something like out or understand if you change direction or try something new.

Yeah there are different sections of audience aren’t there? The die hard ones, the outside listeners and things like that. I’m lucky, every tune I put out is different to the last so hopefully people have that idea that they never know what to expect.

You set that up from the off. The more ambient stuff is the next layer in a way.

Yeah. I’ve put out ambient tracks before on Soundcloud but never on a release people might pay for. It’s not my level of expertise but hopefully people like it.

Do you play ambient music when you want to take your head out of the bassbins a bit?

Yeah I love it when I’m travelling on the train. I love Djrum, Andy Stott, Brian Eno… They’re a good place to start if you’re interested in that side of the music. Like I said, it’s not my area of expertise, I don’t know if there are rules to it that I should have followed, or whether someone will say ‘that’s not ambient’, but it’s something I’ve made and I’m happy with.

You strike me as someone who doesn’t particularly follow rules…

Yeah that’s what I get from making so many different styles. I made a techno track the other day, for instance. I don’t know much about techno besides the fact I like it, I don’t listen to it critically. So when I made the track it sounded great to me because I didn’t know what should sound good or bad. Taking the rules out make things a lot more fun.

Definitely! So what comes next? It’s been a big year with releases on the likes of Maraki and obviously with us on Bass Culture 4. Are you able to squeeze in any more this year? 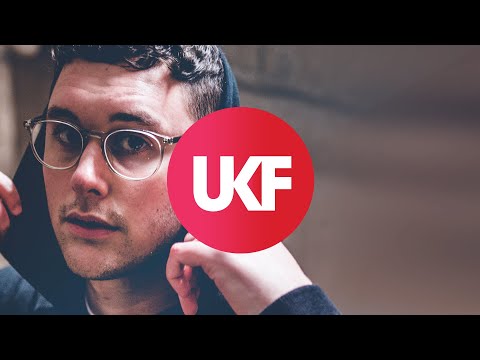 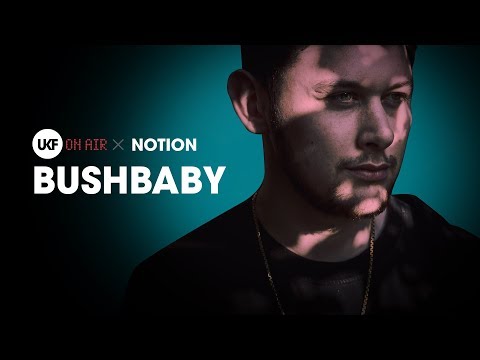 Bushbaby – UKF On Air x Notion (DJ Set)
VIDEO
0 shares
SIGN UP NOW & STAY LOCKED!Sign up to our newsletter to keep up to date with the latest streams, news, and events, all tailored to you.