Last year, we brought you the exciting news that The Prototypes had an album lined up.

Earlier this year, we brought you the even more exciting news that the album was done and dusted.

Yesterday The Prototypes – City Of Gold finally landed. And we’ve got a full track-by-track walkthrough of the album courtesy of the boys themselves.

As was to be expected from a pair of producers who have become loved for their hard-hitting production, the album is a relentless, incendiary journey through a range of genres and tempos. The clue was in Pop It Off, one of the most unanimously unifying cuts in D&B this year so far.

“The reception to Pop It Off has been really amazing,” says Nick, half of the duo. “We had last minute jitters before releasing it but luckily the guys at Viper assured us it was a banger and since then it’s just gone crazy.”

Prepare to be taken on a journey into the duo’s promised land; The Prototypes – City Of Gold…

Chris: “We’re both into really epic films like Oblivion and Interstellar, and we love epic film music made by the likes of Hans Zimmer. We wanted to replicate that blockbuster sound in the intro to this track and we also thought it would be a good way to kick off the album.”

Nick: “We wanted to tell a story from the outset, so this track sets the scene. Then the drop is pretty much an upgraded version of Pale Blue Dot! If it works, why not keep doing it?”

Nick: “Pop It Off was originally two completely different tunes, which we then stuck together. To start off with, it was a really dark tear-out tune, then we put Mad Hed City’s vocals over it and it didn’t really match up, so we incorporated elements from another tune we were working on and pieced the two projects together until it worked.”

Chris: “It’s a bit different to anything we’ve ever written before and different to most of the album. We really weren’t sure if people were going to like it, but luckily it’s gone down really well.”

Chris: “This one started out about a year ago and had a different vocal on originally. To start off with, the vocal was taken from a sample pack which had a few sick bits followed by bits we weren’t that keen on, so we spent ages searching for someone to redo the vocals until we found Ayak and Laconic, who absolutely smashed it.”

Chris: “This one was Lights originally but we wanted to put some vocals on it for the album version. We had always wanted to work with Ayah Marar so she seemed like the obvious choice. She actually sent the vocals over to us before it was released as Lights but we wanted to release an instrumental version and save the vocal version for further down the line. She really smashed the vocal, as we knew she would.”

Nick: “This one has been getting one of the best reactions on the dancefloor out of all the tracks on the album. The reception it’s been getting in the last few months in particular has been crazy!”

Chris: “We like to play a lot of exclusives of our own tunes in our sets because when we play last on a big bill, we find that a lot of people have already played our tunes, so it’s good to have backup versions! That’s definitely not a complaint, though…”

Nick: “This tune is technically a VIP of the VIP, so it’s a serious VIP…”

Chris: “We’ve had a go at experimenting with different genres before and we wanted to do so on the album to give it a more diverse edge. This one came about towards the end of the album process and just seemed to fit really well, as it gave the whole album more scope. When we listened through the album we realised it needed a bit of a break from drum & bass to mix things up, and there are a few other non drum & bass tracks too which also have that aim.”

Nick: “There’s a drum & bass remix of this tune too. I think that proves that we’re not very good at staying away from the genre we love for too long; it always pulls us back!”

Nick: “This was an idea originally from 2013 that started out as an instrumental before our management sorted a vocal version. When we listened to it and didn’t know who had laid down the vocals. We were pretty shocked to learn it was none other than Donae’o!”

Chris: “He called us up to ask if we liked what he’d done, which of course we did, so we ended up getting in the studio with him and nailed down a big vocal session. He also helped us change a few things about the original demo. He’s really good fun to work with and a really talented singer as well.”

Nick: “This one’s obviously been around for a while but still gets played out loads, which is wicked. It was a similar situation to Pop It Off with this one; it got a really good response from the guys at Viper, which then really spurred us on to make it as good as it could be and release it.”

Chris: “After our remix of LRAD didn’t get released, we toyed around with ideas for quite a while, coming up with similar ideas that we knew would work, until we stumbled across this and it just clicked from there.”

Track 9: Is It Love ft. Laconic

Chris: “I’ve personally always loved making little string melodies and little things like that, and that’s pretty much how this whole tune came around; just messing around until I came up with something that worked.”

Nick: “It was a tough decision choosing what track to come after Pale Blue Dot – in fact, we probably spent at least a few days trying to order each track as best as possible, because we wanted the album to run as smoothly as possible.”

Chris: “This one originally started out as a house tune before we sped it up to drum & bass and it seemed to work really well. At first it kind of had a J Majik vibe to it, which we really liked.”

Nick: “I don’t think we could have got anyone better than Amy Pearson to lay down the vocals on this, she did such a good job and because of that, we love playing it out every time, it always gets a great reception. We toured America in March and this was the most popular track out there.”

Chris: “This is a nice little interlude at house tempo with no beats in. We made it with the intention of giving everyone a cheeky breather!”

Nick: “It began life as a cheesy house tune with a vocal on it, but then we decided to make it into something people could just chill out to and fade away.”

Nick: “This one is actually about doing drugs to be honest! When we finished the track and listened back to it, it reminded us both of when we used to go to illegal raves and big warehouse parties as teenagers.”

Chris: “Yeah, and those events were always filled with excitement but fear, which is the sound we tried to replicate in this tune.”

Nick: “This one was on the flip of Don’t Let Me Go. When we wrote Don’t Let Me Go, people were on our case asking for another track to make it a bigger release, so we slogged it out and eventually came up with Humanoid. Some people think it was dwarfed by Don’t Let Me Go but it actually went straight to number one on Beatport, beating the lead track.”

Chris: “There’s a lot of emotion and feeling behind this one. It’s actually about my mum, who sadly passed away in August last year. She’d fought with arthritis and osteoporosis for around 20 years before losing her battle last year. The title refers to the moment she died. It was obviously very tricky to write about such an emotive subject, but we felt it was a nice, poignant way to end the album.”

Nick: “There was a bit of debate as to whether or not it should have been on the album but we thought it was really important it was on there, regardless of people might think when they hear it closing the album.”

The Prototypes – City Of Gold is out now: iTunes / Beatport 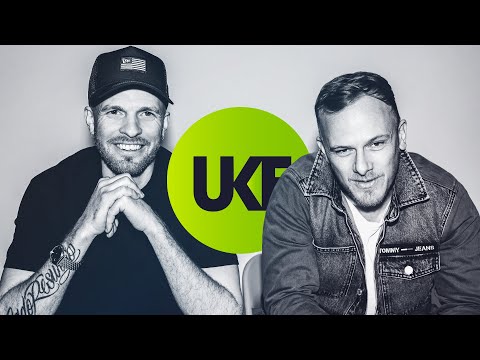