Last summer Reso returned from the game scoring wilderness with his first original material since his 2015 album Ricochet.

Firing in all directions from his own freshly launched label RX0, the four track Kodama EP set the tone for the slew that’s about to drop from him this spring and summer. A slew that stretches from the standard 170 we’ve come to expect off him recent years to the 140 he first made himself known for in the late 2000s and has recently returned to, feeling re-inspired, with killer dubstep tunes such as this…

With the second RX0 dispatch expected to land on April 20 (and with it a whole tonne of drumfunk drama) plus more set to follow, we felt it timely to give him a call…

Yeah I’ve been trying to get back on it again. I took a little break for a while to focus on the video game stuff, which I’m still doing and love, but I wanted to get back to the beats again. Inspiration ebbs and flows doesn’t it? It’s weird. Sometimes you feel really happy with your output, other times it’s very hard to feel comfortable with what you’re making. But I’ve recently moved house with a new studio space and I’ve been buzzing about the music again. I’ve got to ride this wave of creativity while it lasts. Plus it does seem like dubstep is enjoying a resurgence which has refreshed me a little, I must say.

Yeah definitely. And my approach as well; I’m really trying not to spend too long on tunes. I’m one of those guys who slaves away over a loop for hours on end, endlessly tweaking one hi hat until it’s lost all its soul. I’m trying to be more responsive and finishing tunes in a matter of days, not weeks. Get a vibe, ride that vibe. Going back to the same project the second week in a row you start to hate it.

Do you have a list of people you send stuff to so you don’t feel like you’re in isolation?

Yeah a few producer mates but also house mates and my girlfriend. People who are into music but aren’t DJs or producers. I’ve got a network of people and that helps but I do things a lot on my own. I don’t play anyone anything unfinished.

So by then you’ve gone way past your overthinking phase?

Yeah that’s more down to me. It’s a psychological thing. I’ve got into the habit of phases: there’s the creative phase where you add as much shit as possible. Then there’s the editing phase because it’s just as effective to remove things. Then you leave it for a week and listen to it on as many headphones and speakers and places as possible to see what needs fixing.

How has working on games helped your production approach?

Games are a very different approach. Starblood was fun because it was battle music. High impact, two minutes and that’s it. But other games you need music for the exploratory part, the battle part etc. There’s a fine balance of having something that won’t piss people off after they’ve heard it 100 times in a row. You’ve got to make it good yet also a bit bland at the same time, which is a strange challenge. The reactive side of game music is amazing, though. How stems are triggered at certain points. Now that’s really interesting and something I’m only dipping my toe in. There’s a program called WWise, which is a piece of audio middleware that programs the audio into the game.

Yeah totally. It’s made with a DAW sensibility with busses etc but it’s non linear, so you have a loop that could be like a simple pulse, then you see an enemy so that triggers a game call to activate combat mode and so on. It’s really complicated but I’d love to know more about how to use it. So far I’ve done different parts, different intensities and stingers for other people to program into the game but you can super deep with things like this… I’d like to some day.

What’s it like to hear your tunes on a game? Must be a buzz!

The first things I heard in a game were my tracks Otacon and Slapchop on Crackdown 3. They play when you get in the car and the first time I heard that I was like ‘THIS IS FUCKING SICK!’ Obviously as a gamer that’s a huge achievement. It’s up there with the first vinyl you release. It’s also amazing how people find you through games.

Yeah loads of people got into D&B through GTA

Yeah man MSX! With Codebreaker and Timecode. I’ve got a rip of that on my phone that I still listen to. So sick.

When you make game music do you make it as Reso or just as Alex?

I don’t know what I do in that way. I don’t think other people know too. Sometimes I get people saying ‘ah yeah but you just make brostep mate!’ Or ‘you just make neuro mate!’ I should really look into some new aliases because I confuse myself sometimes.

Yeah you asked fans on Facebook about having multiple aliases a while ago. What was the response?

It was exactly as you’d expect; some people were like ‘yes! Do aliases!’ others were like ‘No! I like Reso!’ I know I could split up my stuff into maybe four or five different categories but I’ve done so many styles, it’s like how many fucking aliases do I need? I know from a marketing perspective it’s much better for me to make one style and I know a lot of people who’ve had massive careers off doing the same thing but I can’t do that. I sit down and think ‘right I’ve depleted the grot tanks this week, let’s do something lighter and soulful to balance that out’

The best producers have always done a lot of different styles

Yeah I think so. And when I listen back over everything I’ve done I’ve found the hype shit ages really badly. The times where I’ve been like ‘let’s make a banger!’ have aged badly but the deeper or more experimental stuff hasn’t.

Any movement on your Realms project?

It’s on the to do list. I’ve got some ideas and demos I need to finish. I did that project because I love post rock, progressive stuff and bands like Mogwai and This Will Destroy You. That’s a fun side project like ‘oh let’s play some guitar’ and the other elements.

And the drums of course?

How about modern dubstep? That’s pretty beautiful too…

Yeah I know it’s never gone away but it does feel like a second wind a bit. There’s a lot of stuff out there that’s really interesting and exciting me and making me say ‘this is sick’ a lot. Maybe it’s due to a new generation. Maybe it’s due to the fact that it’s been long enough for us to forget how shit the Bro sound was. Either way, there’s some really inspiring stuff happening right now.

Can you pinpoint this to any particular moment or tune?

It’s been gradual over the last few months. I met up with some friends who I released some early bits with called Search & Destroy. Then randomly reconnected with some people I went to FWD with and I’ve been slowly rekindling my relationship with dubstep. It’s like getting back with an old girlfriend in a way! I’ve been doing drum & bass for six years solid and what really excites me about drum & bass is the halftime thing. It’s got the dubstep influence, it’s hip hop, it’s drum & bass. That inspired me. And from that I found myself working at 140 again because it’s a very similar aesthetic.

Halftime has definitely played a role in the dubstep continuum

Oh yeah man. Halfstep beats at any tempo fucking work. There’s something about it. I see some people moaning about halftime on forums and groups and they HATE it. It’s not even drum & bass to them but I personally think those people have no soul. Even a halftime break in a metal song has serious power. It’s like 100 times more savage but at half the speed. Immense!

I’ve got the next RX0 release which has a deeper bit and some drumfunk stuff on there. I’ve got a release on Albion Dubs who’ve asked to release Focus Inwards and something on Slugwife which is a whole halftime affair with one 140 tune in there. Then I’ll just see what happens from there. All I can do is try my best and if people like it then fuck yeah! Awesome! 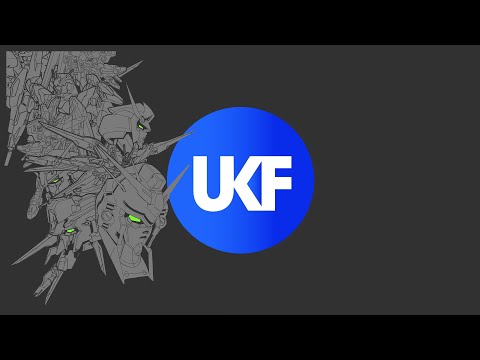 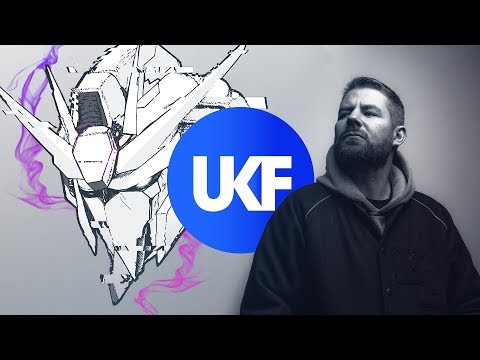 Dolby Atmos: The Revolution of the Sound System
WORDS
2.0K shares
SIGN UP NOW & STAY LOCKED!Sign up to our newsletter to keep up to date with the latest streams, news, and events, all tailored to you.