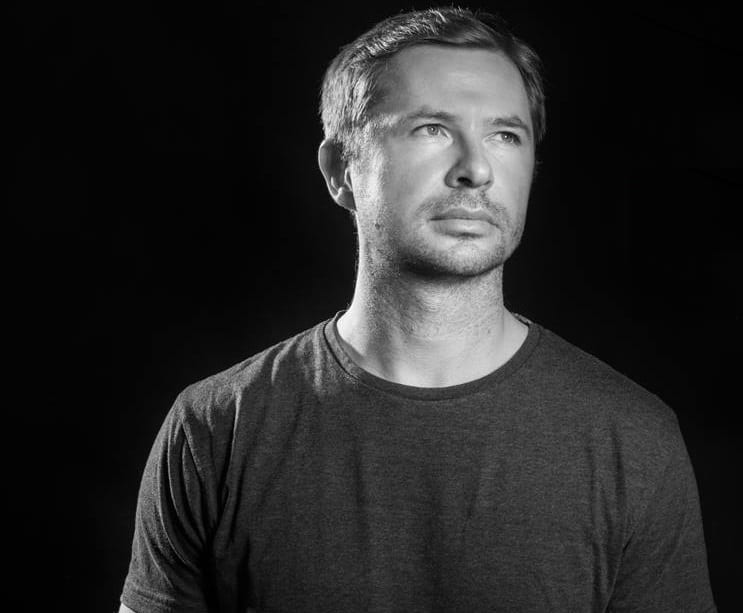 From its dramatic sci-fi battleground opening, you can tell Rido is on a mission with his debut album Rhythm Of Life.

The fuzzy distorted hornet-nest bass of Pure Frequency, the chopped drum thunder and subtle operatics of Basement, the thoroughbred neuro electricity of Cut The Midrange, the slinky plucked funk and soulful surges of Fade Away…. The whole album is laced with surprises, intros from another cosmos, gritty unpolished dynamics and really fine-tuned, sharply edited breaks. As all good debut albums should, it marks a new stage in the Czech producer’s near-10 year mission.

We caught up with Rido to learn more about the LP and his life-long love for the beats that have given us all the best music since the dawn of funk.

We hear you’re on a bit of a breaks mission?

Drum & bass for me has always been about drums and bass. And not bass and one particular aspect of the drums. A big part of D&B for me was the breakbeat – that’s what got me into it originally. The original funk breaks which transformed into hip hop then into something much faster that changed all of our lives! I’ve made straight two-step tracks before but I’ll forever be in love with the broken beat, there’s so much you can do creatively with breaks and I think it’s a bit sad that a lot of crowds mostly appreciate the two-step.

What? Where do you see this?

I see it in many places when I play anything more broken than a typical two-step rhythm. People seem more confused like ‘what is this?’ It might be a bit different in the UK because of the history of D&B and people are more used to different drums. But playing around Europe I do feel the best results are driven by a two-step pattern. Of course there’s a lot you can do with a two-step rhythm, and I really enjoy looking for new possibilities how to use it, but sometimes I do miss the good old breaks. Their dirtiness and vibes. They punch in a different way.

Yes.  It’s the vibe that reminds you of jazz, funk and hip hop roots of the music genre.  There is something special for me hidden within the funk groove.  Don’t get me wrong I love new school polished, well-synthesized drums that cover huge frequency spectrums… But I do feel that there is still place in my heart for some dirty breakbeats!

A lot of people talking about this – are we finally moving on from the days of artists infinitesimally tweaking frequencies for days?

Maybe one day… But I’m definitely guilty of that. You can’t help it. You get so critical and you constantly push yourself to get that perfect mixdown. It drives you crazy but you do have to let go sometimes. You have to make that decision on whether it’s better to spend your time on that one last percent, or getting on with another track. Letting go is hard for me!  Because there is always a next level where you can try to push it.

Which was the hardest track to let go?

The whole album! The deadline was difficult because I work as a sound engineer as well so I couldn’t just lock myself away on this 24/7. But maybe that’s a good thing because I had other challenges to constantly inspire me and get me thinking in different ways. You could work on an album forever though couldn’t you? I know I could have.  But I finally managed to get it into the stage I felt comfortable to let go!

How long has all this taken?

I’ve been collecting these for a long time – on and off for about two years – but the hardest part was fine-tuning the direction and arrangement of the album. It’s been an interesting expercise because I’ve been focused on singles so far as an artist so concentrating on a bigger project has a lot more scope and creativity. I really want people to listen from start to finish, like a classic album should be. Each track develops a different vibe from the last, like the start of a new story that represents my full love for all my influences. I’m already thinking of album number two.