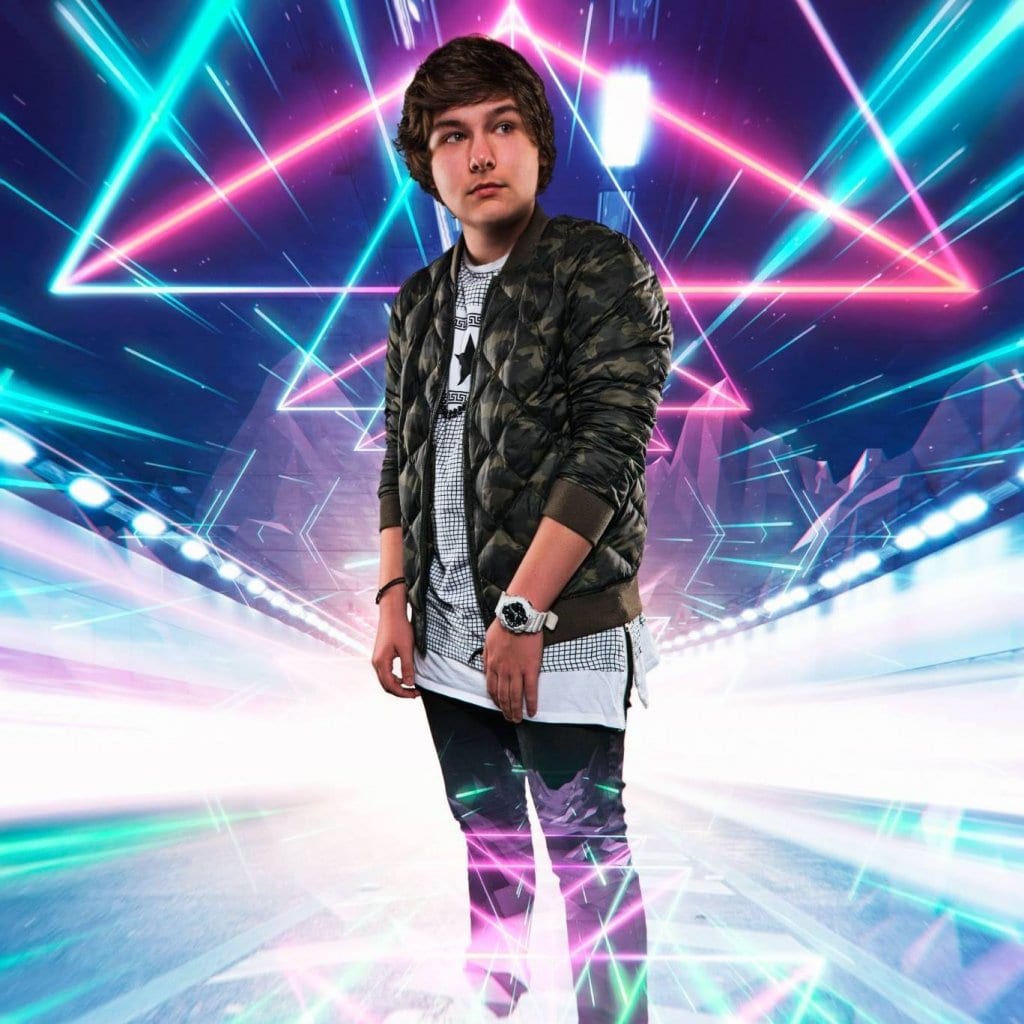 Don’t ask… Don’t get: A classic motto which garners pretty classic results when you do it right.

Just ask Dion Timmer. His whole career is founded on hitting people up, making a direct connection and respectfully requesting. His actions, and the quality of the music that followed, spoke for themselves.

By the time he was 16 he’d released a dozen tracks on Rottun, Firepower, Monstercat and more. Now, at 17 he’s now on his first US tour (The Paradox Tour), he’s just released five epic collabs on Excision’s Virus album, the huge Need Your Heart 2.0 with Adventure Club, and he’s about to drop collabs with Snails, Bro Safari and Slushii. He’s got a tonne of originals set to land and he’s just remixed Pegboard Nerds & Snails – Deep In The Night…

Easily one of the most exciting success stories in the bass premiere league, Dion has achieved more than some peers 10 years older. And this is just the beginning.

On the road with Excision. Your first tour or have you toured with him before?

No this is my first. It’s actually my first time playing in the US full stop. I’ve been to festivals with him and he’s showed me around but we’ve never played shows together.

In at the deep end for you. First US tour and it’s all 55 dates warming up for Excision. Do you have to hold back a little warming up?

Not so much. Fans come into a show wanting to hear great music from the second they walk in. They don’t need any warming up – they’re already warm.

Ha. You’re writing on the road, too, right?

Yeah we’re testing them on the road too. We had a few days off so we took the monitors from the bus, put them in the hotel room and made a track. That was a lot of fun.

Working even on your time off…

Yeah of course. No rest for the wicked.

It’s a mental thing. I’ve always used headphones and my laptop and set up where I can, so for me the moment I have my headphones and computer on then I’m in the studio but I know I’m lucky there and it’s not as easy to do that for other artists.

Totally. So this is the first time we’ve interviewed you but you’ve been on this since 2014 right?

Yeah that’s when I made my first tune with Jeff. It came about through AFK’s On The Floor which was a big track back then. We were homies and I said ‘yo can I remix it?’ and he said ‘sure dude’. I did a remix and it blew up. Jeff asked AFK about it, when he realised I was 14 he wanted to get in touch and find out more about my production.  It wasn’t long before everyone from Seven Lions to 12th Planet and Datsik were asking me to send over some of the unreleased tracks.

You quit school to do this, then?

I graduated at 16 last year. It’s great – it meant I could start doing shows and travelling more. It’s opened up a whole new world.

So all the early Excision collaborations must have been done online?

A little but I flew out to Canada and during my 10 days there, we made a track every day! We clicked so well and started bumping out music really fast. That was 2015, I think. It was a really cool time and I learnt so much.

That must have been quite mindblowing at the age of 15?

It was crazy. My parents came out for the first time to make sure everything isn’t sketchy. Once we stepped into Jeff’s studio they were like ‘yeah okay – this is legit, this is going to work well’. They knew this was a real opportunity for me to work in something that I really wanted to do.

He began as your mentor but now you’re collaborating producers… Last year was another level for you – you play a strong role in his Virus album.

Yeah it’s cool to have so many of our collabs featured on the album. Every time we hop in the studio we bump out ideas then we work on them throughout the year. It’s a really cool way of working – we always have ideas on the go and never get stuck on anything.

And now you’re collaborating with a whole tonne of other people aren’t you? Let’s get the stories of how they came about. Firstly, I hear there’s a Snails one coming up…

You heard right. We were friends on Facebook and I put up a WIP and asked if people like it. He sent me a message saying ‘yo I really like this, let’s work on it’ That’s how they one started.

Need Your Heart was such a classic, that’s one of the tunes that really got me into dubstep. They started following me on Twitter so I messaged them and asked them if I could remix it. They said of course and sent me the stems. I sent them the WIP and they said ‘holy shit this is good! Let’s collab on it’ And that became Need Your Heart 2.0

Yeah, have some balls and don’t be shy. They’re all regular guys too you know…

Was it the same story with your forthcoming Bro Safari collaboration?

Yeah he actually messaged me and asked to do a tune and I said yes. It was that simple.

I sent him a bunch of WIPs and he just started bootlegging one of them! I said ‘holy shit what are you doing?’ He said ‘we’re making it a collab, send me the stems’ And that was that. So yeah, loads of cool opportunities have started coming round and they all come about through getting in touch with people and asking them direct. Why do it any other way?

Was that the case with Monstercat?

No, they signed some of my originals but the recent remix was kinda like that. I loved the original, I’m homies with Pegboard Nerds, I’m homies with Snails – why not ask them for the parts? They said ‘yeah let’s do it as a cool remix package follow up’ Barely Alive and Muzzy have done remixes too, which is pretty cool.

One was on UKF actually. Remember the Bare Noize remix of Medison’s Harry? That was a massive tune for me. And Bare Noize’s remix of Skrillex’s Kill Everybody. I fell in love with Rusko’s tunes too.

I know dude, So so good. I love all the old stuff. I didn’t catch that wave the first time but I’ve gone back and really love it all – the whole history of the genre.

That’s amazing to hear. So where’s home when you’re not on a tour bus?

Right next to Amsterdam, near the shore side.

Have you made strong connections locally? You seem to have more links in the US.

Not quite as many. Dubstep lost the focus for a while as it did across Europe but it’s building back up again. I went to Subway recently in Rotterdam to see Rusko and the crowd was packed, singing along. That’s really encouraging to see – dubstep isn’t dead in Europe, it’s still one of the most exciting sounds in electronic music with some of the biggest vibes… Especially when you get to festivals.

You must be playing a lot shows after the tour this year then?

Yes, most of them aren’t announced yet, I can say that I’m playing some dope Canadian festivals… Valhalla Festival in Quebec, Ever After festival in Ontario as well. I’m not sure I can reveal any of the details about the US dates I’m playing this summer… but i can tell you ill be playing in Los Angeles, Denver, Minneapolis, Philly, Detroit, Tulsa, Grand Rapids and bunch more cities as well.. its crazy how many shows are already lined up after the tour – a whole tonne of cool things are happening right now. It’s a really exciting time.