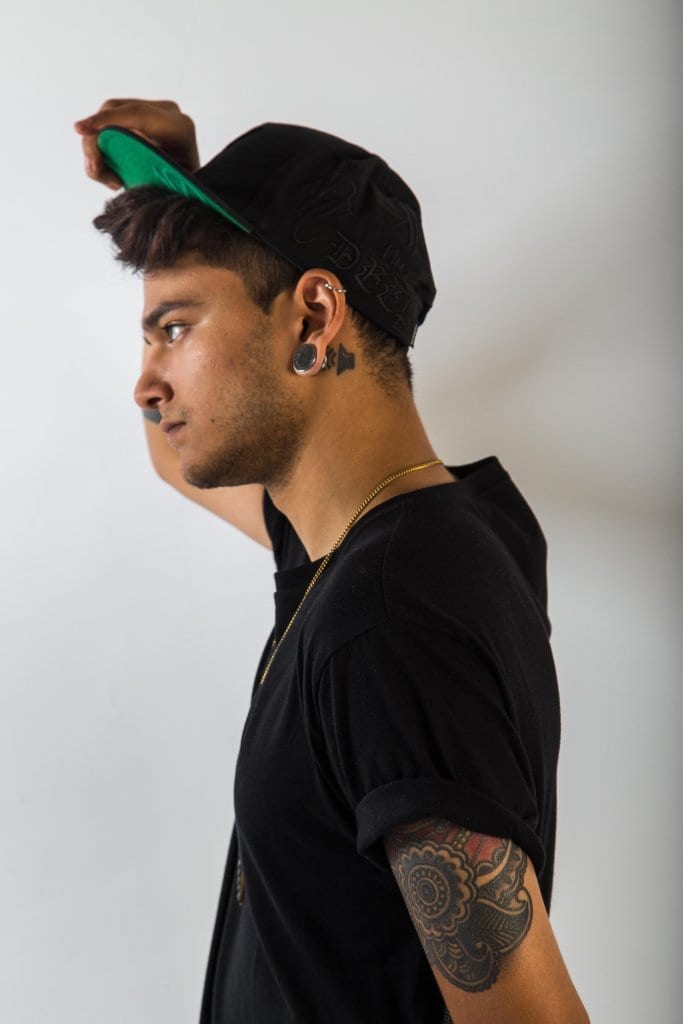 Checking in with Dr Ozi: We wouldn’t pay him a visit with any health issue or ailment, but his music definitely boasts a heavyweight healing power…

A new addition to the Never Say Die family, Ozi might not be a qualified physician, but he’s certainly more than decorated in the academic art of monstrous, jaw-dropping, gut-punching bass music.

New Delhi-born but Toronto-based since his early teens, the 25-year-old has steadily risen through the dubstep ranks over the last five years via releases on the likes of Firepower and Buygore. First appearing on SKisM’s label last year with Always You, and appearing on the label’s massive 100th release album last month, Ozi returns with his label debut: an electric six tracker called Blue Print. Bursting with influences and inspirations from grime to Johnny Bravo, it’s most accomplished and biggest body of work to date. Here’s Johnny…

We caught up Ozi (real name Nix Chohan) to find out more about him, his musically enriched past and how he wants his feet to bleed from touring. Most doctors try to cure pain, this one wants to cause it…

You’re not a real doctor are you?

No but my mom wishes I was! I was born and raised in in East India, New Delhi, and we moved here when I was 13. I was brought up with all the traditional Indian expectations – study hard and become a lawyer or a doctor. But I ended up becoming something completely different so I thought I’d make my mom happy by calling myself a doctor!

Nice. Congrats on the Never Say Die signing. How did it all come about?

Thanks! Never Say Die were doing a show here in Toronto and I told the promoter I needed to meet the guys. Next thing I know I’m backstage hanging out with Trollphace, LAXX and SKisM, talking about my views on music and how I want to develop my own take on it. It was pretty crazy – I had to hold my excitement down and play it as cool as possible. It worked – three days later my manager had an email from SKisM saying he’d like to sign me. That was an incredible moment. It’s a huge leap for me and something I’ve dreamt of for a long time.

You’ve worked with some other big imprints on the way to this point such as Firepower and Buygore, too…

Yeah it was fun doing that. I wouldn’t be anywhere if it wasn’t for those releases and the help I’ve had from those guys. You have to shop your stuff and get into that type of attitude and mindset to really push yourself and get yourself known. I have to shout out Heavy Artillery and Play Me, too – they signed my music when no one had heard of me and that gave me confidence to develop.

I guess I’ve been around for a while. It’s weird. I’ve made music all my life and my first release was 2011, but it’s only recently I’ve considered myself as an artist. My mom was a singer, she was signed to a major label in India and I would come in and help her while she recorded her albums. I’d add different elements of percussion or ideas and would watch the producers and sound engineers in the studio just mesmerised, thinking ‘what are you doing? What are all those buttons?’ Then I got into production, I learnt the drums, made hip-hop beats, dabbled with drum and bass, played in hardcore metal bands. Just constantly bouncing from project to project, seeing where my creativity took me. When I started to really get into production I settled down a little, stopped bouncing around and really focused on this because there are no limitations with electronic music – you can bounce around all you like in one little box.

Let’s talk about the Blue Print EP. It’s almost half an album at six tracks. This is big!

It’s huge man. What’s been really cool is the way the release has been organised and planned and developed. I gave Never Say Die 30 tracks and from that they chose 11 and we’ve since reduced it down to six.

Yeah! The minute I knew I was signed to NSD I tore through my writers block and blasted out so many ideas and tracks.

Was the writer’s block bad?

Yeah at points. It’s a tough one. It can be very touchy, too – I’ve seen guys quit production because they’re suffering it. I’d never thought about quitting but I was having moments where I’d really question myself. Then the Never Say Die deal came along and totally re-energised my approach and made me stop questioning myself so much.

You cover some interesting ground on the EP. Johnny is a homage to Johnny Bravo, right?

Yeah I have to admit than I really looked up to him as a kid. He was such a try hard womaniser and I’m nothing like that. I’m just some shy kid. But I loved how he was confident even though he’d get rejected at least once every episode. And he’d always find time to worry about his hair. That’s cool.

The uplifting vibe of the track is cool, too.

It had to be if it’s about Johnny Bravo. I wanted his personality in the song. So you could imagine him walking around and doing stuff to this tune. Like his personal theme tune. I’m really happy with it. Probably the happiest I’ve been with any tune – especially with the mixdown, I learnt a lot during that.

What other things have you learnt? The EP was a good 8-9 months in the making wasn’t it?

That was from the moment I sent the whole batch of tracks over and we started working out what was going to be on the EP. From there I just got into this crazy flow of working with stickie notes everywhere. I was just bombarding the label with different versions. They’d ask for an instrumental and while making that edit I’d come up with other ideas and add them to the song and say ‘hey look here’s another new version!’ I think that’s one of things I learnt the most during the EP – I’ll never be happy. There’s always something more I can do or something I’ll learn that I’ll want to add to things I’ve already finished. I’m never satisfied.

That’s what drives artists – you can be your own worst critic can’t you?

Sure! To people who aren’t producers they won’t hear the minor details but I’m looking at it at a micro detail and pick up on every little error. But this will never stop because mixdowns are getting louder and crispier all the time. People are finding ways to really force sounds through in such dynamic ways.

I worry when I hear the word ‘force’, though.

Yeah but there are some people who really push an overdriven sound so it comes through so well. Oolacile is a great example. On paper what he does just shouldn’t happen but when you hear it on a big system it’s like ‘wow, this really should happen’. So yeah, it’s a constant pursuit for all of us.