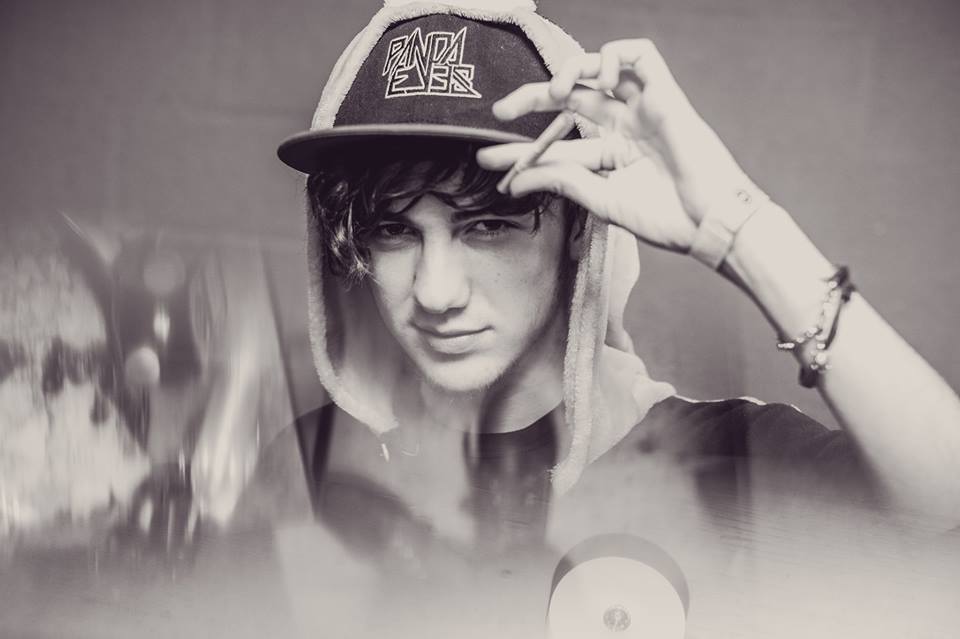 Producing for four years but really denting the wider bass psyche with the Superhero Mash-Up with Virtual Riot last year, Panda Eyes (real name Oskar) has already dished out two album-sized projects in the last 12 months and made his UKF debut last month with this dramatic chop-slapper….

Currently in studio hibernation as he upgrades his kit, we catch a moment of Panda Eyes downtime for his first ever interview. Read on to find out how he got here… And where he’s heading.

You landed on our radar with that epic Superheroes mash-up. How did you hook up with Virtual Riot?

That was funny. I’d heard of his music and we were already connected on Skype but never spoke or anything. I was hanging out with a friend and he said, let’s just invite him to the call. Next minute, Virtual Riot was on the call speaking to us and became friends. He didn’t care about what level I was at or anything, he was just happy to be working on cool projects and giving advice. It took us ages to get all our favourite tracks together and work out what we were going to do with them. A lot of the tracks were UKF ones… That’s how I discovered dubstep.

Nice. Which UKF uploads switched you onto dubstep?

Nero, Rusko, Knife Party… Big tracks when I was around 16 or 17. I got to shout out my sister and her iPod, too. I stole it once and randomly heard Justice. Genesis blew my mind and it made me want more. From there I hit Skrillex and from there I hit UKF. But yeah the mash-up was lying around for a while but we knew it was worth finishing – Valentin did the first drop, I did the second one but it’s all one track we’re both happy with.

A great way to start what’s become a prolific career. You’ve put out two albums since!

I consider them more like compilations. I make singles and put them together in compilations to distribute them. There have been so many tunes over the last few years. I’ve deleted a lot of things because I want quality over quantity.

Totally, but I always live in fear that someone hearing Panda Eyes for the first time hears a tune from four years ago and they think I’m not very good! I always want to show my current skills.

Nostalgia 64 and last year’s Kiko are definitely a great sign of current skills. There’s some powerful melodic music on there….

Oh thanks. I’ve found that if you put too much emphasis on the sound design it can make you go crazy trying to get that idea from your head. The tracks take so long perfect! So I balance out that craziness and make the melodic stuff as well.

Yeah, it’s like two separate languages. I think I’d go mad if I just wrote the heavy stuff. It’s all about balance and keeping yourself excited. If you’re excited about what you’re making, then I think people can really feel that. Music is like therapy for me. If I didn’t make it then I think I’d have gone nuts ages ago anyway. With Nostalgia 64, for example, there was definitely a need for home comforts and having the security of those days growing up when you got home and everything was done for you and you had no worries.

What was your favourite N64 game?

Legend Of Zelda – Ocarina Of Time, without a shadow of a doubt. Listen closely and you’ll hear references in the track. I’ve also used a program where you can use the soundbars of an N64 cartridge. You can play them like a synthesiser. It’s really cool. Another cool thing about Nostalgia 64 is it’s the first tune when I’ve had an idea when I’m out with friends having a beer and I’ve actually recorded it down on my phone. It’s the first tune I’ve made from a memo. I felt stupid doing it but I thought ‘fuck it’ and sang it in my phone. It paid off.

It did. Tell me about Lightbreaker…

My UKF debut haha! This is my very first tune on Ableton. Before then it was all about FL Studio but I really wanted to explore new ideas and set myself new challenges. Find new ways to work and see how it would affect my music. This is my first Ableton track – it’s quite heavy and I learnt so much about engineering and new FX and automations. FL studio is more user friendly but it’s less quality – I’ve been studying producers for years and learning what they make their music on. A lot of people say it doesn’t matter what tools you’re using, it’s what comes out, but the tools you’re using definitely do have an influence from my experience. Only time will tell how it works out.

What’s coming on your tools next?

I have a lot of ideas cooking at the moment… I’m constantly trying to push myself so we’ll see which one I’m happiest with first. Watch this space.