Brazilian import S.P.Y is one of the most exciting producers in drum & bass. Known for his immense versatility, the Hospital mainstay has served up the sunny sounds of his home country as well as a helping of brooding underground tracks.  He has a number of highly acclaimed releases under his belt and has collaborated with some of the genre’s most respected names, from Total Science to fellow countryman Marky.

Building on the success of the breathtaking What The Future Holds, his latest album Back To Basics Chapter One shows a far darker and grittier side to his work. We caught up with him to find out more… And discover how he scrapped an album’s worth of material to get to this point!

I felt like I had lost my identity a bit; the tracks weren’t sounding like my tracks anymore.

Where did the idea for Back To Basics come from?

I was actually in the process of producing an entirely different album, but when I listened to it back it just sounded too current, a bit like everything else happening in drum & bass at the moment. I felt like I had lost my identity a bit; the tracks weren’t sounding like my tracks anymore. So I scrapped about 11 tracks and decided it was time to go back to basics, back to where I started. I didn’t want to do anything too fancy or too commercial, just something that made me happy.

Are you happy overall with the finished album?

Definitely; when I listen to the album right now I can feel proud to say the album is mine. I don’t want to sound corny but it’s an album that really from the heart, the tracks are ones I would want to personally hear in a club. I listened to it the whole way through for the first time last week and when the last song ended I thought to myself “wicked, job done!” There isn’t a single track I don’t like so I’m really happy.

Did you use any different techniques to produce this album?

Each time I played the original tracks that got scrapped to someone, they said they liked the sound but said they couldn’t really tell it was me who had produced them. So I thought let’s just use really basic equipment and go back to the way I used to produce – hence the name ‘back to basics’. Some music is so complex these days and people don’t really get what’s happening in a track. This album is really straightforward and simple, straight up drum & bass with no funny business.

Some people said to me that it seemed like I was trying to go for a really commercial sound – that hit me hard!

What was the hardest thing about producing the album?

I hit a massive wall because I couldn’t finish any of the tracks I was working on as it didn’t feel like it was really me, it wasn’t my vibe coming through. Some people said to me that it seemed like I was trying to go for a really commercial sound – that hit me hard and that was the moment when I knew I had to take a different approach. I appreciate producers making commercial tracks but it’s not really my thing.

We’ve heard you’re a bit of a synth fanatic…

I’ve always had a big passion for synths but I was never able to afford them! I love them because you can’t shape the sounds you make, which is great thing. All of a sudden a crazy sound will come out, but you might not be able to recreate that sound because they’re so unpredictable. That sound might only happen once in 20 minutes, so you’ve got to record every little thing to try and capture it. It’s irritating at times but good fun!

I’m currently saving up to buy a Moog Voyager, it’s a ridiculous bit of kit! It’s expensive but Moog synths always have a classic sound so it’s worth it. With an analogue synth one sound might morph into a completely different sound, which can be hard to work with but when it works out right, it produces a really unique sound.

Which producers do you think are the best when it comes to using synths?

I really like DLR at the moment, I think he’s an amazing producer and knows what he’s doing. Ulterior Motive are smashing it too, they’re talented producers who create some really amazing, quirky sounds. Of course dBridge as well, he’s always pushing boundaries. The problem I find in drum & bass sometimes is that people follow the same formula; you can download synth presets on the internet which means songs can end up sounding very similar. I like producers who can stray away from the norm and mix it up a little bit.

Aside from meaty basslines, we’ve heard you’re partial to a meaty burger too?

Definitely! I’ll always do a bit of research to find out where the best burger joint is in a city or town before playing there. My all-time favourite is the Red Dog saloon in Hoxton Square, by far the best burger I’ve ever had!

The Korg Z1 is a vintage multi oscillator synthesiser, it’s amazing for pads, distorted bass sounds and sound FX. The reason I like this synth is mainly because of it’s warm analogue sound and it’s XY pad, creating random combinations of sounds. I used it a lot while producing Back To Basics Chapter One.

The Juno 106 is a vintage analogue synthesiser that’s quite basic to use, but produces really fat, warm sounds. I used this synth to make the track ‘Step And Flow’. This synth was used a lot in the 80’s to produce synth pop from the likes of Duran Duran and Human League.

This is my all time favourite synth. It has a perfect mix between classic, warm sounds and the newer more synthetic sounds. I use this synth to make heavy, distorted baselines as well as for it’s pads, sound FX and arpeggiators. I have used sounds from this synth in every track on Back To Basics.

Back to Basics Chapter One is out now on Hospital Records.

“It’s about the vibe”: Why Dubplate Style is the most important project in S.P.Y’s career so far…
WORDS
386 shares 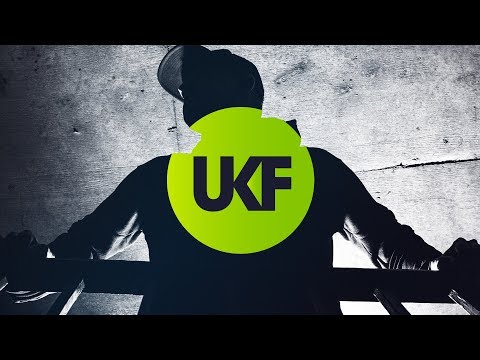