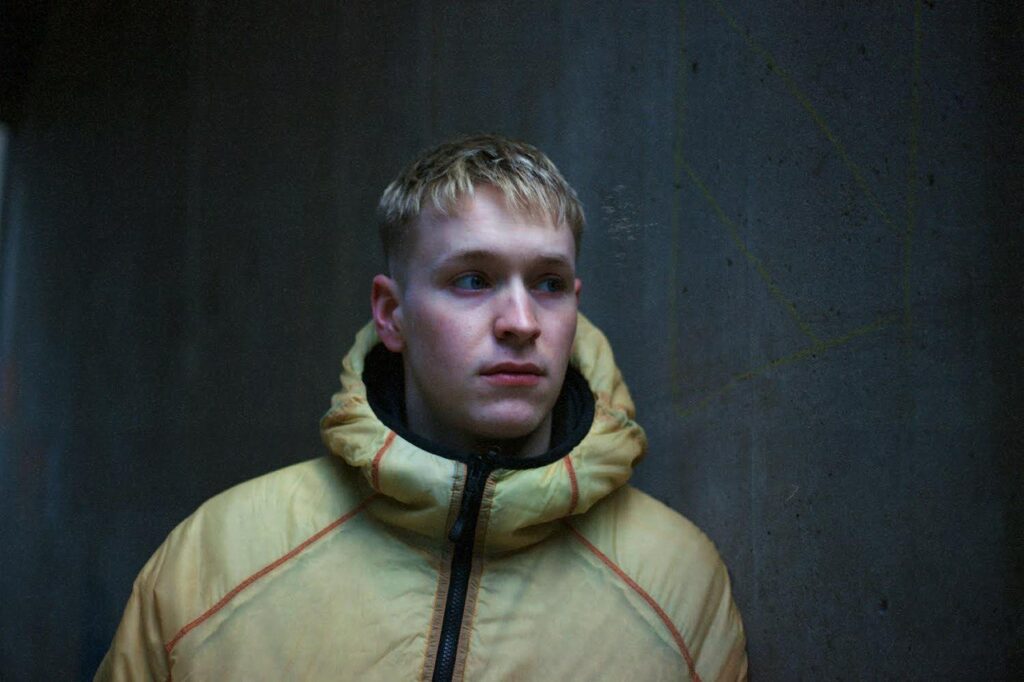 Since he first signed to RAM three years ago, skantia has gone from strength to strength. After a series of standout releases on one of the most prestigious labels in drum and bass – including Cluster, Power Line and Jubilant in addition to collaborations with Annix, Turno, and Bladerunner – the young Newcastle artist has finally dropped his debut album.

Titled Common Ground, this release encapsulates the self-described ‘maximal minimal’ sound which has characterised his sonic aesthetic to date. Once again, skantia has proved himself to be on the cutting edge of drum and bass.

We recently caught up with skantia to discuss his recent album, breaking down boundaries in drum and bass, and future sonic directions.

How does it feel to have an album out on RAM?

Pretty good! Especially as it’s a debut album. The release of a debut album is always a nerve-wracking time for most artists! It’s also great to have it out on a label which has such a legendary status as well. It really is a good feeling to have put out a whole body of work like an album! Even though I always thought that albums were easily overlooked, it really does feel good.

Was an album always the goal, then?

It was kind of an amalgamation of things!  I was just writing tunes and releasing the stronger ones whilst building up all these other tracks. I had all these tunes, I really liked all of them, and felt like other people might like them as well. I didn’t look at it like an album at first, just a big bundle of tunes! Then after two years of working, I just thought ‘why not put them in to an album?’.

How come you settled on releasing an album instead of just a series of EPs?

My sound is always changing; I don’t always stick to one subgenre, or even one genre! In the album, there’s something for everyone, apart from liquid, maybe. An album is a good way to put a timestamp on what I’ve been making over the past three or four years.

So, it’s very much a statement of ‘this is what my sound has been and what I have made up until this point’?

Yeah! If I ever do another album, the music will be really different. I made lot of the tunes on this album in 2018 or 2019. I’ve just been sat on them and wanted to get them out for so long! I won’t be able to release them when I’m exploring a new sound. This album is a statement about my early days of producing; sat in my mum’s yard, no studio, just a laptop and speakers. I used to write tunes all day. I felt like that’s what that era was, and it was nice to put it all together.

I have to say, the album art is absolutely stellar! How does that relate to the statement you are making with this album?

I just wanted something which looked really good! I wanted something I could proudly put a stamp on. I absolutely love the artwork for the album. It just embodies the tunes; dark drum and bass. It’s kind of futuristic as well. I always felt like I made jump up, and there are tons of jump up tunes on the album, but they’re not typical jump up…

That’s what I love about the jump up sound! It’s really versatile. If you go right back to the start of jump up – you know, early V, Playaz, Urban Takeover – you can hear the jump up influence in lots of things. I would even say that lots of Gray, Break, and even Whiney tunes fall within the jump up tradition!

Definitely! Dancefloor drum and bass is becoming a lot more jump up, too… so has neuro! Jump up has taken over, in a sense.

The boundaries between subgenres are really collapsing in on themselves. Does this phenomenon correspond to the album title, Common Ground? It really seems to me like you are finding the intersection between all of these subgenres and pushing a whole new sound…

That is literally it! I couldn’t come up with a name for the album for ages! I had a few, but it didn’t encapsulate the music. It was just… meh. I was just throwing names out there for the sake of throwing names out there. But then I saw the name Common Ground. Heist released a tune called Common Ground ages ago. It’s an insane track! Heist was a big inspiration to me through my early years of producing when I was making jump up. He was actually the first ever established producer to reach out to me! He personally messaged me to big me up on the first clip I uploaded of a jump up tune, so got to give the credits there.

I just thought Common Ground sounded amazing, so I basically copied the name off of Heist! I just thought it was such a good name and it just encapsulates the album. There’s a bit on the album for everyone, really; there’s rollers, jump up, deep stuff… Common Ground was just too good to pass up on!

You said that after this album, you are planning on exploring a new sound. What can you say about that?

For the newer kind of stuff, I am working with vocalists a lot more! I just got bored of making tunes for clubs and for DJs to play. Club drum and bass and dirty drum and bass is sick – I’m never going to not love it – but sometimes, I can’t always catch a vibe when I’m making it. At the moment, I’m really enjoying with vocalists and slowing down the tempo. I’m doing a lot more different genres and subgenres. It’s more fun and it just reignites things in the studio.

There was a point over COVID where I couldn’t make tunes; I just had no inspiration and no shows. It was absolutely dead! So, I started making some garage with some spliced vocals. Just catching a vibe; not trying to make something for a club or whatever. And it just went from there, really! I might go back to it, but at the minute I’m loving working with vocalists and making some nice collaborations. Making things I can show my grandparents!

Vocals add so much to a track. After all, they are a whole instrument…

For sure. When I first started listening to drum and bass, I would hear tunes with vocals and recite them. It’s nice to be able to work with good vocalists. There’s nothing more satisfying than when you get a vocal back and they’ve smashed it! Trying to work things out with vocalists is the exciting part… you know, asking myself ‘can I get this person on a track’. There is something special about chasing your dreams of working with certain people!

I think Bou is going to change the entire scene by working with Example and these other massive artists. Bru-C as well. They are flying the flag for vocal drum and bass at the minute. It’s amazing to see. It will make it more popular which will be good! Everyone seems to be doing bits at the minute!

What influence the sound you developed on Common Ground, and what inspired you to take your sound somewhere new?

I was brought into dirty drum and bass, that’s what the earlier tunes are. Since then I started listening to a lot more musical stuff! More rap, more grime, garage… even Flume. It makes me want to put a nice edge on my music; something like a garage track with some nice snappy claps and a vocal chop! I just vibe to it more. Also listening to Bru-C, Bou, and Alcemist… and Wilkinson’s new tune with Issey Cross, Used To This, it’s just ridiculous! I used to be able to go in the shower and listen to a Breakin Science mix for two hours straight, but now I just prefer the lighter stuff.

So, you’ve made a shift from scatty, heavy tunes to vocal tracks and even different genres?

100%. I’ve still got a load of heavy tunes, and I will still release them, but I’m having more fun making other music. If people don’t like the switch, they don’t link the switch! Over lockdown, producing was not fun. I just was trying to explore how to make it fun.

People weren’t able to engage in the scene how they normally do by going out and dancing in front of a rig during lockdown. It really sucked the life out of people…

It didn’t really come out like that! I didn’t have a break because I needed a break; I had a break because I just couldn’t get a vibe in the studio! I wasn’t having fun and I wasn’t able to because there were no club shows. I didn’t know what to make! I was having fun playing with synths and getting some nice melodies going which was a really nice vibe. I was listening to lots of Ross From Friends and trying to incorporate that vibe into drum and bass. That’s how it came about, just catching a vibe really.

Any reason why it got pushed back?

Complications! I wasn’t really happy with what I was going to do art-wise, but the graphic designer we used (Frener) was incredible! Then TeeBee ran the entire album through his desk to make it a bit crisper and give it a bit more weight. He flew me out to Norway and he just ran through all of his equipment. The difference was ridiculous! He absolutely smashed it. There were a lot of things like that, just one thing after another. Taking one tune out and putting another one in… there was a lot of downtempo, 130, stuff originally, but I wanted my first album, especially one on RAM, to be all drum and bass! I’ve got later on in the years to explore different tempos.

Common Ground is out now on RAM Records