WTF: an acronym that doesn’t roll off the tongue but clearly rolls well out of Smooth’s studio. Dispatched last week on Viper, it’s one of his juiciest, bass-heavy cuts to date:

Coupled with the equally muscular Revenge, we called Smooth up for his top five all time WTF moments. Spoiler: don’t let him cook chips for you.

The biggest WTF of my life was when I was when I was a 20 year old dumb kid and I tried to make myself chips. While the oil was getting hot I went in my studio just to listen to what I’d done earlier… Obviously that turned into a mixdown session which made me completely forget I had left the oil on the hot stove.

After that I decided I wanted a smoke so went to go outside through the kitchen. I opened the kitchen door and the room was full of smoke. And obviously opening the door meant I had provided some serious oxygen to the equation and there was rapid fire quickly came from the pan. I tried to take it outside but i got burned. Then, like a total idiot, I poured water on it and the thing literally exploded and blew the windows in the kitchen! Eventually I carried it outside and managed to survive with no injury.

When I was I used to ride my bike in national tournaments. I went for a race near Kranj, Slovenia and there was a really notorious place on the route known simply as a “spot of injury”. It was an area that was roughly 50 meters of terrain completely covered with roots. Anyway I was racing down, took the wrong line and landed on one of the roots on my ass. Couldn’t do much more than lay on my stomach and yell. I didn’t win that race…

When i first heard drum and bass

When I first played in Antwerp, Belgium at Lotto Arena for the legendary Rampage. This was also the first time I played to a really big crowd and, I believe to this day, it might still be the biggest event I have played. I saw some videos from their previous events and I knew it was gonna be big but when I stepped on that stage I actually realized the scale of it all. It’s huge! Just before my set, which was a B2B with Metrik, both Tom and I looked at the crowd and each other thinking the same thing: What The Actual Fuck!?! Incredible gig.

When I was working on the main tune of this single. I got the bass and the drums sitting nice and it made me think ‘WTF!?’ The rest is history…

Smooth – WTF/Revenge is out now on Viper: Support 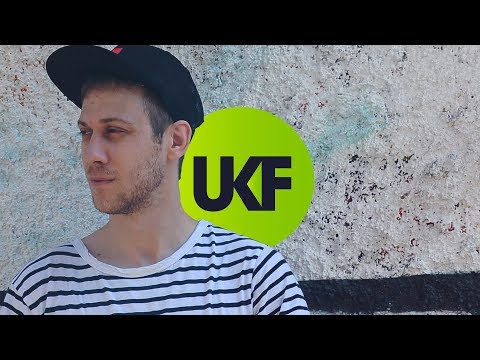 Tune Of The Month: February 2015
WORDS
480 shares
SIGN UP NOW & STAY LOCKED!Sign up to our newsletter to keep up to date with the latest streams, news, and events, all tailored to you.