Picking an artist name is like picking the name of your first-born child. You’re giving an identity to something that will be part of you forever.

Michael Stonebank has had his fair share of aliases. From Modulate, to Rocket Pimp to Stonebank, previously he’s allocated names to genres but has now has found himself under one name, allowing him to release music as he pleases without the pressures of limiting himself to old genre sounds. Fittingly, the name he works under now is literally his own.

Being a prolific producer isn’t the only contribution to the industry Stonebank offers. He’s also got his hands in a lot of behind the scenes stuff, writing for other producers (mostly behind closed doors) and supplying sample packs and presets through Beat Lab Audio.

“Modulate was always 170 BPM,” he explains “Mainly hardcore but the occasional drum & bass and drumstep. The Rocket Pimp stuff was more complextro, which was big a few years ago. The reason it was all separate was because if I made electro under Modulate it would confuse the people I was going out to do bookings for the hardcore stuff, and vice versa. So now it all falls under Stonebank, literally everything under one roof.

“I don’t think many people knew I switched to Stonebank. I had stopped with Modulate for about a year, and then I focused on Rocket Pimp. And then stumbled across Monstercat, and then there was no announcement that I was going to Stonebank, I just started working as that and people just put two and two together. I think all the fans get it.”

Falling into production is the best way to describe Stonebank’s early days. His introduction with FL Studio occurred in university where he was studying graphic design. What started as a hobby soon turned into an obsession; creating stuff similar to those he looked up to: Gamma, Bonkers compilations, and most of the UK hardcore scene.

Starting around 16 or 17 listening to the Clubland X-Treme series, eventually led to him heavily contributing tracks to the compilations, and helped formulate a close relationship with UK hardcore pioneer, Breeze who he worked with on Clubland #8.

Hardcore was just the beginning, though. Tired of making hardcore for so many years, he began to turn his hand at other genres and styles… Then Stronger brought him back to the source. Featuring his wife Emel on vocals, it re-inspired him.

“Originally I was going to keep my aliases until I released Stronger,” he admits. “I hadn’t really planned on doing anymore hardcore stuff, it was my main thing for years and years and I sort of fell out of love with it. Once I made Stronger, which was just going to be a free track under the Modulate alias, and seeing that response it inspired me to make a bit more.”

At this point, the hardcore scene in North America is a genre still untouched by mainstream EDM. With record labels like Monstercat willing to put out such a diverse amount of music, it gave producers like Stonebank the ability to test the hardcore waters on this side of the pond and re-open a whole new territory.

“Releasing Stronger on Monstercat really shocked me because I know the US doesn’t get as much of the hardcore parties and influence as we do in the UK where it’s flooded. I had no idea what the scene was like over there, that’s why I didn’t expect much. I thought people would be like what’s this really fast stuff going on? Turns out they enjoyed it, which is really cool.

“I’m English, and we’re usually boring and quite miserable, so it’s interesting for me put a track out and have all these North American fans so excited about it and excited to hear what’s next. Where as for the Modulate stuff it wasn’t that no one was excited, just people didn’t express it as much as an American audience.”

Enjoyed it is an understatement. Four million views can’t be wrong. As the EDM bubble bursts, there’s definitely a case for hardcore making more of a presence in the US. Stonebank won’t be jumping on any hype train, though; as always, he’s interested in all sorts of styles.

“I don’t want to focus on just hardcore, I get bored way too easy doing one genre I like. So I’ve got hardcore stuff lined up for next year, electro stuff, and dubstep stuff; there’s a bit of everything.”

That bit of everything has progressed into an EP titled Monument to be released last week that, simply put, is diverse as you can expect from someone with their hands in so many genre pockets. It’s a collection of everything he enjoys creating, and really showcases what he’s capable of as a producer.

“There was no plan to do an EP, I think I had done the drum n bass track first, and then ended up doing an electro track then a glitch hop track then the bass house one and it was no plan, its just how my workflow works. It’s cool how it turned out, bit different genres and showcases some diversity of what I can do in the studio.”

Having the freedom to create what you want as an artist is something that people tend to lose as they gain momentum in their careers. Stonebank understands the importance of expression and having fun in the studio, which makes his tracks both honest and catchy.

“You can tell just by the intros and the details. If you listen to a young, excited producer who’s just coming through, there will be little details that make you hear the effort that’s in it from start to finish. Whereas you can tell the people who you think have lost their way, it shows because it’s just standard stuff you’ve heard a million times.

“Working with Monstercat is the best thing that’s happened because I don’t feel like I have to fit in a category, it’s all accepted. If it’s good music they’ll put it out. That’s what I like because as Rocket Pimp, if I made a dubstep tune, because it wasn’t complextro, it would only receive negative comments. Everything under Stonebank has been different since day one, so I don’t feel like I have to stick to a formula. That’s what Monstercat gave me as an artist, and has allowed me to keep the fun and creativity in my music.”

Now at a place in his career that he doesn’t have to hide behind different aliases, the latest EP shows just how creative he can be with one name to encompass all those genres; he can now let the music do the talking.

One thought on “Stonebank: He never lost his hardcore” 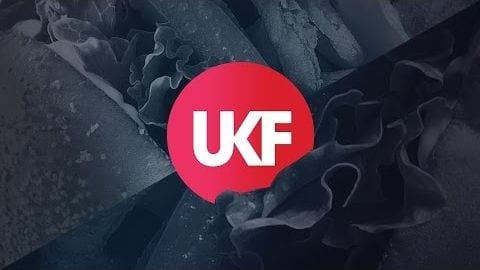 Stonebank – Finally
AUDIO
0 shares
SIGN UP NOW & STAY LOCKED!Sign up to our newsletter to keep up to date with the latest streams, news, and events, all tailored to you.