Almost two weeks have passed since we uploaded the stunning Dino War by Dutch bass don GANZ. The pivot cut in his latest three-track EP on Plastician’s Terrorhythm imprint, it’s still massaging our ears and speakers just as heavy-handedly now as it did when we first heard it. We thought we’d call him up and get the story behind it.

Not just a pivotal cut in itself, but the whole EP marks an exciting change in direction for GANZ as he rekindles his love for hip-hop and – especially in the case of the piano-laden intro track Nu Era – even more musicality than he’s already known for.

Read on to find out more. Spoiler: he literally was thinking about dinosaurs scrapping!

“I think a lot of people have been expecting the same hype sound I had when I made those flips of Flume and Alison Wonderland, but I wanted to take things back to basics and go back to the hip-hop I used to produce.

“It’s actually a really important track for the EP; the whole track brings together the three tracks and helps to make sense of everything.   New Era sets the scene and shows the direction I’m interested in exploring, Dino War makes sense of the whole release and sets the scene for the final track Trophies.

“When I made the song I really did have a vision of dinosaurs fighting against each other. This isn’t unusual for me; when I make a track I always have visuals in my mind – like what type of video a track might have – and during the climax of this track a bunch of massive tyrannosaurus rex’s were at the very front of my mind.

“I’m really happy with how it it’s been received as it’s against any expectations people have had of me. It’s against all the hype stuff people wanted me to do. Those who’ve followed me closely won’t have been surprised as I’ve been roadtesting them a lot in my sets. I wasn’t too nervous about reactions anyway… There’s always going to be people who moan you don’t do the same stuff they expect but I’m blessed to have fans who support everything I do.” 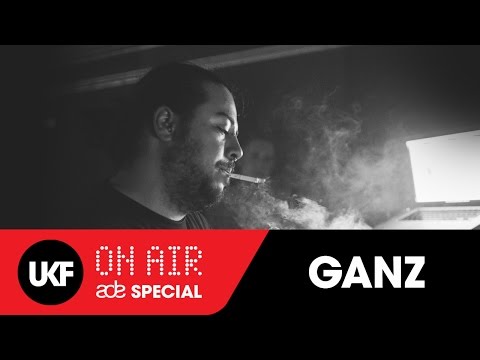 GANZ – Dino War
AUDIO
17 shares
SIGN UP NOW & STAY LOCKED!Sign up to our newsletter to keep up to date with the latest streams, news, and events, all tailored to you.