We’ve been massively impressed by Tantrum Desire’s output of late.

To be honest we’re always impressed by it. But the last two tracks we’ve uploaded – Nightmare and Adventure Through Space – are serious next level slabs of dark drama. Released a few weeks back as an album sampler we called up Jay, the studio operating side of the London-based duo to find out exactly when we can expect their long-awaited debut album!

“It isn’t ready mate,” he says drily. “I’ve got tracks. I got heaps of tracks but… Nothing is set in stone or chosen yet.”

Woah… An album sampler is out but there’s no album to look forward to? The music industry pulls some crazy stunts at points, but this takes the biscuit.

“Oh there will be an album,” Jay assures us. “Just a lot later in the year. I wouldn’t hold your breath but it’s definitely on the way.”

Everyone please relax. Breathe deeply and read on to learn two authoritative Tantrum Desire facts we learnt when Jay told us there was no album to talk about (for now)…

They Are A Duo!

Apologies if you already know this or figured it out – their artist shot is two men after all – but every Tantrum Desire upload generates the same discussion: is it one man? Is it a group? What is going on?

“There were actually five of us to begin with, just to confuse things,” grins Jay. “We were mates all knocking around and into tunes. We were always round each other’s houses, mixing and stuff like that. There were two of us who produced properly. But before we broke through properly the others left and pursued other family commitments and careers. So now it’s just me and Devin. He does the DJ side and I do the studio and DJ side. It’s a unique set up but it works really well.”

Now this isn’t so obvious. In fact unless you actually saw Jay moonwalking behind the decks at one of their shows, you’d never guess. In fact he doesn’t just moonwalk… Jay can do a full Michael Jackson routine! Well, he could when he was a teenager.

“I did a lot of Michael Jackson dance competitions when I was younger,” he reveals. “It almost got serious, I was dragged by my parents up and down the country to take part in them! The last time competition I did was in Wales and there was a big contract up for grabs and everything. There were kids TV presenters there. It was a big deal! So yeah I can moonwalk… I haven’t done it in a long time but I can still do it… If you ask me nicely!”

There you have it. No official album release news to reveal but confirmation one is on its way AND two Tantrum Desire facts thrown in for good measure. If the calibre remains as high as Nightmare and Adventure Through Space we know the album will be more than worth the wait! 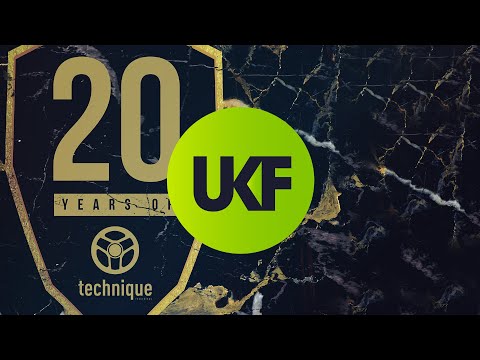 Tantrum Desire – Unleashed
AUDIO
0 shares
SIGN UP NOW & STAY LOCKED!Sign up to our newsletter to keep up to date with the latest streams, news, and events, all tailored to you.