No genre, no boundaries, no rules, no problem mate… Nomine has set up his stall with clarity and consistency over the years and his label Nomine Sound has established a playfully unpredictable reputation as a result. It leaves no clue as to what style might come next, from Digital’s bassline bully business to the technoid spasm of Cocktail Party Effect, but few releases on the label shed such a bright light on the label’s anarchic low-end spirit as Boylan’s 2 Hours Sleep.

Make that a dark light. 2 Hours Sleep is a stinking cauldron of rough shades and textures. Part dubstep, part grime, part jungle, pretty much all breaks; there’s a hardcore melting pot attitude that runs through the album, ricocheting us off the walls with crusty amens and long-dark-tunnel basslines. Inspired, in part, by seminal jungle label No U-Turn’s sister imprint Saigon and guided by some of the most consistent and prominent voices in grime – RikoDan, FlowDan, Devlin – 2 Hours Sleep sees the Peckham-based Oil Gang affiliate capturing the most visceral aspects of 140 and 160 music and brings it together in a hurly, burly heavyweight sucker punch that fans of any genre in the bass continuum can appreciate. We called up Boylan to find out how it came to life…

This album feels like a big old melting pot. Nomine’s ‘no rules bass’ in full effect…

That’s definitely what I had in mind When Nomine first approached me. It came off the back of the No Cure EP I did for him. The no rules bass thing he pushes is very enticing. I was in the throes of making the Bedlam album with Trends when he asked me for a full album. Me and Trends were exploring the horror stuff so this album was an opportunity to do something completely different. I loved the freedom – you can throw breaks in there, you can go dubsteppy when you like, you can do whatever you like. I’m glad it comes off that way.

You must have gone from one album into the next!?

Well me and Trends had an EP that morphed into an album. I think we were about half-way through it but the Trends album had to finish first before I properly started this one. It was cool; I kept it under my hat a bit which was good, there was no pressure… I didn’t tell anyone I was working on this album for quite a while, which meant no one was asking how the album was going. I just had to write tunes. I didn’t send them to anyone until the Bedlam heat died down. That did its thing and then I could start talking about this.

So when the two albums were both being written, the whole two hours sleep thing was probably pretty relevant…

Haha. That’s a better reason than it is in reality. It did represent the lifestyle for a while. But it actually came from an album called Incoming on Saigon – the No U-Turn sister label – and there’s a tune by Future Forces Inc and Nico called Brain. Right at the start there’s a spoken vocal sample that says ‘two hours sleep, that’s why I look like shit’. That album was truly, truly inspiring for me at the time. It’s such an experimental form of dark new dystopian drum & bass that’s never been far from my mind. So it’s a nod to that more than anything. But I do have a lot of sleepless times. If I’ve got a sound engineering job the next day after a long studio session, for example. But it’s more of a reminder of the old days when I had a full time, do a 12 hour day and then do a four or six hour session, have a kip and go back to work. Life is a better balance now but if you do music you do have to be prepared to do your work on two hours sleep from time to time.

Amen. There’s some powerful MC damage on this album. RikoDan on Suspect especially. When did you start reaching out to them?

Hell yeah! Riko smashed it didn’t he? Oil Gang Simon has been a major help – he was listening to stuff as I was making it and helping me make decisions. Nomine asked if Devlin would be up for it because he knew we’d worked together before but I didn’t have anything I thought would totally suit him. A lot of it is maybe a little darker and harder for his style. Then I knocked up this instrumental and he was all over it.

With Suspect I thought Riko would be best because he’s so versatile – he can jump on a different vibe and smash it and he did. We’d already worked together on a track called Dutty Harry with Trends and I knew he’d smash it. But in terms of who I reached out to first, it was Flowdan. I sent him a beat at 8pm, I went to bed late then woke up at 2pm, checked my phone and he’d text at 9am saying he liked it and would do something. By the time I replied he said he’d have something over in an hour. It was unbelievable. The concept of the tune and the vocal was all there in that rough take. His spoken word verse worked so well. It was different to what you expect from him and I love that. No rules in all directions.

Did you say you’d worked with Devlin before?

Yeah we actually lived in the same place for a little while. We were connected through a sound engineer called Dave Pemberton who works with The Prodigy and had this studio in this massive house we all rented. I was there for years and I’d put together a live act at the time.

Haha yeah. One of the guys in the band’s family had this big mansion in Essex and we were renting it out. It had an indoor pool and all these mad rooms. We went and took it over and over the course of time different people came and went. A guy who produced Devlin’s tunes was there and Devlin lived there for a bit. It was a mad time and I learnt so much. It was my equivalent of going up into the mountain and coming back down as a man. I learnt about recording and engineering. Then I ended up coming back to Peckham, linked up with Oil Gang who I’d been doing mixdowns for. That’s how I moved more into that grime and dubsteppy vibe.

I imagine all that learning could be good for working with MCs?

Maybe. Being a vocalist myself in a band too, I learnt from both sides of the mic. Collaborating isn’t easy. Coming up with ideas in front of people isn’t easy. There’s pressure. So by the time I was back in Peckham, Simon could link me up with people and I could work with them easily. I can either bring lots of music but make sure they have their stamp on it. Or I can come in and work with someone who’s got some strong musical ideas but I can still find a way of putting my own stamp on it. You can get so much out of collaborations, but you do have to compromise and you can’t be shy. It’s an interesting artform. Another think another thing that helped me was recording voiceovers for documentaries. Keeping up to date with voice files, having good management and work flow and good templates. So that’s something I’ve learnt from as well. It’s about being quick and smooth.

Tell you what’s not smooth? Biblical Proportions. What a monster of a tune. It’s almost baroque!

That’s an interesting one actually. The guy I collaborated with was the drummer form that period of time, he was in my live band! He brought round that choir style sound and normally in a situation like that I get an 8 bar loop but we kept building it up and up and up but this took us one session just to get the intro sorted then a few days to do the drop. It was an epic track. These things don’t come round that often. When we finished it there was this feeling like ‘okay if we can keep on at this level we’ll be alright’. Don’t Stop was a turning point for me as well.

Yeah that’s got savage breakbeats too. We’re in a good time for breaks aren’t we?

I hope so. I do feel things have gone back to being a bit rawer. The production standard in drum & bass is unbelievably hard. But, for me, when it’s too over-produced it’s to the music’s detriment. Breaks give that rawness, the amen will always rule. Trying to recreate that with percussion sounds is great but there’s something particular about using those old breaks. That with the solid electronic elements is a great fusion for me. It’s not typical of drum & bass production but I like that feeling. That distortion and graininess and push behind the music.

Amen! Literally. What else do we need to know and what’s coming up next?

The release is up for pre-order and will be ready mid-October. Then more DJ sets, hopefully a tour next year, more music and hopefully some teaching and working with Nomine and Nurve at Education & Bass. 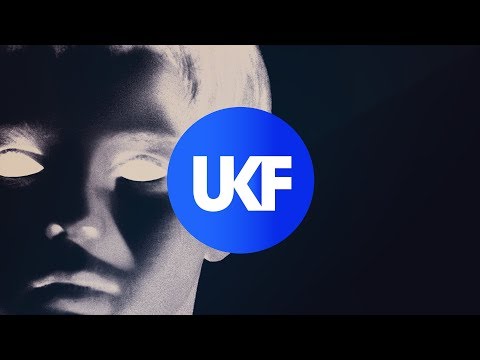 Edlan’s debut album Landmarks is a road trip like no other
WORDS
86 shares
SIGN UP NOW & STAY LOCKED!Sign up to our newsletter to keep up to date with the latest streams, news, and events, all tailored to you.