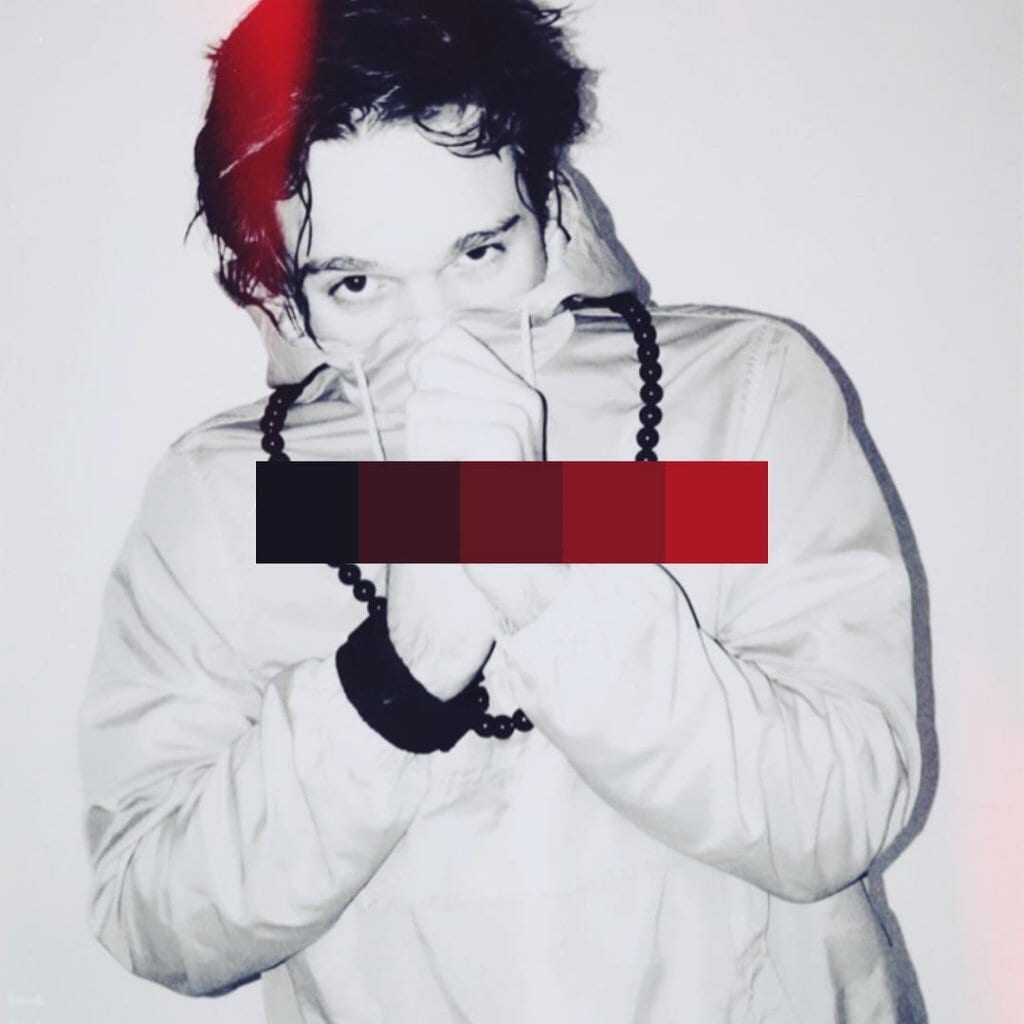 It was 2010 and everything changed. He instantly deleted everything off his iTunes and stocked it up with bass music. Within five years he had completely deleted his future plans in his home country Georgia – where he was already a household name as both a dancer, then as a producer – and did everything he could to move to New York and pursue his dream.

It came with a whole stack of challenges, but in 2015 his persistence paid off as he became a green card owner and a US resident. Stashed up in Brooklyn as a completely unknown artist, a whole new chapter began as Nitepunk. Fundamentally it was a level up, but ostensibly it might not have seemed that way for a while… Lasha was (and still is) a superstar in Georgia. But he didn’t want superstar. He wanted be part of a larger creative movement where his future had unlimited creative potential. And that’s exactly what you hear in his music… More and more so as he settles into this exciting new chapter of his career.

An exciting new career that’s exploding right now. After a few smouldering agenda-setters in 2015/16, he first started to make major movements in 2018 on Disciple and Circus before going ballistic this year with a whole of releases including a remix of Emalkay’s cult classic Fabrication, Golden Claws, Deadman (with Mark The Beast and Vulgatron) and now his most recent track Moonlight Crime. Exclusive to our UKF10 – Ten Years Of UKF album, it pays homage to Lasha’s deepest rave roots. Before he became a pro dancer, before his life was flipped by dubstep.

A pivotal full circle release for the young Georgian artist and another incendiary banger for the biggest album we’ve ever curated, here’s how it came to be… And how Lasha fought persistently to make it all happen.

Let’s go back to the start. You were a dancer in Tbilisi and you heard dubstep on Georgia’s Got Talent, right?

Yeah I was watching Georgia’s Got Talent and this act had a remix that blew my mind. It was like nothing I had ever heard before. The hi-hats, the bassline, the whole thing was just ‘wow’. I have synaesthesia, so I see sound visually. I was seeing these metallic sounds bending and morphing and twisting. I imagined these guys making music in dungeon-like basements with these industrial machines. It was a very vivid image.

It grabbed you so hard it made you want to move to New York!

It made me lose my mind. I deleted all the music off my iTunes and just fill it with dubstep. Datsik and Excision were making this super robotic sound back then. It was so inspiring. The beats were tough, the sound design was crazy, they were modulating basses and expressing themselves through synths. I was a huge fan. I was only listening to bass music. I didn’t know what drum & bass was but when my friend told me what it was I was like ‘wow I’ve been looking for this forever!’

UKF must have been part of this journey?

Oh totally. From 2010 onwards I was on UKF every other day, checking for new tunes all the time. This makes it even crazier to be on the channel and release music with you or do this interview!

Nice. Any particular tunes stand out from that era?

Let me think… That era had such a big effect on me. SKisM’s Experts and Doctor P’s remix of DJ Fresh were really cool. And of course Still Gettin It with Skrillex and Foreign Beggars. That was mind blowing. I’m a huge fan of Foreign Beggars.

Must have been amazing to do Deadman with Vulgatron then?

Oh man for sure. I live in Brooklyn. I don’t live in peak crowded area. It’s a bit arty but it’s still general houses. It’s not a hotpot in anyway. Anyway I go to this place just three blocks away. A bar called Gateway. They’d play weekly shows like super small bass shows. 50 people. I’m there chilling and the owner comes and says ‘yo you know Foreign Beggars, right? They’re here!’ I never imagined they’d be close to my house! I spoke to them, it was a good vibe. Then Pav said he needed a studio, so I called Mark The Beast and Pav came to ours. We played him a tune, he was down right away. It was crazy.

Vulgatron told us the same! So Deadman is just one highlight. You’ve been on Disciple this year and Circus and of course the Emalkay remix. What a year.

It’s been crazy. I got to know Emalkay here in Brooklyn and that track was a big inspiration for me back in the day. It’s also my mom’s favourite dubstep track!

Ha! It’s a very musical track, and remix. Do you have any musical background as well as dancing?

I had piano teacher for some basics. She’d teach me something and I’d be like ‘okay I’ll be back’ and then I’d go and fuck around with what I learnt on my DAW, which was Reason at the time. The creative process was more important form me than the education. I was learning more about musicality how I could find my own signature. I could never sit down and just plain learn. I prefer to hear something, get inspired and work it out.

I think you can feel that in your music. You don’t sit still, your tracks are quite unpredictable…

I think that reflects how bass music and dubstep was so powerful for me. It was unexpected for me! I could not wait to hear new songs from all the artists I followed because there’d be something I’d not heard before. A sound or an idea or a sample or a technique. That’s the best thing about bass music; not knowing what’s coming.

The art of surprise!

Exactly. And then you start thinking ‘how they hell did they do that?’ That excites me and that’s what I want to stay true to.

I actually started the track in 2016. It goes back a bit! I came up with the lead that’s not in the track and I felt the vibe of the track was a very ‘UKF’ sound. It was just the beat and bass and then I expanded the whole idea. I was doing deliveries and always listening to it on my headphones. It was a dope groove but I needed an idea to finish it off. Then Keith Flint passed away and it hit me so hard. I was working on the track and the chords and it gave me the feeling I needed. I grew up with that fire, you know? From like age five or six knowing it was the coolest music ever. It had attitude. That drum fill on Breathe for example. Even at eight years old I imagined myself in front of this crazy huge monster when I heard that song. Keith and The Prodigy gave me so much inspiration.

Amen man. So Moonlight Crime is a homage or tribute to Keith Flint?

Yeah man. I made those chords and all the things fell into place. The ambulance sirens. The vocal element. I wanted to capture that energy their music gave me. There’s a little clue to its tribute in the artwork if you look closely, too.

Oh cool. I guess in Georgia The Prodigy were one of the first rave acts you had exposure to?

It must have been quite a fight to move over to the US. A very strong ambition!

It was hard. I always wanted to come to New York. Growing up watching all the films, Spiderman and Ninja Turtles. As much as I love Georgia and my people it’s still a very closed minded country. It wasn’t giving me mental freedom. Your art doesn’t have anywhere to go. I played a lot of crazy raves out there, it’s all very underground and we created this whole scene out there. But when I got to the peak where I could get to – playing the biggest festivals and recording in the best studios – I had hit the ceiling. I wanted to be in the bass music scene and be around those producers and people I looked up to. Not to be successful, but to be able to do it for a living.

So you made the leap…

They say when you come from a small country you dream big, right? But then I moved here and shit got real. This wasn’t the dream anymore; I had to figure something out. I first came over on a tourist Visa and some savings. Not a lot though. I had a friend from Tbilisi who shared his room, but money was going out fast. I had no documents, I broke up with my girlfriend, I was heartbroken, and things were scary for a while. During all of that I was working on my green card, gathering all the contracts I’d done, interviews, recommendations from places like TV stations and studios. Within one year I got my green card approved. It was the most intense year of my life! Then I got into Dubspot music school and that placed me in the music scene in New York, I got to know a lot of people from there and it was like the beginning of my musical career again.

It was a journey in my life; personal growth and musical growth and now I want to give my ideas the freedom for me to experiment more.

What experiments can we hear next?

I’m not sure yet. I’ve been signed to Prodigy Artists and we’re planning a lot of cool things. I got so many ideas and things I want to achieve.

The best is yet to come… 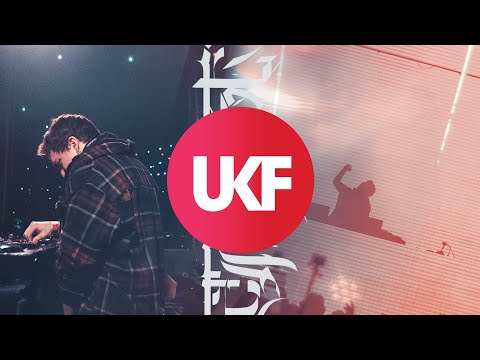 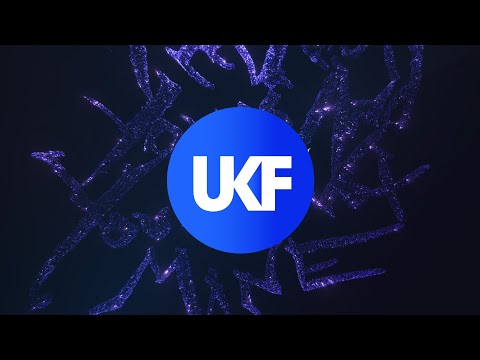 Nitepunk – I’m Not Yours And You’re Not Mine (ft. Yianna)
AUDIO
0 shares

Nitepunk – I’m Not Yours And You’re Not Mine (ft. Yianna)
AUDIO
0 shares
SIGN UP NOW & STAY LOCKED!Sign up to our newsletter to keep up to date with the latest streams, news, and events, all tailored to you.