Frequently spotted writhing in aggy, mucky badlands between dubstep, trap, halftime and hip hop, he seems just as happy knocking you sideways with gritty, rolling, rock-edged mosh-inciting thumpers as he is knocking you out with deep-assed, canyon-plunging system-melters. Don’t take our word for it though, just chow down on his last release Crown Jewels.

Released last month on Never Say Die, it runs the gully gamut from the all-out rage of Pressure (with Mayhem and riot conducting MC MACTurnUp) to the abyssal low-end licks of Flatline and contains some serious wobblers in between. It follows a whole string of releases on the like of Quality Goods, Twonk and Mad Decent and collaborations with the likes of UZ, Rickyxsan, Oski, Eliminate (to name but a few) and is a fiery statement of intent to start the new year.

With more releases locked in the chamber, including a collaboration with Moodygood, we called up Hydraulix to get a little lifted…

Run us through your musical background….

If we’re going right back then it was my parent’s music, Beatles, Stones and all that. But my first personal tastes kicked in around Blink 182, Pharrell, Eminem. That was my earliest foundations but then some friends got decks and we started mixing.

What were the first things you mixed?

Ministry Of Sound mix CDs! So basically we were mixing tunes that are already mixed. But it was wobbly fidget house that really got me into the bass side; A1 Bassline, Count & Sinden, Jack Beats, Herve. That’s what turned me onto electronic music properly.

That was an exciting time in bass music!

It really was. That was the era I got into everything.

Yeah there was a gradual development through guys like Rusko, Bare Noise, Emalkay. Those early epic dubstep tunes converted me into halftimey stuff. Then you had guys Hudson Mohawke, Luncice, Flostradamus…. Those were kinda key acts that bridged those worlds for me.

Yeah I think that’s when doors properly opened between the worlds of hip hop and electronic music. That was another exciting time in bass music.

Totally. You had all the biggest rappers looking for electronic beats and there were some really daring productions and fusions that happened as a result of the two worlds merging like that.

How about your own transition to a producer?

I started around the fidget time but everything I made was obviously horrible because that’s how it is when you start out. Then over the years I just stuck at it and, during that trap transition, I was really finding my sound.

Yeah I did a bootleg of Mr Happy. That was the first thing I did that got attention and plays from quite a few DJs. I was getting sent some crazy videos of it going off. Then I did a remix of Rickyxsan & Dirty Audio’s Getting’ That which really went off. That also started as an unofficial remix with Oski. We sent it to Rickyxsan and Dirty Audio and the next thing we knew it was signed to Mad Decent and got an official release.

I love it when shit like that happens! From a cheeky bootleg to a massive release

Exactly. It was insane and we didn’t expect it at all. And now Rickyxsan is one of my closest friends and we met through that situation. It’s great when things happen like that.

Totally. How’s things in Sydney, I know it’s been a struggle for the nightlife there, right?

Massively. We got these lock-in laws and restrictions. It’s different in every city and state but Sydney is one of the worst. But there’s a lot of guys killing it and putting in so much hard work. A lot of clubs running are still running but some have taken a hit sadly.

New South Wales sounds like the harshest state. I know they’re gunning for festivals, too…

So are most of your shows international in clubs and festivals are being shut down?

No it’s not that bad mate! I’m touring all the time. I do two big Australia tours a year, two big US tours a year, spot weekends and trips to Asia here and there. I’m on my Australian tour now and that runs until the end of March. Then I’m in the US in April and May, then back to Australia for more. It’s constant and all over, really.

Is that how the Never Say Die connection happened? On the road?

It was initially through Habstrakt. We’d known each other for a while and he hit me and Oski up to do a remix of him on Never Say Die compilation. That went well, then Rickyxsan was organising some tracks with them and one of those tracks was a collaboration with me so that started to form more of a relationship with the label. Then I did a collab with Eliminate and that led to this EP. I recently met them all in real life for the first time at Wobbleland. It’s nice to hang properly and get to know each other a bit more. Email-friends is fine and all, but shaking someone’s hand makes a big difference.

Absolutely. So, the Crown Jewels EP. I think it shows your broadest range to date.

It came about really naturally and that was the way I wanted it on the EP. Pressure was always going to be the opener which set the full-on pace. Then the next tune would rein that energy back a little, then the next ramp it up again. I wanted a kinda up and down dynamic to the release.

And it ends on a super deep note, Flatline. That’s your deepest tune to date…

That is definitely my deepest tune to date! It’s one of the track I felt has been received the best, which has surprised me. It’s awesome actually. Especially considering it doesn’t work on some systems because it’s too low.

Exactly! So yeah, I’m stoked at the reception to all the tracks but especially that one, some of my heroes have been playing it.

Awesome. So, for me, the term Crown Jewels has connotations of the of the bollocks. Where you at with that?

Haha! That’s exactly it! Those moments when the music comes out of the speakers and kicks you right in the balls. You got it in one!

Bullseye. What’s up next, then?

I’ve got a remix of Stickybuds coming soon. I’ve got a load of originals that we’re finding homes for and a collaboration with Moodygood which I’m really excited about. Then a whole bunch of collabs and loads more. It’s gonna be a busy year…

Hydraulix – Crown Jewels is out now on Never Say Die 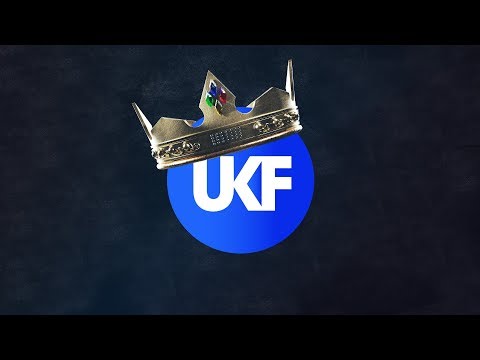