Croatia’s finest bass house export Matroda stepped up to the UKF10 series this month with The One. Featuring San Pancho, a new-gen artist from his local scene Zagreb, The One is yet another verified uncut chest-presser from an artist who’s in the midst of a rich slew of releases on the likes of Dim Mak, Monstercat, Diplo’s Good Enuff and Tchami’s Confession.

Murky bass, widescreen kicks, cheeky broken beats and not shy of a few little ravey elements, The One sums up Matroda’s melting pot attitude and follows his biggest project to date: Red Tape. A two part release weighing in at album level, it digs deep into all his bass influences from trap and hip-hop to pungent, skin-singeing electro but he reckons his future projects are going to raise his level once again. We called him up and asked him who ‘the one’ is for him…

You kicked off 2019 with a post saying ‘next chapter’. You weren’t wrong. 2019 is a damn fine year so far for Matroda and all Matroda fans, right? How’s it been for you?

First of all, thanks for having me. I’ve been a UKF fan since 2013. So far 2019 has been great. With my “next chapter” post I didn’t actually mean anything specific… It’s the next step in my career. I’m just super happy that I can release music and all the art I’m working on. I’m happy for my fans, too, I never imagined all the support when I started producing music. It’s a good feeling. I’m always striving to do better and different things and push myself. It’s cool; I’m excited for all the music and the fact I’m able to play and present my music all around the world in the way I do. For me every new day is a new highlight in a different way; I don’t focus on the numbers game, I’m just constantly trying to be different, unique and hopefully I can inspire some younger producers, too…

I you had to pick three proper pivotal level up moments, though, what would they be?

It’s hard to pick out just three moments! Every show and every track is important for career growth, right? If I had to pick one then I was super happy with my first Matroda & Friends show I did in Los Angeles together with Space Yacht. It was a sold out show so that was a big moment for me. To be honest I am always surprised and happy that so many good producers play and support my music, guys like Wax Motif, Dombresky, Dr Fresch, Angelz and so many more.

Red Tape has been the main focus for you so far this year. Do you remember tapes? You seem too young for them

I remember back in the days, my older brother had a bunch of tapes. When he went to the school I was sneaking in his room and searching for cassettes and listening to them on my Walkman. From that time on I’ve always had a special place in my heart for tapes. I’m a big fan of them. That’s my inspiration for Red Tape and it was sick to see the release come out on actual cassette too!

Which tapes were your most treasured possessions?

You’ve always shown an ability to bring a lot of sounds and genres into your own unique melting but I think the Red Tapes project does that even more than anything you’ve done before. True G for example has elements of breaks, techno, trap, bass, house… all sorts. Do you think Red Tapes has been a new level in melting pot science for you?

I’m always trying to be different. I like all genres. I listen a lot to rock, punk, jazz… My idea is always to add different sounds from different genres in one track. This is a step of the creative process where you can truly be unique.

Speaking of being unique and also speaking of true Gs… Who are the truest of Gs in dance music and bass culture right now for you?

I listen to all kinds of genres, not only house so it’s really hard to choose favourites but if I need to then my number one would be Noisia. Their sound design is another level. Walker & Royce are also releasing dope stuff lately… A lot of unique tracks and crazy sounds. So I’d say they’re true Gs. Malaa & Tchami are doing great things too. They kill it in every way from the branding to the music. I’m always excited to hear their new tracks…

We’re always excited to hear your new tracks. We’ve uploaded a few of yours over the years and now we’ve got The One for our UKF10 series. Biggup San Pacho…

We’re happy to be part of the UKF10 series! San Pacho is a young producer coming out from my hometown Zagreb, Croatia. We met the other day in the studio and actually produced The One together in one day. We finished the track from start to finish in less than 24 hour.

Exactly. When inspiration kicks in you just can’t stop.

I need to ask you who or what is ‘the one’ for you?

FL Studio for sure! Hahaha.

UKF10 is shaping up into this incredible series of tracks that covers the whole bass spectrum. Now you’re part of that. Do you have any favourite uploads?

I’ve been a big fan of what UKF is doing for some time now. It’s a bass music institution! It’s hard to choose one favourite artist or one track, anything from Noisia or Koan Sound should be in this list but if you’re absolutely forcing me…

Actually have two. Dellux – Need U

Selections. So what comes next?

I am in Los Angeles at the moment, finishing a lot of new music and touring as a part of Red Tape North America Tour. I’m back in Europe mid-July for some some festival performances, then in Australia and Asia again. I‘m also dropping The Red Tape Deluxe with 10 dope remixes and two new originals in July then releasing a new single with Mad Decent in August and I’m already working on another big project. Hopefully I can tell you about it when the time is right. I’m very excited about the future.

Matroda & San Pacho – The One is out now on UKF 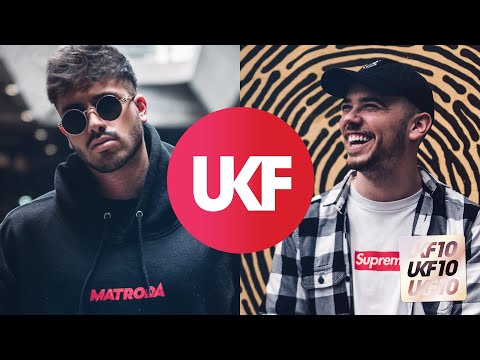 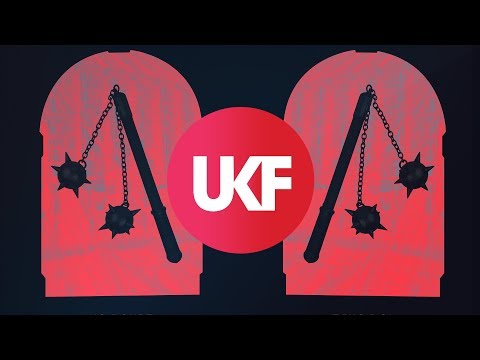 Matroda & Dillon Nathaniel – No Doubt
AUDIO
0 shares
SIGN UP NOW & STAY LOCKED!Sign up to our newsletter to keep up to date with the latest streams, news, and events, all tailored to you.