All we ever wanted was this….

Justice. Another one of the biggest and most heavily requested tracks in the last year has finally dropped this week: Serum, Paul T & Edward Oberon’s Moon In Your Eyes. Out on V, you can stick it on the ever-growing pile that includes staple anthems such as Vanta Black, Police In Helicopter and Come Together.

Armed with its instantly distinctive vocal, that epic tunnelling bassline and a precision balance of shade and soul, Moon In Your Eyes has found its way into sets and selections from all the right DJs, Andy C to Bcee. It comes as part of V’s 25 year celebration release, some cheeky ravers like to change the lyrics to ‘all I ever wanted is fish’ when they sing along and, lest we forget, it’s not the first time the three friends have cooked up such a strong universal, versatile banger and watching it develop a life of its own through good old fashioned dubplate-style circulation among key DJs. Take My Breath Away anyone?

But the hype and anticipation aren’t the reasons why we’ve had to wait so long to buy and stream our own copies. The reality isn’t quite so exciting. But it’s all about the music. And about how this particular trio have landed on a process and style that’s scored them two massive anthems in recent years… And how it could well lead to more.

I first heard this at Sun And Bass last year but I reckon it was around for a while longer. Take me back…

Serum: I’m just looking through my computer… February 2018. Not as long as I thought then. I thought it was even longer than that.

Do you make these tunes in the same space at the same time or all online?

Paul T: Oh no no, we’re all in separate studios.

Serum: Paul and Ed made the tune and gave me the parts. I messed around with them, added my own bass sounds and drums, spread them around a lot and it came together.

Paul T: We did make one tune with me and Mark in the same studio. In Too Deep, which ended up being the b-side to Take My Breath Away.

Serum: I think we sat on that for two years.

Serum: Not for any dubplate reasons. We just didn’t know what to do with it. When Take My Breath Away picked up momentum we put it on that release. But, before then, it just didn’t have a home. Take My Breath Away actually started as a remix didn’t it? They sent me the parts and I suggested we did something else with it and it went from there.

And it ended up becoming massive!

Paul T: Yeah it seemed to strike a chord. It didn’t sound like anything at the time and people responded to it, it took on a life of its own. There’s a few people still playing it.

So that set the precedent. Did that cause any pressure when you were deciding what to work on next?

Edward Oberon: No I don’t think so. These tracks just happen when they do. It’s all very natural.

Serum: We’re all doing our own bits anyway and having fun. It’s no pressure. If the right bit comes along whenever the guys send me things, I’ll work on it and put my own stamp on it. That’s how it’s worked most times.

And then it stays on dub for ages. I’m sure this was meant to come out in January?

Paul T: Bryan’s been busy getting the V album together and making sure it’s perfect. He won’t release it until then because he knows there’s no point in rushing stuff. And then we had to consider other releases we all had. It wouldn’t be sensible for it to clash with the Kings Of The Rollers album for example.

Serum: Yeah it’s not a terribly exciting story really. We’ve not sat on it on purpose or anything.

Edward Oberon: It’s just the way things have come together.

Have you got any good stories from early times you tested the tune out?

Paul T: Sun And Bass actually. I was playing on the beach and everyone was going crazy for it. Before that I saw some great videos from really early plays in Kings Of The Rollers sets. That was when we knew we had something special.

Serum: Somehow people have started singing the hook as ‘all I ever wanted was fish’ and getting fish emojis on their phones and holding them up.

Paul T: (laughs) I like the humour to that. It’s one of those tracks isn’t it? The vocal’s such a big hook and it’s very different to everything else.

Serum: A lot of our tracks have that had that rough and smooth mixture. We’re all inspired by what Dillinja and Lemon D were so good at doing; having that soulful soothing intro and then dropping into something darker. It’s quite a powerful effect.

Edward Oberon: There are a few ideas floating around but we’ll all feel it when the right track comes about.

Serum: We just see what happens we’ll all start feeling it and it comes together.

Paul: It’s a very natural process, we’ve never stressed about finding the right tune or getting anything done so I don’t think we’ll start getting stressed now. We’re just having fun.

Serum, Paul T & Edward Oberon – Moon In Your Eyes is out now on V 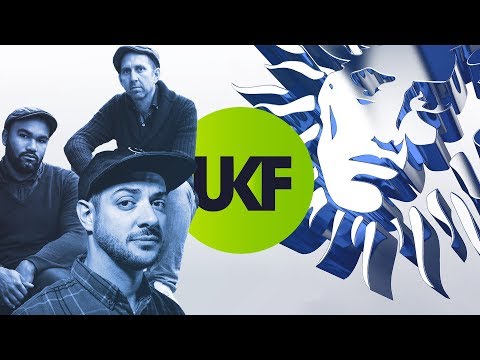 12 Irish & Northern Irish Drum & Bass Producers You Need In Your Life
WORDS
344 shares
SIGN UP NOW & STAY LOCKED!Sign up to our newsletter to keep up to date with the latest streams, news, and events, all tailored to you.