There is a perfect middle ground for labels to occupy that’s somewhere between tiny and massive; a D&B habitable zone in which imprints are free to experiment and be themselves yet have enough followers to make genuine waves.

East London-based Soulvent Records more than falls into that category. It’s the brainchild of Jack Pola of Pola & Bryson fame; Joe Goss, a live band drummer (and nephew to Hospital co-founder Chris Goss) and Liam Holyoak-Rackal, who grew up near Joe and, according to both him and Joe, may as well be part of the Goss family. In just under five years, the trio have managed to create a liquid-orientated platform which orchestrated BMotion’s exclusive signing to Viper and Pola & Bryson’s signing to Shogun, with GLXY following over on to Shogun soon after. Artists like In:Most, Monika, Arch Origin and Revaux have all been dealt the Soulvent treatment; a combination of light-hearted professionalism and top-notch industry contacts which seems to work magic for those who find a place on the label. 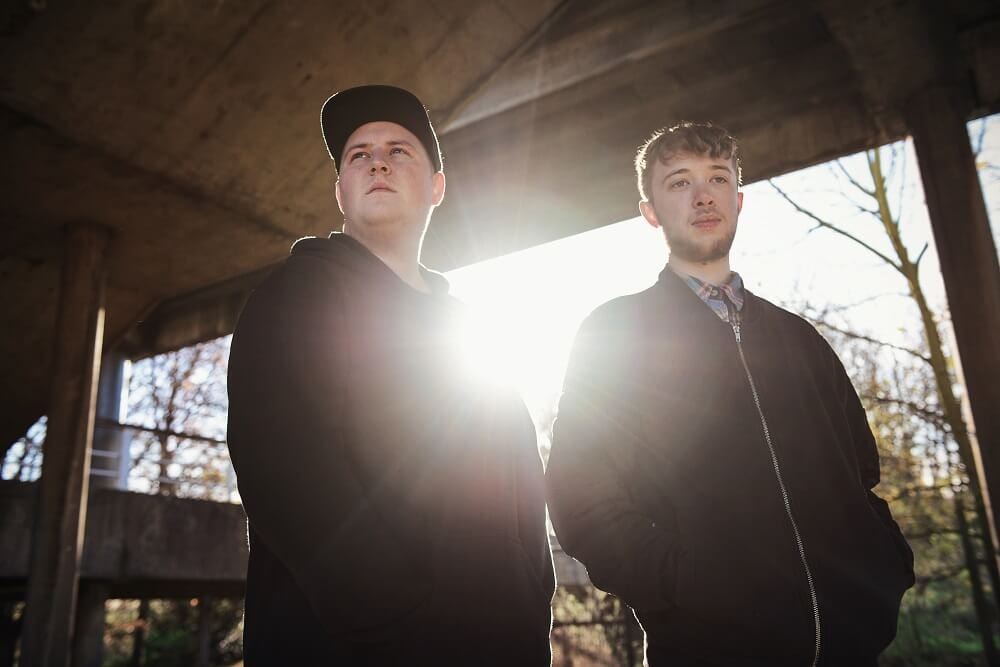 But where did it come from?

As mentioned, Liam and Joe know each other from childhood, but Joe and Jack met in the toilet at what Joe describes as “some shit dubstep rave”, where Jack’s “classic Hospital t-shirt” and not a little intoxication prompted the sort of conversation literally every rave-goer has had in the toilets at a club.

A few years down the line and the three were involved in a project called Discus Records, a label which saw Keeno & Whiney’s first release and a Keeno set before the man himself could even mix on CDJs. Like many projects devised by a group of friends in their early twenties, Discus wasn’t to last. But, as Joe tells it, the trio “had made the decision that we were keen to start our own thing”, one which drew upon friends that they had around them. Jack wasn’t sure who he’d “credit with the initial idea, we just had lots of people who were incredibly passionate about music, particularly D&B, 3/5 of whom were producers and so we thought that we could put music out properly”.

He continued: “Initially it wasn’t a thing where we wanted to create a record label and see it through for twenty or thirty years, it was just let’s put some tunes out with our mates and see what happens. It was only ever intended to be that, but it’s become so much more.” Liam added that “I think because of the love for the genre and the scene itself and just everything about D&B was just so us, right down to the family, I think we wanted to carry that on in some form”.

Joe recounted that at the time, “it felt like if we didn’t start a label then Jack and Harry Bryson would have to go down the same route that everyone else does, which is piquing the interest of a smaller label before you get snatched up by a bigger label – you have to jump through everyone’s hoops”.

It’s perhaps why Liam doesn’t skip a beat when asked what his vision is: Soulvent is to “create a platform for young people, for young talent who aren’t being heard yet, a platform for their music to get to your radios and to your UKFs.” Jack sounds like a proud parent when he names “Soulvent as, despite the fact that it’s under the radar for a lot of people, one of the only platforms that will put out music from you regardless of how big you are.”

Soulvent is thus firmly rooted in the notion of supporting those who are at the same point in their musical journeys as Jack, Joe and Liam were five years ago and it’s led to an ethos of inclusivity for up and coming producers. Finding and breaking new talent forms the core of why the boys do what they do, something which GLXY also brought up when I spoke to them. Recent signees onto Shogun, no one understands how Soulvent can propel an artist like Tom and John, the former of whom notes how new artists don’t get lost amidst the noise like on bigger labels, “they can really push their music on Soulvent and make something of it, stick with that for a while and then maybe move on if they want”.

So, what does the Soulvent brand of D&B look like?

Jack is the main point man on A&R at Soulvent. He told me that “this sounds so cheesy, but you know when you see a beautiful piece of art? Or a beautiful woman in the street? Or man? And you go damn, that’s special. I don’t know what it is, but that’s special. That’s literally what it is with this music. I get sent things and they could be really well produced and they could have very interesting melodies, but it just might not click for me. A lot of us couldn’t tell you what that something special is but you know it when you hear it.”

Joe elaborated: “these days just stuff that stands out a bit more, dares to be more interesting, something that could either fall flat on its face or be absolutely perfect. Just innovation really, I like people who dare to fucking take risks.” Liam encapsulated what he sees as the Soulvent sound as “just soulful D&B man. It can even be heavy, but yeah, I’d say our real sound is that soulful, vocal-led-esque stuff.”

Both Liam and Joe mention Pola & Bryson’s debut album This Time Last Year as epitomizing the Soulvent sound and it’s undoubtedly a stunning compilation of fervently delicate D&B tracks. However, it’s clear from talking to them that as of right now they’re all very much focused on what their newest generation of artists have to offer. British-born but NZ-based producer Monika is at the forefront of Soulvent’s 2018. A mate put him in touch with Jack and the result was Vector/Bahn, a single which demonstrated the cinematic creativity endemic to Monika’s productions and which got quickly picked up by Friction on BBC Radio 1. I asked him why he thought his sound fit well on Soulvent and he suggested that “Monika and Soulvent are both a celebration of D&B and Soulvent supports these guys who are all at the bottom and trying to put their own version of D&B out there and what they feel D&B should be. At the core of it, Monika and Soulvent both have that same thing where they push how they feel D&B should be going.”

Monika is friendly, up-beat and chirpy and it’s hard not to feel like someone with his positive outlook on music isn’t a perfect fit for a label which strives so much to create a family vibe between all its contributors. In:Most are another artist who’ve released a string of excellent tunes on Soulvent and they turned heads with their features on Logistics’ album this year. They agree with Monika, saying that Soulvent “really nurtures a creative atmosphere, there’s no butting heads or competition, it’s all everyone getting on with their own thing and then you’ve got Joe and Jack and Liam guiding the way. It seems to work out really well.”

With so many keen young artists desperate for a career in D&B, it’s clear why some see Soulvent as a stepping stone for bigger labels like Hospital, Shogun or Spearhead. GLXY told me that they thought that was the case, but interestingly saw it as a strength, not a weakness, something that merely highlighted their skill at A&R and cemented their position as a label which is more important than their size would suggest.

Liam agreed, saying that “it does just make us look better” and “if people we’ve worked with have gone on to bigger things, then that’s a good look in my opinion.” Joe described it as “quite frustrating but also quite humbling and flattering”, adding that “I think potentially nowadays, smaller labels that have popped up do end up doing most of the work for the majors.”

I asked all three that question. When I asked Jack, he said that “the vision of the label, which is having good music sent to us, which we think is special, and at least a handful of people get to hear it thanks to us releasing it, gets met every single day. When you sort of bottle it down to that being the vision of the label, every day is a win and every single day it’s getting more and more wild and becoming bigger than we could’ve hoped.”

Joe said that “I think so, yeah. Obviously, we want to grow and do more and always keep it going, but yeah, we’ve achieved some of the things we’d wanted to and I’m proud of that.”

Liam also agreed: “Yeah, absolutely man. At least I hope we’ve done it well. It’s great having big artists and people who are pushing you out and making you money and giving you rep, but at the same time, I find more fun in finding some dude who’s got no followers and two awesome tracks, putting that out and pushing them towards the reputation that he or she deserves. I’d like to think that that is the image that we portray and the way that we come across in the scene, just supporting talent that’s not been supported.”

In terms of the future, 2019 will be Soulvent’s fifth year and to celebrate there’s going to be a compilation that draws upon some of the imprint’s most integral artists for one big release. Liam mentioned to me that they’re hoping to get onto the festival circuit next summer and, like always, there’s going to be plenty of fresh new music from some of the youngest, hungriest talent in the game. Business as usual, then, for a label which has kickstarted careers and jolted hearts for nearly half a decade.