Following impeccable EPs from Submorphics, FD, Redeyes and the Dutch doyen himself, Zero T & Unitsouled’s Baby Grand EP is the latest in rich vein of release-form from The North Quarter. Once again super-sized at a cool 10 tracks (eight originals, two instrumentals), once again joining dots between styles, tempos and vibes, once again featuring a royal rollcall of collaborators…

At the heart of the project, though are Zero T and Unitsouled. One name you’re bound to recognise (Zero T AKA Cian McCann) the other less so. For now…

In fact there’s a strong chance you’ve heard Sam’s work before on Cian’s original productions. You will have also heard samples taken from Daire’s record collection. Baby Grand, however, is the first time they’ve all worked and written together and the results speak for themselves.

Daire…. We know all about Zero T but fill us in on your musical past. Are you a full time musician?

Daire: No not full time. But Sam and I have formed Unitsouled which is effectively just us as duo but we augment with others from time to time like rappers and brass sections. We both work in tech and UX so we’re not jobbing, full time guys, but inherently that doesn’t mean it isn’t deep to us.

How long have you been doing this – it’s performance and improvisation based, right? This is your first release.

Daire: Correct. It just came together over time. It grew with myself and Sam kinda out of various frustrations and other things. It’s our first proper release and we’re super charged about it. We’re quite immature in a sense. We’ve only been around for a few years. We did our first gig in Hornsey Community Festival to three people in the rain two years ago. We’ve done some cool things in Croatian festivals but no we’re not the radar.

Cian: Sam isn’t here but to give you a background he’s also Irish and we met him in Dublin at the turn of the century. Sam is an incredible multi-instrumentalist, I’ve asked him to replay samples and play on bits over the years and he has a solo project Ishfaq which is kind of a broken beat type of project. It was interesting for me to collaborate with the two of them and fuse a bit of what I do and what they do as well.

Have you always wanted to do this as brothers?

Cian: Not specifically but it came together in a natural way. We have to tip our hat to Lenzman here. He executively produced the whole concept. I was going to do an EP as Zero T. But, as you know, the label’s remit is a lot more diverse than just drum & bass. I’ve always made different bits of non drum & bass stuff and had the idea of doing it in collaboration with Unitsouled because I know their abilities and talents and there’s a huge overlap in our tastes. The North Quarter was an ideal place to do this and use real music rather than samples.

Yeah this is a soul record over everything else

Cian: That’s the common thread through all of our tastes. So the idea then morphed from Unitsouled featuring on a couple of tracks into a bigger project with Lenzman encouraging the guys to try playing on some drum & bass as well until it became this mini album comprising these soul jazz players and me on the buttons. It’s been really interesting.

Daire: Kind of unconsciously I became super interested in exploring how I could add some jazzy shit to something that’s locked into such a serious BPM. How can jazz guitar fit with a drum & bass track. What can we do? It’s a different thing. It was a fun challenge and had to be done creatively. No one wants a smooth jazz version of a drum & bass track, right?

Daire: It fluctuates. I definitely land on the side of the fluid, deep house influences and R&B influence. Girly tunes, I guess, but I’d much rather dance with women! Melody and soul are very important for me. When I was younger I enjoyed the more furious side of music. The type of music I would rob a post office in Wales to, you know? But it’s the soulful side that I share with Cian. And also a mutual love for classic hip-hop, Pete Rock, instrumentals, Radio Juicy and Jazz Re:Freshed. Stuff like that. Nerdy, Rhodsey, lo-fi hip-hop instrumentals. I love that shit.

I’m getting a Talkin’ Loud feel to the record. Maybe a Bristol vibe on Right Stuff, too.

Cian: Talkin’ Loud did have an influence on us in the mid 90s. Daire had a big collection of Acid Jazz and would expose me to that music which was important because I was in my most militant D&B phase. That was before Giles got guys like Roni and Peshay and Nuyorican Soul on the label.

That’s funny because the chords on Tears kinda remind me of Roni’s remix of Nuyorican Soul!

Cian: That is totally our era, though. Back when we were young.

Older brother’s have a big responsibility in terms of musical influence, right?

Cian: He’s been vital to my musical education. As soon as I started producing I was raiding his collection to sample bits from his old acid jazz albums and he opened me up to things I wouldn’t have checked for sure.

So early samples in your first records came from Daire’s collection?

Daire: Well, my CD collection to be more accurate!

Cian: Our dad was a serious jazz collector who lived in America in the 70s so we grew up in the house listening to everything from jazz to Gregorian chant and some pretty severe classical music. When he was on the jazz it was cool. But I inherited that collection and it still turns up gold for me. There are samples from his collection on this EP.

Cool! So your dad is in this album in a sense, too. This can’t be a one off can it?

Cian: There’ll definitely be more and we’ll continue to collaborate in different ways. I might do some production for them but it’s still under their name and they might play bits for me but under my name but Lenzman has already talked to us to do more things for vocalists. You never know. It was very organic in the first place so it happens when it happens. We always speak and share ideas and the guys play parts for my tracks and remixes so it’s an on-going thing.

Daire: There’s definitely more. We’re not stuck for material or ideas in terms of Unitsouled. For us it’s still all about the live shows, creating something organic that’s live, fluid and acts like a DJ but you’re not stuck within the format. You can tweak stuff, turn mistakes into tunes, you can cannibalise yourself live depending on how many people are there and what they’re feeling. But live or release-wise, this is definitely the start of something right here…. 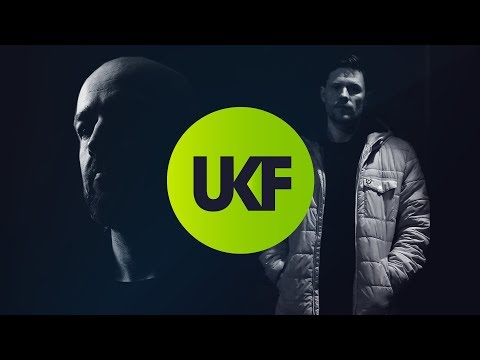