Lock down your aerials!

Rusko’s back in the studio. And he’s on a mission to defy every signature and motif he’s become synonymous with since he stepped foot into the bass fray eight years ago.

Tempos trashed, dubstep ditched, D&B be gone, vocals vamoosh… Next week he’s about to activate a three-part gamechange initiative. Entitled “!”, the series comprises 15 instrumentals and no remixes. Rusko reckons it’s one of the biggest challenges he’s ever set himself.

“It’s the first time I’ve sat down to write music that isn’t to DJ or to send to other DJs,” says Rusko who admits he’d scrap anything that sounded vaguely like his past work. “There are no remixes, there are no guest vocals, no radio tracks, no collaborations. It’s straight up music within tempos that I have never used before.”

“The no-vocals element is especially important. I kinda felt like I’ve done the vocal thing to death. As well as the challenge of working outside genres I’m more familiar with, it was also a challenge to write 15 tracks that didn’t have vocals. Adding more synth parts and little guitar solos and details pushed me a lot more than adding vocals. I’ve set myself a challenge doing this and have loved every second of it.”

Chances are we’ll love every second of it, too. Early bird ears were graced with the detailed sonic sprinkles of the super-uplifting Sunshower while the full EP (released July 28) will contain slippery, slinky G-funk vibes in the form of “Happy Chords”, feel-good, piano-slapping turbo funk in the form of “Rusko Theme” and much more. Here’s Sunshower to chew on for now…

As he prepares to unleash such a bold creative assault, we thought it was high time he stepped inside the UKF time machine and looked back over the uploads he’s enjoyed on our own channels over the year. Turns out we’ve bagged some rather pivotal pieces for both Rusko and UKF.

“I used to play this game loads as a kid so it was really cool to have Capcom ring me up and ask to do an official remix! Unfortunately all they sent me was an MP3 of the tune that you’d hear coming from the TV. That was it! I had to sit there and work out the track and remake everything. Madly I still get loads of requests to play this in America. It came and went pretty quickly everywhere else around the world but US fans still seem to love it. To be honest I haven’t even heard it myself for a couple of years!”

“This was a friendly, no-business / no-management trade between us. He remixed Hold On which was humungously huge and I remixed Splash. We did this over email, no contract or money. A little friendly swapsie, if you will. My remix of Splash was a lot lighter and poppier than everything I was doing at the time. Back then I was still in the middle of writing a lot of heavy stuff so it was a refreshing project to work on. It’s borderline not-quite dubstep and, looking back, quite a transitional track for me.”

“I remember getting this remix very clearly. I was in Sydney on one of those massive travelling tours. Australian internet was atrociously bad at the time. The hotel had THE worst internet I’ve ever used in modern times… You had to go down to the lobby to use it and it was dial-up. So downloading this was so frustrating. The MP3 took an hour and a half to download!

“But when I heard it I knew the wait was worth it. SUCH a good remix! It was cool because it was quite early on in Netsky’s career. He’s huge now but this was just before his first album. He’d only done a bunch of singles before then. I’d been a fan of his from the start and was really pleased when he agreed to remix me. He’s such a nice guy, too. We still stay in touch and, out of everyone who I’ve ever done remix projects with, he’s one person I’ve spoken to the most. I love how this all came about.”

Somebody To Love (Sigma Remix)

“Another really cool one timing-wise. Sigma had a buzz but hadn’t blown up as they have now. I’m proud to have got in there and got a really cool remix before they blew up. I’d been feeling them for years and asked them to join me on an eight-week tour of the States before I asked them to do this remix. They came out for the full 50-odd shows and we had loads of fun. Spending so much time together in such a tiny little space was a pleasure… Which isn’t always the case with these type of tours! So this remix was really cool and they played it at the end of their set before I came on. I’ve got some great memories of this actually.”

“This was the first single from my Songs album so that’s the first cool thing about this particular track. The whole album was made in a very intense eight week writing period. I feel like a lot of dance music albums are written very sporadically; one in a hotel room, one on a plane, one in a friend’s studio… It’s like a collection of songs and not an album. OMG was like that for me; I wrote some tracks on laptops, some in the studio, some in the UK, some in the US, some tracks single, some tracks married. It’s all over the place!

“So Songs was me shutting off from the world to write something much more cohesive and consistent. No shows, just heads down and writing one whole body of work. So I found it very hard to work out which track would be the first single. When I finally picked Thunder, just like the other two remixes, I picked a drum & bass artist who I was really feeling to do the remix. I love Tantrum Desire so asking them to do this was a no brainer… And they smashed it! This is such an awesome remix I haven’t played the original for well over a year but I still play this almost every single set!” 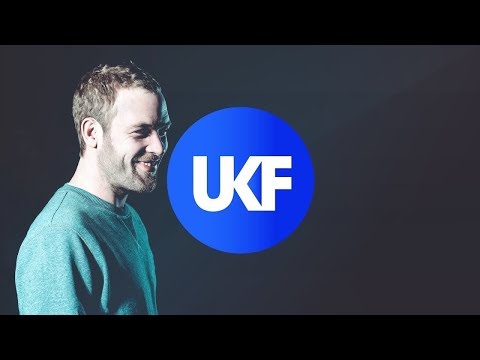 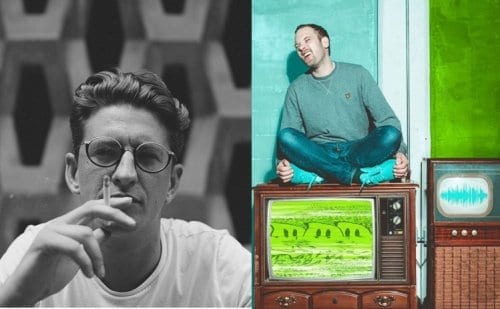 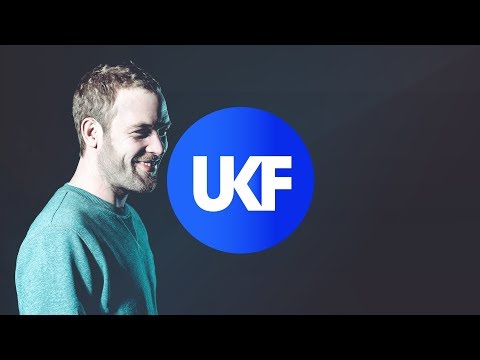 Rusko – Squirrel Beta
AUDIO
0 shares
SIGN UP NOW & STAY LOCKED!Sign up to our newsletter to keep up to date with the latest streams, news, and events, all tailored to you.