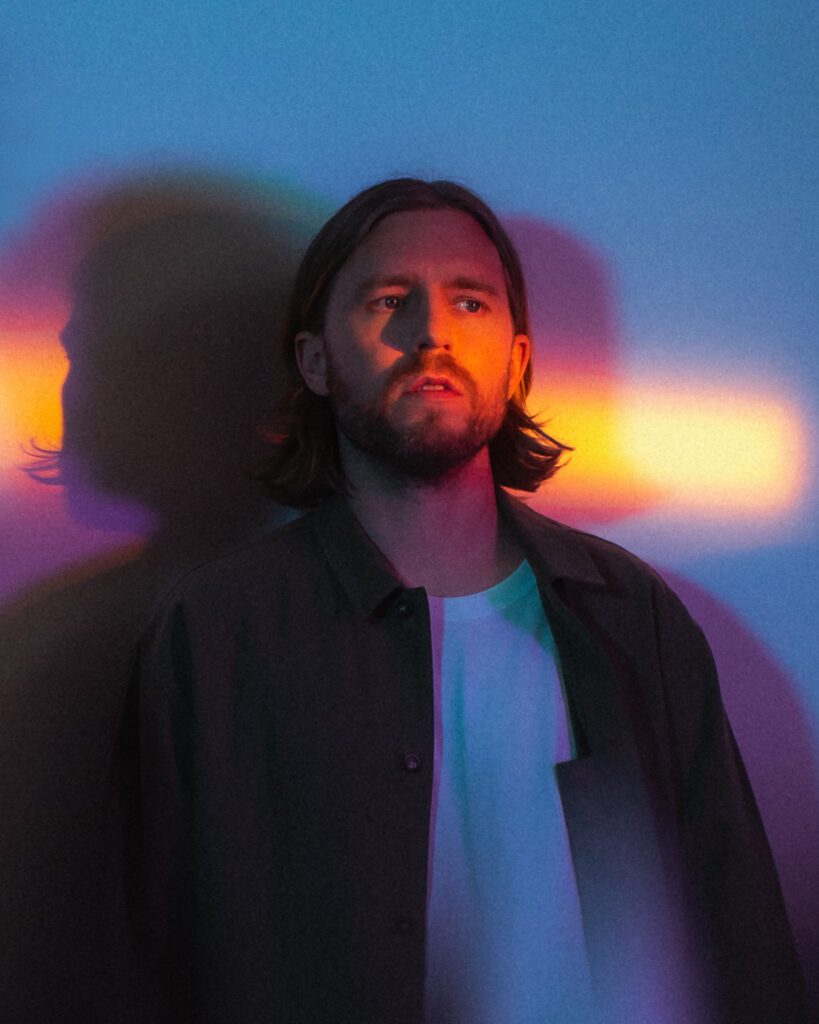 “I wanted to represent the full spectrum of D&B with the types of artists that I chose to work with on this, from very techno influenced stuff by Misanthrop to liquid from the likes of Pola & Bryson and reworks from collaborators like Dimension & Wilkinson. I was really flattered that some of my favourite D&B artists were up for being a part of this and it was cool to hear stories about their relationship to the original tracks.” – Sub Focus

It’s finally here. After months of IDs and weeks of teases, the first ever album-sized collection of Sub Focus remixes is out in the solar system and it features some of the brightest and most exciting minds in the drum & bass deep space.

A full flex of talents from Camo & Krooked to Bou and an even fuller range of flavours from bulldozer dancefloor to psytrance, Sub Focus’s work has never been under the murk microscope at this level of detail before… And each remix adds to the original tracks own indelible story and legacy.

“The early tunes I released on Ram culminating in my first album are one of my proudest achievements in my career and really cemented my rep,” Sub Focus tells us. “Personally when I hear these originals it transports me back to a really special time in my life when I was beginning to release music and travel the world as a DJ. It’s mad how many people still ask me about these tunes and to hear how the music resonated with them!”

Sub Focus Reworks I took seed way back during the build-up to Ram Records 25th anniversary in 2017 when Metrik added several more gallons of radioactive rave juice to X-Ray. When Culture Shock added his own remix of Airplane to the collection last year, the plan came together. “We could see we potentially had the beginnings of a cool album project,” says Subby, real name Nick Douwma. “Getting fresh new takes made of some of the original tracks I released on Ram when I was coming through as a producer.”

Focusing on his releases between 2005 – 2010, Sub Focus Reworks 1 captures that special energy and excitement he had breaking through and flips it with 2021 energy and production. Even the original artwork was given the reboot treatment. “We fed the old cover imagery through a process to turn them into these glitched disc animations,” Nick explains. “We preserved the colours of the originals, and took snapshots of the best moments for the still artwork images.”

It’s this type of level of detail that has set Nick on his unique path since he broken through in the mid-2000s. It’s a trait Ram founder Andy C has always seen in him and nurtured since he famously signed Subby through a demo CD handed to him at Fabric. We caught words from Andy about the man PLUS comments from many of the other acts involved in the first Reworks collection about their own reboots and Sub Focus’s influence on their own work including Camo & Krooked and Mefjus, Misanthrop, Pola & Bryson and psytrance fan Dimension himself.

“Sub Focus is one of the most incredible producers we’ve been lucky to have in our scene. The run of tunes from when we signed him to Ram right up to his debut album cemented him as a legend for all time. It was an honour to see Nick grow from his early demos to the relentless surge of classics that pretty much every release became! These tunes bring a sense of nostalgia with beautiful memories and lifelong friends made on the dance floor the world over. This is such a personal highlight for me and we at Ram are incredibly proud to have his work in our legacy and this remix package is testament to the scene with so many diverse producers giving their own take on Nick’s history.” Andy C

“Just thinking about Airplane instantly transports me back to fabric Room1. it was a big feature of Andy’s sets at the time and would always stand out due to its progressive nature, not trying to do too much just a constantly evolving vibe. Last year I was working on a new track on a train heading to a show, I found myself hearing the vocal “the airplane flies through my mind” in my head. I just messaged Nick ‘Airplane remix?’ He responded ‘Yeah man’ and followed with a folder of stems…. One of those projects that just fell into place very naturally. Playing around with the mid-range sound evolved into the main hook which i think gives the remix and identity in its own right.” Culture Shock

“I’m really grateful for the opportunity to remix one of Sub Focus’s excellent tracks from his impressive back catalogue. My challenge was to transform Nick’s original into something that would fit seamlessly into my sonic world. For me the result is a logical progression and a follow up to my Analog album.” Misanthrop

“It was a real pleasure to be asked to be involved in this project. We were both massively influenced by Sub Focus’ early releases and debut album on Ram back when we were younger and to then go on to remix one of those tracks is quite a surreal thing. We really wanted to stick with the uplifting and euphoric vibe of the original as well as bring out more of Takura’s great hook.” Pola & Bryson

“We tried to combine the nostalgic vibe of the original track with our vision of what modern jungle can sound like, building around the famous amen break used in the original. The result is a remix we are very proud of, and the great reaction on the dancefloor reflects this.” Camo & Krooked & Mefjus

“It’s such an honour to have been asked by Nick to remix such a legendary anthem of his, extremely daunting as well! I wanted to keep the vibe of the original but update the structure and the production while maintaining that French electro palette of sounds. Hope you like it!” Wilkinson

“X-Ray has one of the biggest hooks ever heard in a drum & bass track and from first listen knew it would achieve classic status. Being asked to remix it was a big honour but it was also daunting, as it seemed impossible to improve the original in any way. I decided to keep it simple by giving it a production refresh and modernising it in line with the sound of the time. The main trademark Metrik signature I added was treating the main lead as I did in my track Fatso with the low and high octave thing. Other than that, I let the hook do the talking and avoided any niche / trendy elements to maintain a sense of timelessness.” Metrik

“Lean into the psy ✊.” Dimension

“So happy to be a part of this project, we grew up on these classics so it’s an honour to get the chance to remix one of them!  We wanted to keep the rolling feel of the original as we felt its a vital part of that tune, so just hope we’ve done it justice. Was also great to meet the Deep Space stems in person too they are lovely!” Data 3

Sub Focus – Reworks 1 is out now on Ram Records 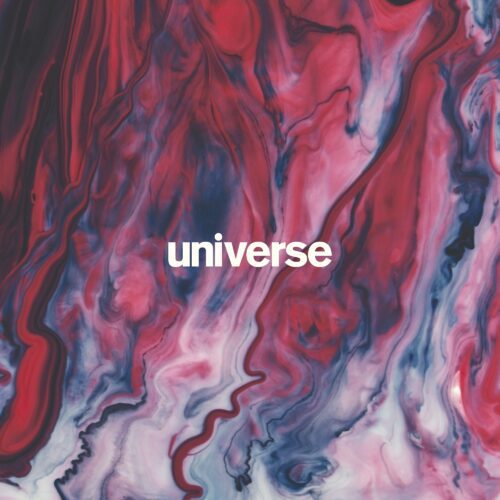 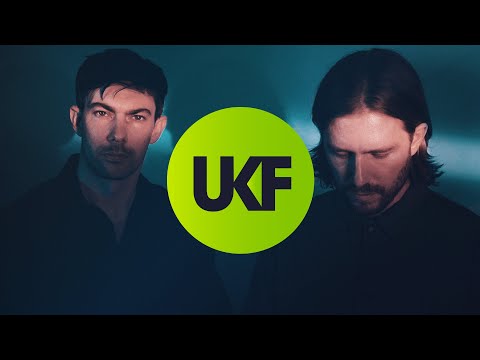 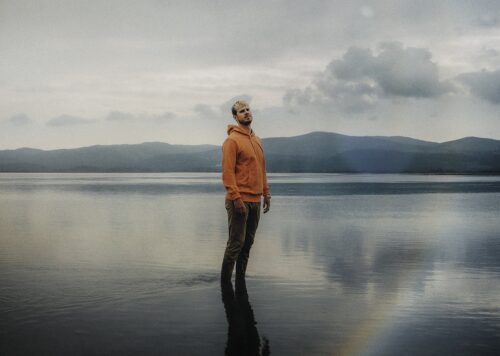 Cognition is the sound of Wilkinson at the very top of his game. Here’s why…
WORDS
18 shares
SIGN UP NOW & STAY LOCKED!Sign up to our newsletter to keep up to date with the latest streams, news, and events, all tailored to you.