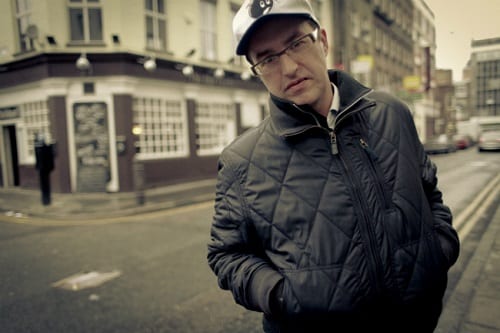 The drum & bass community has been rocked by the tragic death of one of the most gifted producers and respected figures ever to grace the genre.

The word legend almost feels like an understatement for someone of Marcus Intalex’s importance. Quite simply, if it weren’t for his influence, drum & bass wouldn’t be what it is today. His music introduced countless people to it and inspired many of today’s producers to start their musical journeys. He was a true pioneer with an inimitable sound and infectious personality. His sudden death yesterday marks one of the saddest days in the history of the genre.

His mark on the music he was so passionate about is both profound and indelible. All it takes is one look at his glittering back catalogue, which spans over two decades, to realise that. After his first ever release, What Ya Gonna Do under the moniker of Da Intalex in 1994, he went on to produce an abundance of the scene’s most seminal cuts. Celestial Navigation, Temperance, How You Make Me Feel, Virgo, Universe, 3 AM, Outerspace… the list goes on.

He was one of the finest purveyors of soulful and restrained drum & bass, but like all the best producers in the business, he was more than capable of switching things up. The likes of Step Forward, Riots and Mixed Bag showcased a darker, barbed side to his sound; each one demonstrating his versatility.

Marcus was an open honest humble and uplifting soul to be around.I hope in death you can inspire more to be like you.I will miss you matey!

Collaborations were also key for Marcus. Creatively he was often spotted working with long-time friends such as ST Files and Calibre but also as a label owner; Soul:r saw him encouraging the best out of every artist who’s been lucky to grace it. Soul:r’s discography reads like a who’s who in drum & bass and artists who enjoyed early career-galvanising releases on the label include Marky & XRS, Lynx, Break, Alix Perez, Icicle, LSB, S.P.Y. Famously operating on the less-is-more approach, every Soul:r release boasts buy-on-sight status due to Marcus’s craftsman ethos and eye for detail.  Soul:r also founded the hugely popular club night Soul:ution. Marcus played at its most recent event at Manchester’s Soup Kitchen on Saturday night. His final ever set.

But know that yesterday he beat me at golf, we eat Japanese food then he absolutely destroyed Soul:ution in the city he loved so much

Testament to his ability and diversity, Marcus wasn’t purely bound to the confines of drum & bass. In 2011 he took on a second alias Trevino, and garnered a keen following in the house and techno scene. While still remaining an influential and central figure in drum & bass, he managed to put music out as Trevino on the likes of Scuba’s Hotflush Recordings and Will Saul’s Aus Music… And develop the same peer-respect within a whole other realm of music.

After news of his passing filtered through yesterday, social media timelines were flooded with posts of sadness, disbelief and appreciation. Many of the most notable heads in drum & bass and beyond shared their devastation. Chase & Status said: “Such devastating news, another legend, one of Manchester’s greats taken too early. Our thoughts are with his family,” while Doc Scott said: “Today drum and bass lost a titan, I lost a dear friend and the world lost a really really great guy. Love you forever Marcus.”

Away from music, he was known for his dry sense of humour, his love of golf and penchant for fine red wine. He was down to earth and a thoroughly nice, genuine guy. Born in Burnley, his life changed when he visited Manchester’s Hacienda for the very first time to watch New Order. He fell in love with Manchester and it’s fitting he was able to play his final ever set there.

Our thoughts are with his family and friends at this desperately sad time. His death has left a void in the drum & bass scene which will never be filled, but his music will never, ever be forgotten.