In case you’re already missing the final summer month, we’ve called up some of the BIGGEST names in every game to discover the biggest tune in their lives throughout August.

We weren’t disappointed with their recommendations: Emperor has gone deep on a jazz flex, Truth have unearthed the best Biggie version ever created, Flux highlights the hairiest exploits of his Circus partner in grime Doctor P, London Elektricity has officially come out and LOADS more!

Serious vibes in every style and flavour. And yes; we’ve asked one too many DJs again… We just can’t get enough new music!

“This track is unreleased, but it’s on his SoundCloud… I can’t tell you who Zack The Lad is, but I can tell you I’ve been really been feeling his stuff! Especially this, he’s switched it up beautifully right here. The vibes are on another level. To put it simply, Zack The Lad is one of the only artists I have on my iPod right now.”

“Absolutely love this tune. It’s everything dubstep should be – unpretentious, fun music with bags of energy.

Every time I play it out it puts a smile on my face. It’s a very consistent track in terms of crowd reaction, it’s thoroughly modern but boasts a lot of the character and swagger that made dubstep so much fun back in 2011. More of these please Mr Eptic.”

“Black Radio by Robert Glasper Experiment is one of my favourite albums of all time, Afro Blue being one of the title tracks. For me it’s the combination of jazz, soul and hip-hop that just resonates; perfect to chill out to after a studio session, or on the train before a show… The calm before the storm!

Wonderful production, mesmerising progressions and melodies, and drums to die for. This album has inspired a lot in my own music, I feel it’s important to have more of an eclectic music taste outside of dance music as a whole, especially as a producer.”

“Suitably ridiculous and can’t really be understood anywhere other than the dancefloor, but f**k me does this tune go off. When I first heard it I thought my Circus brother had gone mad, but as soon as I played it out I felt the genius of this undeniable feat of compositional elegance. Forget everything you think music should be and head down to your local discotheque… If you are lucky you will get to experience this record in all its glory.”

“The homie GANZ has been earning his stripes with stellar remixes like this one.  He took the beautiful Alison Wonderland vocals and gave them a proper thumping.  This is currently one of our favourite tracks to play out in sets.”

“Phazz popped onto our radar earlier this year when Lab member Stray crossed paths with the Frenchman in a Lyonnaise DJ booth. At that stage we understood the guy as a Cali-tinged future soul beatsmith; relaying the same kind of energy you’d expect from his Soulection recording label mates like Esta or Sango. Insomnia is an entirely different proposition. And, whether he intended it or not, Phazz has managed to channel a lot of ideas and instrumentation that people in the D&B scene would find very familiar. This bleak and unsettling track can probably be best described as vintage Dom & Roland meets mid-millenium Flying Lotus. The cherry on the cake is that it comes in the form of a free download from his soundcloud!”

“I love everything Just a Gent does. He’s got a great sound and his songs are fun!”

“There were a few bootlegs I wanted to list but none of them are online. So, I’m coming out… I’m a big Deadmau5 fan. He transcends EDM by a massive margin, and his sound design and composition is simply brilliant. Dimension’s D&B booty of Avaritia is a perfect big room high quality slice of euphoric D&B. Unlike so much of that much maligned sub genre, this tune uses its simplicity to achieve power and balance and stays true to the original. Pow.”

“This tune will lull you into a sleepy trance like some sort of twisted lullaby… Then tear your fucking face off.”

“The happy and playful vibes of this track are really what drew me into it. A lot of songs that are coming out today have a very serious tone to them and I really enjoy the refreshing sound the original track brings to the table. Mix that in with some wonky pitched up baselines and a little bit of Milo and Otis remix magic and you’ve got a song with amazing contrast, arrangement, and emotion making it the perfect summer tune to get down to while driving, dancing, or DJing. I often have caught myself dancing/bouncing around during my sets when playing this one out.”

“This is a really a tough one as we have some dope tunes by the likes of Kaiju, Gantz and Proxima which we love to play. But going to give it to Joker with Big. It’s a Juicy rework that takes it to the next level! It’s just fun to play, it’s always one to look forward to in the set. The crowd sings along, it’s great in the mix with other tracks and with the purple Joker element in this track totally lifts the energy of the set.  Joker gave us this dub when we were working on the track Evil Eye from our Hollow World album, it’s been a staple in every set we have played since!” 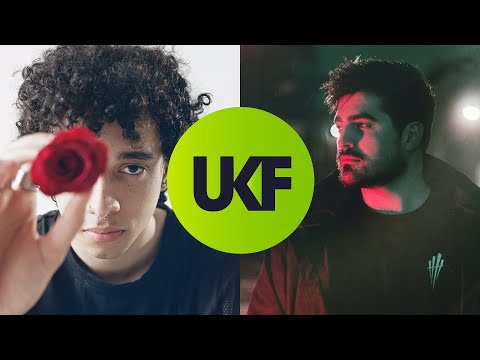 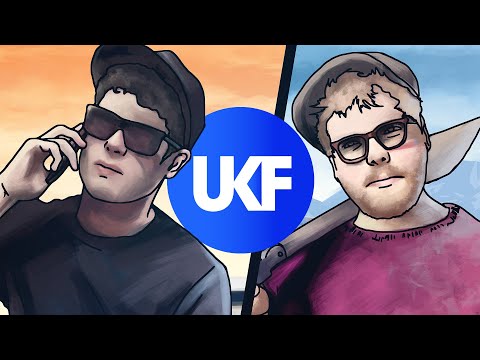 Dodge & Fuski – We Pop Dat
AUDIO
0 shares
SIGN UP NOW & STAY LOCKED!Sign up to our newsletter to keep up to date with the latest streams, news, and events, all tailored to you.