Whether you’re chatting D&B, dubstep, bass house or every shade in between, 2015 has been an exciting year for beats on all sides of the ever-mutating bass spectrum.

Picking one from the thousands of releases we’ve enjoyed throughout 2015 is tough, border-line impossible. But that hasn’t stopped us from bugging a whole bunch of DJs and demanding them for their favourite tunes of the year.

From SKisM to Teddy Killerz, Maduk to Funtcase, they’ve all cherry-picked some incredible tracks and have highlighted a few consistent favourites along the way: Dead Limit, Whip Slap and The Dopest all enjoy rewinds in this heavyweight roll-call of over 30 acts.

Get to know: there are some incredible tracks across the genres with a fair few hidden gems you may have missed and, quite possibly, a fair few of your own favourites too!

“First heard this track on the Helldeep Radio podcast and was instantly hooked. Must have played it about 50 times in the last week!”

“This past year, Document One came out with a few tracks which have this slick, jazzy style. My favourite of these is Follow Me, which seems to perfectly balance elements of jazz, neuro and liquid. It features a bassline that merges twangy upright bass and modulated synths beautifully, and is one of the few tunes that I don’t get tired of despite the relatively slight variation – it just pulls it off so well! Together with the smooth vocals and brass, the atmosphere that was captured in this track really sets it apart from most of the other drum & bass that was released in 2015, and it sounds as fresh to me now as it did the first time I heard it.”

“I think D&B as a whole has reached a point where more ‘songs’ are needed. And these guys have been bringing just that to the table. Not saying I don’t like the straight up club tunes, but I personally think that side of things is a little over saturated.”

“One that I’ve been enjoying recently, it has an absolutely savage drop, love the hyper futurist vibe.”

“Featured in all our sets this year with guaranteed dancefloor destruction. Space-age, universe-straddling vibes with echoes of the future.”

“My favourite track this year. I love the 80s arpeggio intro and all the atmosphere that comes with it. The drop is pure savagery, the bass sounds like a giant robot chomping on metal. I still can’t work out how they did the drums for this’ the kick sits really really quietly in the mix. I think I read that they made this really quickly too, it certainly doesn’t sound like it! It’s been in practically all my sets in 2015. Maaaassive!”

“This tune just absolutely destroys any venue whenever anyone plays it… Biggest reaction of any tune we’ve played all year and that says it all really.”

“My tune of the year has to be Animal, the track produced by me, Harry Shotta and Dextone. The way the track was received by the people worldwide was very humbling and it was amazing to see MTV channels in USA, Australia, UK and even Africa writing and talking about the track. When we have performed the track live, the response from the audience has been amazing with them clapping and cheering when it’s finished. I still smile when I hear it so for me, it is easily tune of the year.”

“I’ve chosen Vibrate as my tune of the year because it’s the first track in years that has rekindled my love of dubstep, and it reminded me of all the reasons why I got into dubstep to begin with.”

This tune is simply beautiful, the vocal is stunning as is ivy labs production. It’s extremely difficult to create a piece of music that contains the right amount of musicality, whilst working well on the dance floor. Ivy lab nail this with ease and never fail to amazing us. This tune has consistently been a part of our sets since its release back in Feb and is tough to take out!!!”

“It holds a level of energy that encapsulates everything that the current stage of dubstep is all about.”

“Serum is on fire at the moment and this one tops the lot. I love the funk sample. I love the drop. And the production is Boom! I had a chat with Serum about the sample’s origin and also how the tune came about, which was really interesting. It’s pure funk vibes that just makes me wanna move.  I’ll be dropping this in my DJ sets well into 2016.”

“Ever since we heard a mix cut of this on YouTube ages ago we knew it was gonna end up in every one of our sets. It’s intoxicatingly happy and the mix down is just perfect.”

“This track has been – and still is – in every DJ’s set since it was on promo!”

“It’s just an incredibly cool track, the groove on it is up there with the best stuff that has been made at that tempo, gets me super excited.”

“When I heard it, it really brought back the reason why I loved drum and bass back in the older days. The high up and down bending reeses in the intro before the drop really remind me of the days of standing in the middle of a crowd during an Andy C set in my hometown of Bournemouth, main room at the O2 arena (then known as The Opera House), putting my hands high in the air and looking at my friends while going “fucking hellllllll!!”. The drop is so typical for Noisia and The Upbeats but after such an intense build up, it’s absolutely perfect.”

Tune: Halogenix – Beyond the Bounds

“This track has such a standout vocal/pad combination. Throw in Halogenix’s ever unique drums and aggressive bass and you get this masterpiece.”

“We think many will agree that Dead Limit, by Noisia & The Upbeats, is the track of the year! We love everything about it: the intro, the reece, the drop, the bass….This will smash everything for years and years!”

“Doctrine is the newest kid on the neuro block and Deckard is actually the first tune we’ve heard from this Belgian production genius. He’s not the biggest name in the scene, but most certainly the one to watch for 2016. The production is fresh and comparable with some biggest tech/neuro names at the moment so keep an eye on this exciting new producer!”

“Because it’s added fuel to the fire of emerging music in a way that grabbed the attention of an audience way beyond what anyone was expecting.”

Tune: Break – Give It Up

“This is classic Break: tight drums, dynamic subline and a super musical introduction. It’s my favourite not because I play it out at every gig but because from a production and musical viewpoint, this tune is spot on. 2015 was a difficult year to standout in drum and bass, but Break’s consistency and ingenuity never fails to impress me.”

“Dimension smashed it with this one, it’s a real head nodder of a tune that’s been killing it in our sets over the last 12 months.  Big up Dimension!”

Tune: Boxplot – Escape With The Clouds

“I’ll pick a track that probably not many people know yet. It just gives me that instant feel good vibe!”

“Because it’s amazing and they are sick!”

“Tune of the year for us has to be Dead Limit. This tune just makes other tunes sound week in terms of production and charisma! The reece build up always gets the party started and the drop is unreal! These guys are just mad scientists when it comes to drawing for beats and bass!”

“We absolutely love this track, great production, great composition and a great vocalist. Easily one of the most underrated albums of the year by far.”

“Simply one of the best dancefloor tunes of this year. It hasn’t left the box since we got it and has been dropped in all of our sets. The combination of Noisa and the Upbeats, it’s just pure fire and quality.”

“Easily the highlight of the year for me, great track!”

“This crept onto our first Black Label XL compilation really last minute. I wanted Adam on board and when he sent me this I flicked through it, knew it was solid and added it to the comp without thinking too much about it. To be honest I had absolutely no idea how big this tune was until I played it out for the first time. It’s the only tune in the past two years that has been a mandatory rewind for me,  It hits so hard but is still full of dynamics and it just chugs and grunts along in such a simple way that people just lose their shit every time. I also feel like it was a really important tune for the scene, opening people’s ears to the sound of the underground and reminding a lot of us why we got into dubstep in the first place. Salute to BadKlaat, he is a groove magician!”

“We are big fans of Infuze’s sound and really impressed by this remix. Super melodic but at the same time powerful and sounding massive. Wicked tune!” (Oleg)

“Taiga it’s powerful enough to capture both extremes in music – it has some sort of angelical smoothness but at the same time it’s heavy, dense, and those type of things really get me into a track.”

“Because it combines my love for dreamy airy female vocals with the wonkiest drumstep. The drop is full of great sounds and fills and the shuffled rhythm of the main bass has me dancing immediately.” 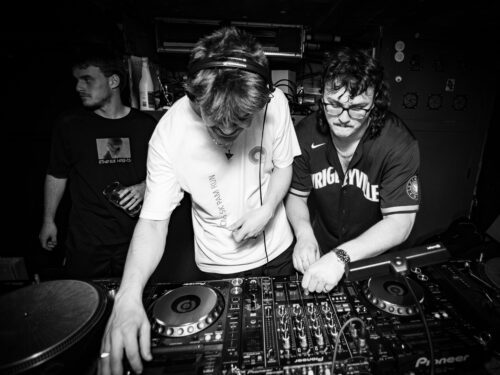 We Need To Talk About Traces
WORDS
2 shares 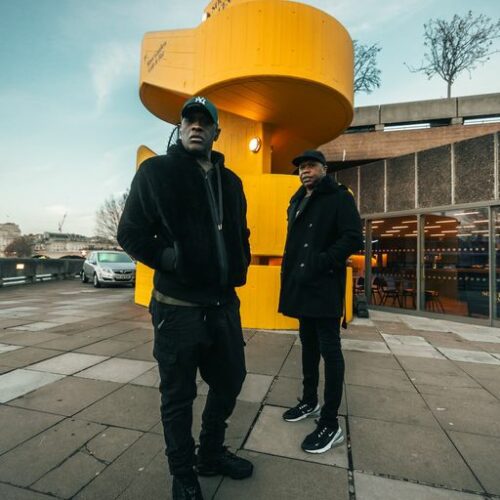 Fabio & Grooverider Return to The Southbank Centre with The Outlook Orchestra
NEWS
115 shares
SIGN UP NOW & STAY LOCKED!Sign up to our newsletter to keep up to date with the latest streams, news, and events, all tailored to you.