However, when you start to consider the adrenaline, excitement, and high-octane energy that defines both of these truly unique worlds, a project that collates the two comes across as an anxiety-inducing, yet beautifully ambitious and brilliantly unique prospect… And now a reality, thanks to powerhouse producer Turno and viral urban free climber George King.

Cue Melia, Turno’s first track of 2022. Accompanied by a music video of George, also known as the Shard Climber, climbing the Tower Agbar in the intense Spanish sun, this single aimed to merge different creatives from different fields to produce a piece of art that could be appreciated from all angles, with both Turno and George aspiring for the audience to feel the emotions of the climb when listening first hand. If you’re not aware of King’s breath-taking work, and the incredible levels of detail he goes to, this documentary is a great way to get acquainted. He’s even served time at her majesty’s pleasure for his passion!

The result of their collaboration is an incredibly well-curated sonic balance of beauty and tension that perfectly reflects the human experience that George, who is also a passionate drum and bass raver, goes through when risking his life through urban free climbing. From a music production point of view, they even made the extra effort to include George’s breathing, city soundscapes and ambient sounds for added euphoria on George’s journey.

They were originally acquainted after George had used Turno’s Abyss as a backing track to one of his videos and as they started to talk online, the pair quickly realised their similarities in their approach to life and were brought together by their shared love of drum and bass, free climbing, and Wim Hof.

Although a few alternative ideas such as collaborative live streams were bounced around, the pair decided that they wanted to create something truly innovative. Melia delivers just that, with the music video presenting itself as an inspiring and idiosyncratic work of art that both creatives will forever be able to reflect on with his pride.

With the final result finally dropping for all to appreciate, we caught up with Turno and George King to discuss the project in-depth.

Alright guys. First things first, I love both the concept behind and the finished product of this project. I can’t think of a collaboration like this that’s been done in drum and bass before.

George: That’s the reason we did it. I’m always trying to do things I haven’t done before. When Turno and I sat down to discuss the track, we really wanted to capture the emotional ecstasy I feel when I’m on a climb in the form of drum and bass. It’s really special to me.

Turno: Thanks man. I’m excited to see how this is received by the rest of the world. I’m really proud of this as a body of work and it’s something that I’ll be able to look back on in a few years with pride. It’s also something I’ll be able to show my mum and dad because they won’t be scared to hear the drop haha.

You two got in contact because George used Abyss as a backing track to one of his videos right?

George: Yeah that’s right. I remember one day I was on a climb in Portugal and I was listening to Abyss before, just visualizing myself on the top of this building. After I’d climbed it, I had to use the track for the video. Turno saw and instead of just clicking on it, he was really productive about it and wanted to do something more from there. I ended up going to his studio and to see Turno produce music firsthand was magical.

You see his creative energy. A thought becomes a melody, a melody becomes a beat. For me, it’s crazy seeing a producer create music from thin air. I liken it to magic, I see these producers as wizards because they’re creating emotional releases in the brain and they’re creating dopamine and serotonin. They’re literally changing the biological compound of a human being. I felt so privileged to be a part of this.

Even though you’re in a completely different creative field, you do the exact same things with your body as well.

George: I’d never thought of it like that before. To a certain extent, by putting that out there on a video, people will watch that and it’ll manipulate their emotional state as well.

What was the process like once you’d decided to work on a project together?

Turno: Originally, I was going to do a live stream whilst George was climbing a building. We wanted to do something better. George said he was going to climb this building, so I said I’d sponsor the outfit, I’ll make the track for it, and it just came together really nicely. The hidden meaning is to encourage people to push themselves because if you do, it will pay off.

George: We had a couple of cool ideas, but then we decided to just create something completely unique. We made a new song, found a building that I hadn’t climbed, got a solid production team together, and just tried our best to create art that hasn’t been before. I strongly believe that’s what we’ve done and I’m so proud of the final result. This will stick with me for eternity.

I know you two have very similar outlooks and attitudes towards life. What would you say these are?

George: I see something in Turno that I have too. An obsession with output and meticulous detail. The small details are just as important as the big details, even if no one else takes notice of them. I saw this drive to be productive and a real frantic energy in him. We’re of different worlds, but to bring those things together for art is something I’m all for.

Turno: We both have vision and we’re not scared to try things. He also has such precise attention to detail which I found out very quickly. He reminds me of what I was like at his age with his tunnel vision. I knew I wanted to be a DJ even though people told you it was just a phase. I see that drive in him and he’s an inspiring dude.

Turno: We’re quite similar in our mindsets. When we got speaking we realised we had much more to relate to with each other than we thought in the first place. It shows off both our creative sides and it’s something completely different, so I hope that people can appreciate it as a piece of art when they watch the video and listen to the track. We want people to experience the journey that George goes on when he climbs a building.

George: For me, it’s really special. Back in the day, I was listening to drum and bass and dubstep on the UKF YouTube page all day. UKF has been in my head for a long time, so finding a way to combine it with my own art form is amazing.

This was a very different sort of collaboration for you from a musical point of view Turno. In what ways did you change your approach to producing for this project?

Turno: I knew that the introduction had to be quite trancy and ambient, especially because George is really into his mediation, but once I’d seen him climb the building I decided to take it down a bit of a headsy root. Once it goes into the breakdown, it encapsulates the vibe of the last 50 per cent of the climb when he really has to dig deep. The creative process was a challenge but I love a conceptual piece of art. It was really inspiring to write and hopefully, we can do another one again.

From both a visual and audio POV, it’s quite stunning and you can really feel the tension of the climb through the music. I haven’t felt that level of anxiety since I watched Free Solo!

George: Haha, yeah it does embody the Free Solo thing but in an urban environment. I love nature, but there’s something about the urban environment that’s special to me. I love the hum of the city and I’ll sleep in the city sometimes before I climb so I can feel its energy. What’s special about the song is that Turno has incorporated city soundscapes and my breathing into it. We’ve really tried to create an environment around the song.

Turno: Trying to paint the picture of George’s emotion and the experience itself was a big part of this project. We want people to get inspired from it as a whole and open up their minds to things that maybe they didn’t think was possible before.

Will we see you two linking up on a project again together?

George: I think so. I’m not going to go into detail as to what I have planned in this world, but I have a line of projects in the works that are again very unique.

Turno: It was really inspiring too right and hopefully we can do another one again. We’re both vert creative minds so I’m sure we can think of something crazier to do. Maybe he can climb a festival stage I’m playing at haha. 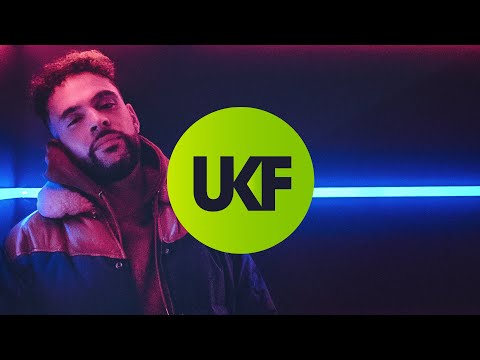 It’s in his DNA: The Story Behind Turno’s Latest Album
WORDS
59 shares 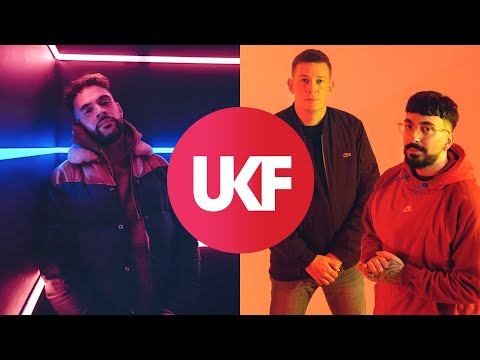 Turno & My Nu Leng – Rapture
AUDIO
0 shares
SIGN UP NOW & STAY LOCKED!Sign up to our newsletter to keep up to date with the latest streams, news, and events, all tailored to you.