For the rising bass music artist known as Twine, the previous year was one of epic proportions. With releases on SMOG, OWSLA and Firepower Records, Twine continued to impress the masses with a steady stream of championed records.

“First of all it’s still incredible,” he tells us. “I still think about people posting videos of my stuff and shout-outs from some of the people I ‘grew up’ listening to… I still think the moment when I really got into this was like two days before Christmas in 2013.

“What happened is I had been friends with Darby (Minesweepa) and Adam from TwoFold and I had contact with Tanner (Getter). They all had a semi-good relationship so the day before, I sent over an EP and asked if they could pass it along. The next day Getter came back to me on Skype and said Datsik and Sharra were really hyped on the tracks and he was like we need to do a release… and I just remember that feeling of like… ‘Oh shit!’”

Despite coming off a monumental year of success, just months into 2015, Twine is back pushing forward with a full head of steam with the release of his STRNG THRY EP, his official debut on Never Say Die.

Over the last year, his creativity and hard work have proven to pay off in a major way. Here are five of the many reasons why Twine – STRNG THRY is a clear indication why 2015 is destined to be just as explosive of a year for this incendiary artist.

“We have been trying to make an EP for a while. The process started back around Independence Music Festival in Orlando. SKisM and Excision were playing the event and we were hanging out in the artist trailer and it got to a point where it was just me and SKisM hanging out…

“This was after Freakin Out had been released on the Black Label compilation and as I was sitting there the next thing in my head was ‘I should probably ask them for an EP release’ and as soon as the thought came into my head, SKisM said ‘by the way I’ve heard everything your management has sending out recently and they are great. We need to get you signed on for an EP.’ That was like August and it’s just now getting around to release. It has been a long time coming.

“The EP itself however came together from all over the place…from all parts of my hard drive. Flow is a song that has been out in the public since Datsik premiered it during his set at Ultra 2014. He premiered two songs, actually. One came out on my SMOG EP and Flow, which just kind of ended up sitting there.

“You know how Space Laces had Digital Gangsta? Flow is pretty much my Digital Gangsta. People would always comment like … ‘Dude, I loved the Killing Machine EP but why wasn’t Flow on there?’

Datsik played out Switchblade for the first time as well. That was at Red Rocks but that was later on, that was more like half way through the year.

And finally STRNG THRY. That is only a maximum of about a month old. The EP is literally, if you listen closely, the evolution going on from track to track. They are all weird tracks but I think it’s definitely my best collection of weird tracks.”

He’s playing each release by ear…

“For some reason releasing music on multiple labels kind of gets a bad wrap. I guess because most people don’t know that not every EP you sign means you are an exclusive artist to that label. Most people assume ‘Oh, you released an EP on Firepower? – you’re a Firepower guy’ but I don’t know…. part of me thinks it’s a good idea to spread out like I have and part of me thinks it would be better to find like a family and settle in and feel comfortable releasing anything on that label. Honestly, I just play every release by ear.”

He isn’t afraid to experiment with his sound

“The stuff that I make that people don’t hear is very out there. I make at least something every day to keep my mind fresh. I just like taking things and putting them into one big melting pot.

“For example, with Flow, I took the trap element of it and tried to put it in a dubstep-style structure. So I took the framework of a dubstep song and applied it to trap to make something different… or at least I tried.”

He’s not restricting himself to one genre

“Yeah I guess I would classify my sound more as hybrid. I’m not trying to break the mold of being a dubstep artist, I’m just not really comfortable with being labeled as solely a dubstep artist. I really wanted to break that dubstep mold. I want people to see me as my own artist. I think everyone wants to be known as just an artist in general. I think that’s universal. I really don’t want to pigeon-hole myself.”

“It’s kind of funny because I’ve sent new tunes to music friends and they’ve come back to me and been like ‘Dude, I think this would be better on a separate project.’

And kind of the oath I took for myself when I started Twine was everything was going into this project. I’ve always vowed to myself to keep everything in one project.” 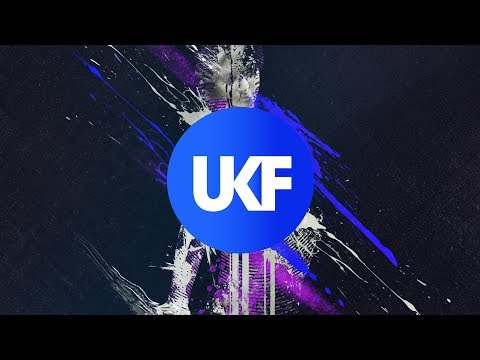 Twine – Die 4 U
AUDIO
0 shares
SIGN UP NOW & STAY LOCKED!Sign up to our newsletter to keep up to date with the latest streams, news, and events, all tailored to you.