FINALLY: After over two years, two singles, heaps of remixes and one major line-up change, Koven have confirmed their first proper EP. Delivered across two parts this autumn, it features six tracks and is, without doubt, their most expansive, extensive and consistent piece of work yet. We grabbed the awesome Eternal And You.

“We’ve gone for something a bit more ambitious this time,” explains Katie of the video. “We hope more people like it. Some people didn’t really understand the point of watching me walk through a park in slow motion for Another Home but we had our reasons!”

Not everyone didn’t understand or enjoy it, though…

“Craig David liked it!” Katies grins. “He tweeted about it and said he loved the track and the simplicity of the video.”

After this summer of massive shows at festivals across Europe, we reckon they’ve probably picked up a few more discerning fans along the way. They’ve also picked up heaps of inspiration for future material…

“We had most of the tracks finished before we started doing the festivals in the summer,” says Katie. “But a lot of the new tracks we’ve been working on since finishing this EP have definitely been influenced by all the amazing shows we’ve done.”

“Seeing Rudimental live has been a big influence for me,” chimes Max, the Koven Capitan. “Seeing how their anthemic tracks are executed and how they interact with the crowd has been very inspiring.”

“We’ve interacted with some incredible crowds this summer,” nods Katie. “Which has been a relief as it’s always a little scary playing something brand new to a crowd… You don’t know how they’re going to engage with it or whether they’re going to like it at all! Luckily all of our new material has  been going down really well.”

Naturally, it’s going to down well when Koven hit Building Six, London on October 10 for UKF’s fifth birthday. They’ll be joining the likes of Wilkinson, Camo & Krooked, Hamilton, Toyboy & Robin, My Nu Leng, Icarus, Cyantific on our legendary anniversarial line-up. And trust us: they’re super prepared for it.

“When you’re on a line-up with loads of hard-hitting DJs, you don’t know if the crowd will want something different or if they’ll want you to hit them hard like everyone else,” considers Max. “Because of this we’ve accommodated three different sets; a hard-hitting set, a balance between hard hitting and not hard hitting and a set that’s all original material and not hard hitting at all. So it’s three sets that we can pick depending on what type of venue we’re playing and what the crowd want. Do you want us to hit you hard or hit you with the deeper stuff?”

YOU HEARD THE MAN… JUMP ON TO THEIR FACEBOOK AND TELL THEM DIRECTLY!

But before you go… Here are Koven’s five all time favourite uploads. As the only dubstep act on the line-up, they’ve decided to represent UKF’s roots and kick it old school. Enjoy!

Katie: “The vocal when it first comes in is so uplifting; it just takes me back those moments of being in a club with all of my friends. No club in particular, just that time in my life when I first started going out raving. You have your Monday to Friday blah life and nothing else matters but going out and enjoying life with mates.”

Katie: “When I first heard this I bought it straight away and listened to it on repeat. This really got me into bass music in a major way. I love vocals on tracks, too, and this vocal has always been inspiring. I just think it’s a wicked track and takes me back to a wicked time in my life.”

Max: “I love the pigeon video! It reminds me of living in Cornwall, just getting my set-up together and feeling really inspired by the music. It’s just a great tune!”

Max: “Absolute classic! It doesn’t get much better than this. I remember hearing it for the first time on my headphones and being gobsmacked. The production is fantastic. It’s so big and clean! I was my making music in my nan’s spare bedroom using a guitar amp… It definitely made me realise I had to step up in a major way.”

Emalkay – Bring It Down

Max: “One of Emalkay’s best tracks. I love how the drop isn’t just a load of random bass sounds, it carries the song along. Such a great tune.” 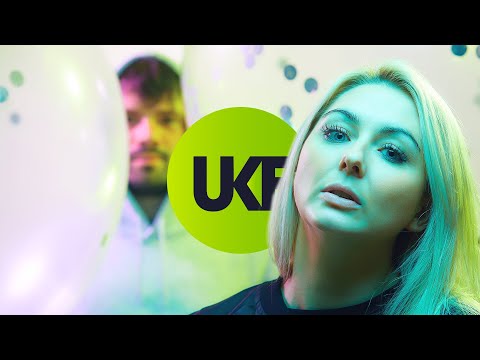