It’s finally arrived… Eight years after he first emerged with his provocative D&B designs as Signal, aged just 16 at the time, IMANU has stepped up to deliver his debut album – Unfold.

A sonic universe where house, breaks, beats, bass, drum & bass, lo-fi and IDM all orbit around in a heartfelt, glowing sun that pulsates and burns with emotion, Unfold features a whole range of friends and creative kindred spirits: The Caracal Project, What So Not, Zonderling, Tudor, Wingtip, KUCKA, Droeloe, LaMeduza, LIA, Hezen, Maria-Lea, Louis Futon, Cherry Lena, Pham and josh pan all play a role in IMANU’s earnest LP; a hazy maze of songs made for the soul but still paying attention to his dancefloor roots.

One of the most remarkable bass-related electronic albums of the year so far, UKF called up IMANU for a few thoughts about each track, how each one came to be and where they came from creatively. Read on for tales of tasty wines, strange time signatures, live streams, old friends and plenty more….

“The beat funnily enough came along in about two hours during a Discord stream to some friends. I was messing around with a plugin and the tune sorta wrote itself! I thought KUCKA would be the perfect fit – I’ve been a fan for a long time and I’m very happy that she was willing to do a couple lines.”

“I was in a call with Quiet Bison when he proposed writing something like Radiohead – We put on some of their music and were really inspired by their usage of weird time signatures and drum patterns. In my recent mix for BBC x UKF you can actually hear me mix it with a Radiohead tune.”

“One of the funkier tracks on here, due to the sick trumpets and horns that Vincent sent me. The second drop on this one always catches people off guard in the club too.”

“I’ve been quite inspired by Latin music recently and thus made this baile-esque sketch a while ago. I had Felix jump on and then we thought it would be cool to get Spanish vocals on it too! Track is named after a delicious French wine.”

“Probably one of the more expressive songs on here – LIA absolutely demolished the vocal performance. A song with quite a heavy meaning to her, but I’ll leave the mystery there for now.”

6: Pillow Talk ft. What So Not & Wingtip

“I think this is the oldest track on the whole album, a demo Chris (WSN) sent me a couple years ago with these AMAZING vocals from Wingtip. The original demo had a bit of a rock vibe but I really thought a more emotional approach would support the vocals really well, which is what ended up happening!”

“More “exotic vocals”, a mix of English and French this time – a coincidental reference to my Réunion background. A track where I really wanted to make a lot of use of vocals, almost all the main synths are made from them!”

“Of course a track with Cherry Lena HAD to be done, as the voice on my “I’m Fine” remix that propelled my career. I’ve also been a big Louis Futon fan since the old SoundCloud beats days, and am very happy to have made something wih him. A jazzy, breaky, poppy, i-dont-even-know song!”

“I’ve been really into the whole “weird beats into pretty music” thing recently and this is a perfect example of that. Good Times Ahead sent me a ratchet-y baile demo and I switched the whole thing up into a sad song. HEZEN, in my opinion, is one of the most underrated singers around and she totally killed the vocal performance, bringing the whole thing together.”

“As many may know, Zonderling is the project of Martijn of Noisia and Jaap of VISION, so we’ve worked together for many years, which made a collaboration almost make too much sense. A cheeky yet melodically interesting house vibe.”

“I made this track during a live stream for Beatport a few months ago. Kinda forgot about it until a few days before the album hand-in deadline, but then realised I had these vocals from Tudor laying around that could wrap it up. He ended up recording some new lines in one day (sorry for that g) to finish the whole thing.”

“I’ve known Hudson for quite a long time via the whole NHF and Upscale gang, but people seemed quite surprised this collab exists. I made a soft house demo and he went nuts on the glitches and FX. An imo really well done arrangement on this one as well.”

“Got in touch with Pham a little over a year ago and immediately felt a connection. He sent over a beautiful chord progression and I went ham on it and then sent it to Josh for vocals. Pham ended up reworking the whole drop from trap to garage and then we ended up finishing the song around that.”

“Another song where I was experimenting with time signatures. This time in 7/8 🙂 A song made to be an album outro, but if someone is daring enough to DJ this, I’d be very impressed!”

IMANU – Unfold is out now 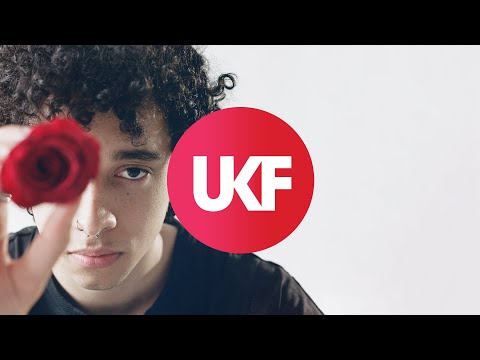