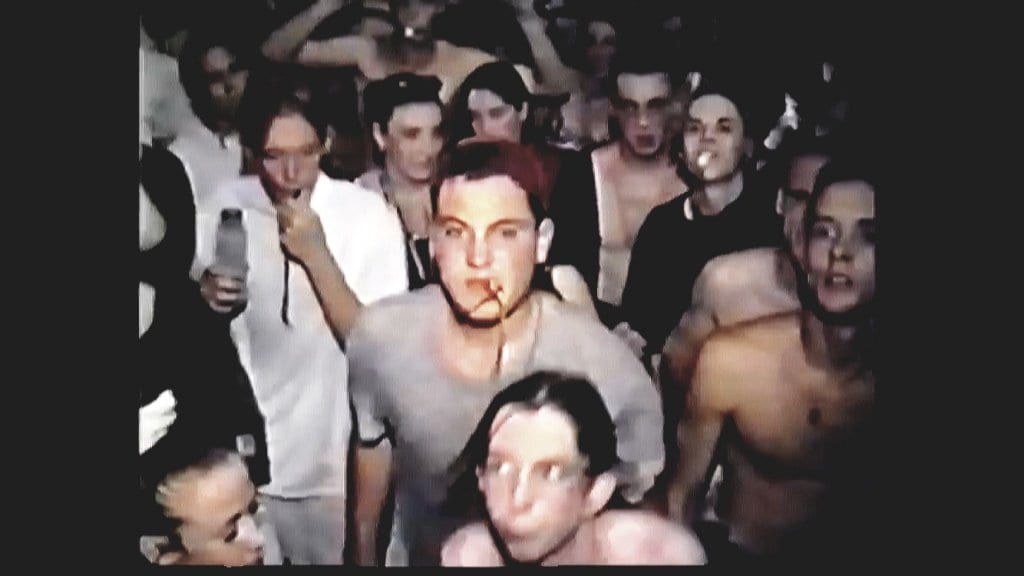 Deep in the tomes of rave history are certain venues that transcend legendary status and serve as much stronger incubators for dance music culture. Venues and spaces that – due to their consistency, location, line ups and crowds it attracted – fed the scene, nurtured it and encourage it to develop and spread across the UK.

Venues like The Sanctuary in Milton Keynes. A key rave location since the famous Dreamscape parties outgrew their equally iconic venue Milwaukees, from 1991 to 2004 The Sanctuary provided all shades of UK dance music a sprawling space to play. Week after week it was home to everything from the notorious garage bashes Sidewinder to dayglo trance sessions Gatecrasher via Cream and Slamming Vinyl, some events taking over all three areas maxing up a near 10k crowd.

The events its perhaps most famous for though, certainly within the realms of drum & bass, were Helter Skelter. Bi monthly there for a fat wedge of the 90s, while Helter Skelter is renowned for championing happy hardcore, it was pivotal in the burgeoning jungle drum & bass movement with the majority of its line-ups becoming more D&B-focused as the 90s developed as regulars Grooverider, DJ Rap, Randall, DJ Hype, Andy C would break genre-galvanising ‘golden era’ tracks en mass.

The Sanctuary’s location was critical to this; situated close to the middle of the UK, it attracted a wide range of ravers and captured the gurning, whistle-blowing, horn-tooting mania of the culture’s most accelerated era. Like all the best raves, they were messy, chaotic and not shy of the odd punter, or whole crew, who you wouldn’t want to take home to your mum. They were also home to Ollie Millin. One half of the Viper duo Insomniax, he was in attendance at a great deal of Helter Skelters from his first one on August 10 1996. He was aged just 14 at the time and this was the very rave…

“A week before my 15th birthday. What were my parents thinking?” laughs Ollie, a DJ you could probably get away with introducing to your parents. “I did tell them it was an under 18s rave, mind. Sharon, my godmother, lives in Milton Keynes. So we used an excuse to see her to go to this rave.”

The plot thickens a little more; Sharon was a member of British ska band Amazulu and knew her way around venues.

“She was quite famous back in the day,” says Ollie who’d travelled from Devon for the occasion. “We went there, met Sharon and she took us down there in the daytime. Just blagged us in to see what the venue was like. She said ‘were here to to see Dave the sound guy’, no one questioned her. Then she gave us a tour of the Sanctuary. It was mad.”

Locked with a safe base and wise host to return to, clued up on the layout of the cavernous venue, Ollie and his two friends (one of whom is now his brother in law and runs prominent south west D&B monthly Rinse Out) dived deep into their first rave experience to a line-up that included DJ Hype, Ray Keith, Micky Finn, Ellis Dee, Dr S Gachet and hardcore DJs such as Dougal, Sy and Slipmatt. Even at 14 Ollie was entirely certain he’d love it.

“It was a magical night! It was like ‘wow this is what I’ve been waiting for years for’ Like I’d made it. It totally lived up to expectations. Was it life changing? Maybe not, because I’d already made up my mind that was what I wanted to do for a living,” admits Ollie who’d pestered his parents for decks by the age of 12 and had already amassed two years of vinyl through saving up his daily dinner monies. “Hype played one of the best sets I’ve heard in my life. Something I stand by to this day; his selection still can’t be beaten. Everyone was starting with Shy FX Chopper. We didn’t appreciate how we were hearing all the new music being broken; loads of new things by Andy C and Shimon; Night Flight, Quest, Recharge. They were all being played for the first time.”

While his obsession with dubplate culture and consequent tune hunting would follow in due course (as would the messier Helter Skelter sessions where they decided it was probably best not to stay at his Godmother’s anymore) it’s here that cemented Ollie’s life in drum & bass… And in turn his recent single and release series concept: V7 Saxon Street. A solo endeavour, but still under the Insomniax umbrella, it launched late last month with Origin and One More Time. The first in a series of releases, it’s Ollie’s persy letter to the school he graduated from with honours.

“I wanted to explore the breaks, the jungle, the rollers that got me here,” he explains. “Damian and I have been writing for six years, we still will be in the future too. I just wanted to do my own thing for a while. Originally I was going to do it as a four track EP but when I did those tracks I was still inspired and I wanted to keep the vibe alive so we might be here for a while.”

Vibe well and truly alive; each cut in the Saxon St series will capture the essence and spirit of a time that paved the way for D&B today. While sonically we’ve returned to that classic rolling, break-based sound, and there’s definitely been a resurgence of dubplate interest, Ollie observes the whole dynamic of the rave has changed since those heady, messy formative days.

“We lost the rudeboys and rudegirls somewhere along the line,” he reflects. “Everyone’s just really happy now and vibey but there was a moody contingent back then. You had to keep your wits about you a bit and stand your ground. People tried to rob me a few times. My mate has his chains ripped off him a few times. You had to give it back to people and they’d respect you for it. I much prefer a room full of happy people and no dangers like that but you can’t deny it was part of the whole mission. I would go feeling bit edgy and it added to the excitement. The adrenaline factor. Like rowdy and attitude but good attitude. You don’t get that now, things aren’t quite so rough around the edges. But the music still moves and inspires me like it has done for almost as long as I can remember and right now we’re in a good place and the music has gone a back a bit to that rough and ready vibe.”

After he and Damian developed a broad reputation for both heavyweight dancefloor cuts such as Gavitron and Pulling Teeth (a collab with fellow Viper cognoscenti Trei) and deeper rollers such as Lunar Dub and Crying Rain, Ollie’s returned to the vibe he first established himself with in the first place as Freshold on labels such as Social Security seven years ago.

“Just a personal exploration,” he concludes. “I didn’t want any pressure. No release schedule, just time to write. If people connect with it, I couldn’t ask for anything more. Most the time I wonder if people are going to get it, whatever style we’re making, but they do. And that’s a very humbling experience.” 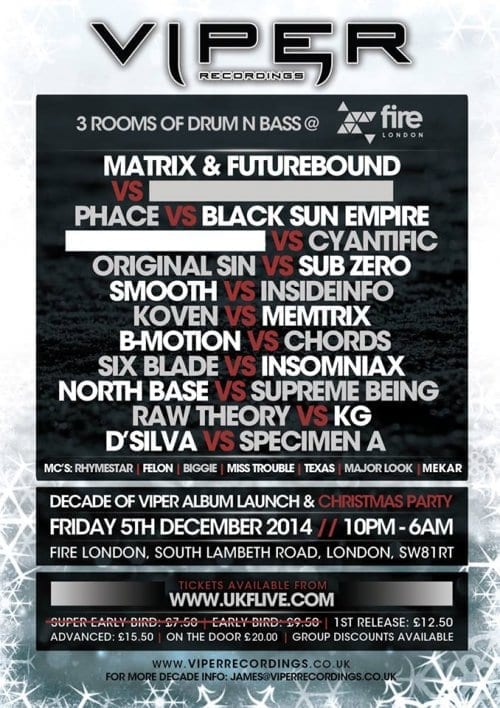 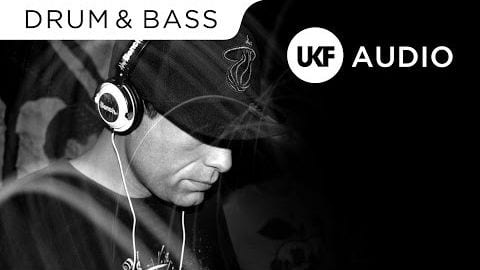 Viper Recordings Drum & Bass Summer Slammers 2014 (Album Megamix)
AUDIO
0 shares
SIGN UP NOW & STAY LOCKED!Sign up to our newsletter to keep up to date with the latest streams, news, and events, all tailored to you.