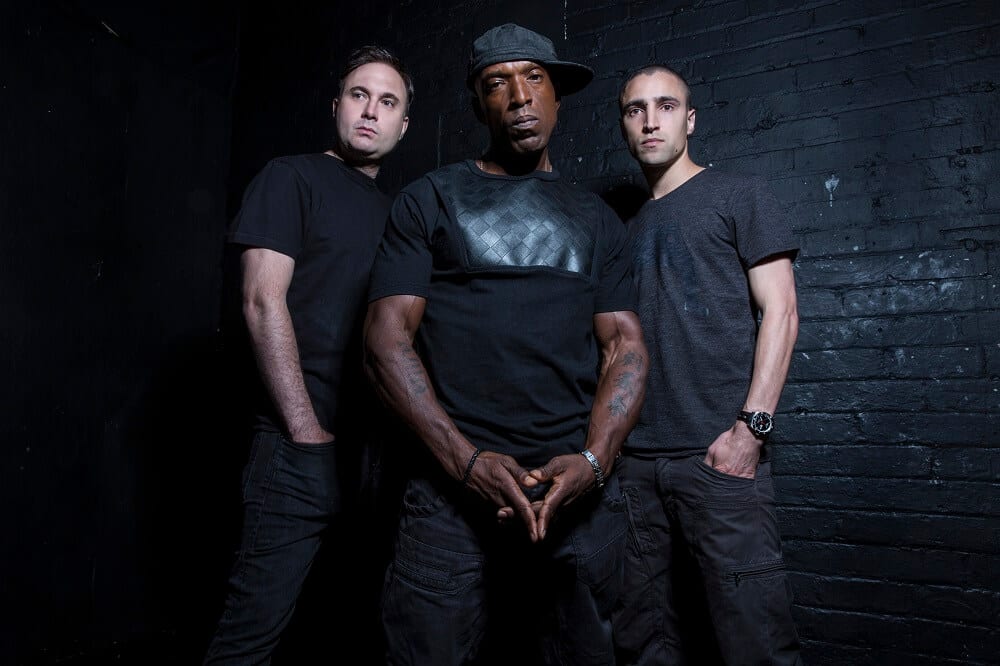 Work began in earnest on the LP as recently as May as the Derby-based trio realised they had a body of work developing that was partly inspired by drum & bass’s current no-rules status and jungle and jump up renaissances but also inspired by that initial fire-fused creative spark they bonded over almost 20 years ago.

The end result is a cohesive collection of tracks that dig deep into the original jungle spirit while retaining that heavyweight punch they’ve made their signature over the years. From sinewy metallic rave rollers such as Ouija to the skin-rippling bass warps of Odyssey VIP via the elephantine groans of the title track Wardance and the sunshine skanks of Beautiful Danger, this is the sound of Drumsound & Bassline Smith going back to the gully melting pot and throwing in everything they love about the genre and have fun… And cooking it all up with 2017 production muscle.

Here’s how it all came together…

This came out of the blue. Like ‘boom, here you go, have an album’…

Bassline: It’s been like that for us, too! Our last album was around 2012 and by the time it came out it felt like we’d been sitting on it for 18 months. By the time the album came out it felt like things had moved on musically and it didn’t feel as fresh as it should have done. We didn’t even think about another album for a long time after that because of that. But this year we’ve been really enjoying where drum & bass has gone; jungle has come back to the forefront, jump-up is getting the spotlight it deserves, everything has gone back to those original elements. We’d been working on tracks during all this and felt an album would be right but do it in a much more intense shorter space of time.

Drumsound: It was around the Odyssey VIP release on Grooverider’s re-launched Prototype. It went down really well and it felt like a good juncture to re-introduce those original sounds we’ve been feeling. We’re always in the studio anyway but from that moment we went into album mode.

Bassline: Even by March or April there was no talk of an album. We had two or three tunes were excited about and that was it. Then in May we were like ‘right let’s do this’ and it all felt really exciting and fresh. It was like our first album Nature Of The Beast. All those tunes were written in a short intense space of time in our lives. Like a snapshot of our studio time for that period. This was the same.

I love the immediacy and honesty of this. Releasing it on your own label gives you that freedom. I guess with the last album you were at the mercy of another label and other opinions and processes?

Bassline: You’ve hit the nail on the head. When you’re signed to another label you have to go through many people and you have a schedule to wait in. With Technique we are the masters of our own destiny and what we can release and when. And we just got on that vibe. There was a feeling running through everything we were making that really took us back to our early days.

Drumsound: In a way it’s like a modern take on the original feeling and style that brought us together but brought together with everything we’ve learnt and everything we love about drum & bass in the time that’s passed. We brought out the breaks again, we brought out the deep sub bass again and all the roots we’ve got but with new production techniques.

You can hear those roots especially on tracks like Ouija and Technique Badboy. They really represent what’s happening in drum & bass right now.

Bassline: Ouija was one of the first tunes we sent out and we got calls from across the board; Digital, Storm, Marky, Noisia. It properly crossed the barriers which has been really encouraging. We took on all the promos ourselves and personally sent specific tracks to specific DJs with kind of a nod to the dubplate days. It’s got that personal touch.

This all must have come together while you were in the middle of a summer festival schedule?

Drumsound: It was a busy time, yeah! But we just got into that flow and tracks were bouncing off each other. There was one period of around eight weeks when so many of the tracks just came together and when you get in that flow and vibe, everything seems to work and come together. It’s out of your control in a way.

Bassline: It was good to test out these tracks at festivals while we were making them, too. We opened with Welcome To The Machine, the track we did with Prolix, at Let It Roll. That was phenomenal. Such an epic intro. Technique Badboy has been going down really well, too. It’s been one of those moments of space you need in a heavy hard-hitting dancefloor set. A moment for lighters and hands in the air – that’s essential after a session of energetic crazy drum & bass. That’s what drum & bass is about isn’t it?

Definitely. This is properly going back to the roots in that way. Do you feel you got sidetracked during the times when you were writing more song-based drum & bass?

Bassline: You have to understand that the music we made around 2011 was also killing it in the clubs. We never followed a method or trend or trying to get music played on the radio. We were doing our thing and Annie Mac and Zane Lowe picked up our music and ran with it on the radio. So we didn’t change what we were doing but we were taken down a particular lane at fast speed.

Sure. But when you have those successful tracks there are expectations aren’t there? Now we’re back to the main expectation being to smash it in the clubs…

Drumsound: Yeah there were expectations and the scene changed for a while but we’re proud of that chapter and what we achieved. We’ve always made vocal tunes and still play them but the sound and scene has changed again and we love how drum & bass constantly evolves in this way. Right now you can put out a tune with vocals, a tune with jungle elements, a jump-up tune, a dancefloor tune. That’s where the music is and that’s where we are and our album is a celebration of this.

Bassline: And from our own point of view, this has been consistent since day one: everything we do is about representing us, our past, what we’ve learnt and what we want to do in the future. We’ve been doing drum & bass all our lives. We want that depth in our music and we want you to hear we’ve been doing it for this long. Don’t get me wrong, we love making straight up bangers but we want to touch people in different and deeper ways. And that’s what this album is all about.

Drumsound & Bassline Smith – Wardance is out now on Technique Recordings 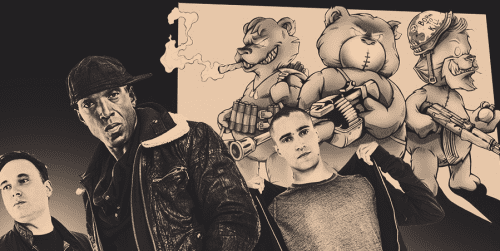 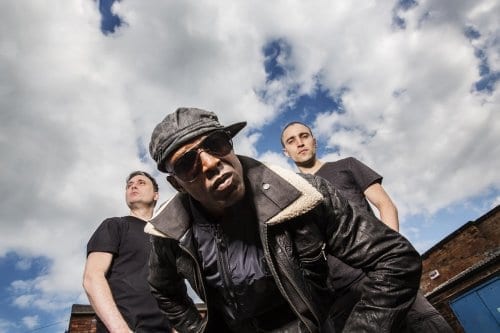 6 Of The Best: Drumsound & Bassline Smith’s Top Sunset Tracks
WORDS
465 shares
SIGN UP NOW & STAY LOCKED!Sign up to our newsletter to keep up to date with the latest streams, news, and events, all tailored to you.