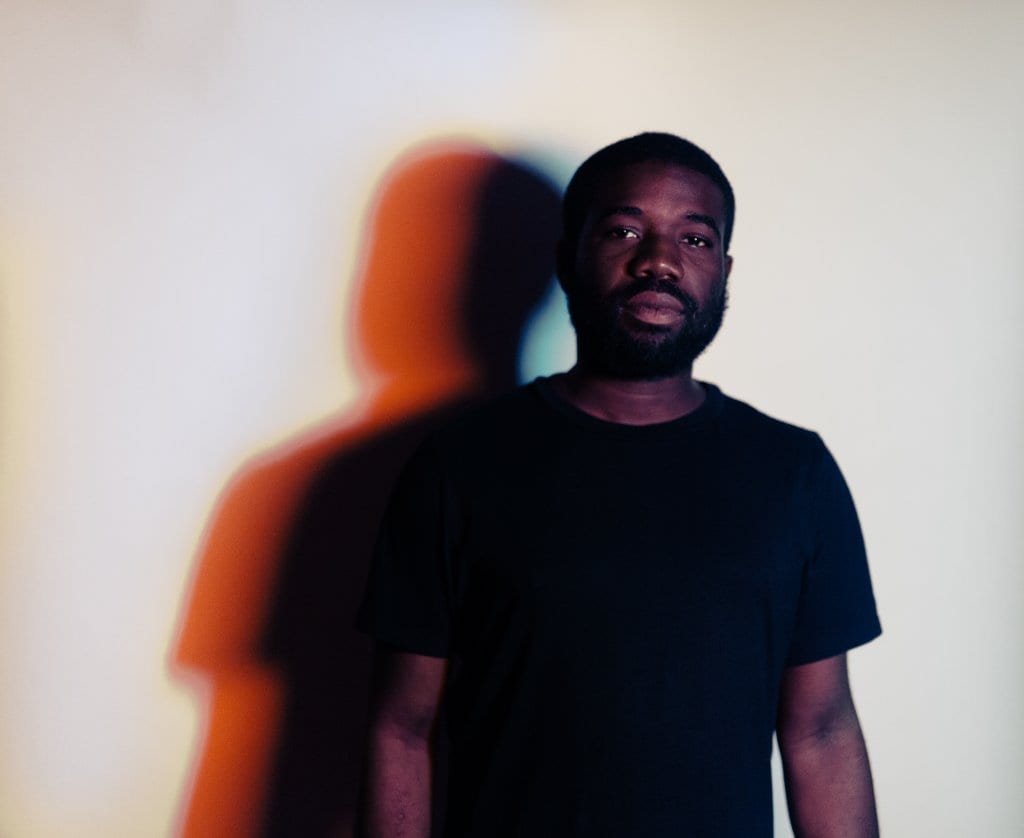 “What would Dillinja sound like if he made footwork?”

This is the type of question Sinistarr asks himself when he’s in the studio. This was the answer he came up with for that particular query…

Flexing around the juke / jungle axis by way of ghetto tech, beats and techno – in a melting pot that’s not a million miles from Rockwell or Fracture – he’s Detroit to the core but fluent in such a powerful English sonic slang and UK labels have littered his near-decade long boundary-trampling body of work since day one.

Metalheadz, Hospital, Fabio’s Creative Source and Horizons were all early champions of his hot-fingered, jittering fusions. Right now he’s on a something of a roll with cuts landing on three critical UK labels: March saw him lay down raw breakbeat science on Hospital’s Future Sound Of America EP, he’s about to appear on Ivy Lab’s 20/20 LDN v/a album and he’s just delivered an EP that’s been ambition of his for almost a decade: Exit Records.

While wholly in-keeping with Exit’s freeform, experimental spirit, the EP is also a heartfelt homage to his home city. Not only is it deep-coded with the elements of city’s sounds such as techno, ghettotech and hip-hop, the EP also features two of the most prominent names in the city’s techno landscape – Drexciya affiliate Stingray313 and ghettotech don Detroit’s Filthiest (aka DJ Nasty) and celebrates the city’s own version of footwork dance (the jit). The artwork and title bring the full Detroit dispatch together with a cool folklore tale of a cursed dwarf that dates back over 300 years. As if there weren’t enough reasons to call him up already…

You might be a new name to some. Let’s go back a second….

I guess things on more of a UK perspective kicked off around 2008, but I had a thing on Hospital’s Sick Music album and a release on Creative Source on 2009.

Yeah. I did a weird techno type of thing (Detroit Diesel) and Fabio loved it. I still have cats asking me for that now – Rockwell asked for it to play just last year. It still works, and that’s a great feeling.

There’s a parallel between your sound and his sound with all the jukey, ghetto tech fusions…

Yeah I guess we’re pulling from some of the same influences but coming from different sides. I’m based in Calgary now but Detroit is my hometown. That’s what’s shaped me.  So to have the local guys there supporting it is awesome. I just talked with DJ Godfather and he’s playing it. It’s cool getting support from the guys who have been there for so long.

Were you ever worried this might not happen and they might not see the links between what they do and what you do so clearly?

Part of me was, part of me wasn’t haha – I knew there was that jungle/drum and bass idea and people paid attention to it, but the goal was seeing how I could integrate that style of music in the dnb realm a bit more than just doing it every now and then. Take DJ Nasty for instance — A lot of the sounds that inspired the city were coming from people like them, and they were always making drum & bass and jungle in Detroit, they weren’t calling it that. It was considered ghetto tech. Jungle is a small aspect of the ghetto tech genre.

Ghetto tech was the melting pot….

Yeah, or rather Detroit was the melting pot. We’re in this great trade wind where we’d get things from the south, things from Canada, things from the UK. So before you even get to the cultural, social and political elements that have influenced the city’s music we also had all these inspirations flying around from other parts of the continent.

And the whole EP pays homage to this. So tell me what the hell Naine Rouge is….

It’s a Detroit urban legend… The guy who founded the city – Antoine de la Mothe Cadillac – was visited by a fortune teller who told him that a red dwarf was going to haunt him and he was going to have problems. He lost a lot of property and a bunch of people were dying and they all blamed it on this Naine Rouge. This legend has been going on since 1701 and in the last few years it’s really being celebrated as something unique and special about Detroit with an annual march called the March Du Naine Rouge to drive the red dwarf out of Detroit because he’s the harbinger of doom. The parade has been going on for around five years but there are loads of interesting documentaries on it on YouTube. When the riots happened in the 60s they blamed it on Naine Rouge. They always say he pops up before something disastrous happens.

Do you believe it in personally?

No but I love folklore things like this and I think it’s a very unique thing to Detroit and its French settlement roots – it’s very voodoo like in its spirit. I love that.

Yeah totally – everyone has their own interpretation of what it looks like. I was looking for some art for the EP and found Magan Truesdale’s work. I instantly thought ‘that’s the cover, that’s Naine Rouge right there!’

On the notes you wrote about the release you mention a political reference in the track Nonlinear Threat and how certain elements of the dance music can repress music or artists crossing from the underground to the mainstream. https://cheapigfollowers.com/buy-instagram-likes/. A sharp take on social media or do we go deeper again?

That plays a role in it for sure. There’s a dark side that people get caught up in and I think the mainstream audience can sometimes be a new crowd of weird entitled people who just want things to satisfy them there and then – total instant gratification – but I feel there are more values to dance music than this. It’s like some people are only playing a numbers game instead of actually listening to the music.

There’s a pressure game when you worry about fan expectation instead of having fans have some level of faith in you?

Yeah – like the artist is on a pedestal and they look at them expecting what they want rather than walking along on the journey with you. I’m grateful that the most people that were my day one listeners are still following me – we all evolve together!

I think that’s a message DBridge and Exit have always delivered and tried to inspire.

Totally. I’ve followed Exit since almost day one. They’ve had a huge influence on my style – just as much as the sounds of Detroit have. I always hoped to get on the label some day, and one day Darren got in touch and it all fell into place perfectly.

Was Stingray the link between you? I know Darren plays his stuff…

No but I’ve known Stingray since my Creative Source release because he hit me up way back in the MySpace days. We lost contact but we were at Carl Craig’s label party and he spotted me there. We stayed in touch. At the same time he was invited to play in London for an Exit/Autonomic night. That was inspiring to see how the dots could be joined between Detroit and London in a completely different way.  I actually met Darren in Washington DC in 2011 – we played a show together and chatted over dinner early on.

Techno’s links to drum & bass are only really just making sense now – they’ve not been explored anywhere near as much as other the links between D&B and other genres.

I feel that too. There’s the rise of 160 stuff while techno is adding old breaks and delving into the old rave sounds. Things are moving at the right time and there’s a huge scope for potential there. It’s really exciting.

Hugely. You look at both roots and they’re very black sounds and both had that real freestyle, anything goes attitude. I don’t know if you had anything similar in the UK but there was this mad dance show on TV over here in the US where people would be picked to dance in clubs and a DJ would pick all the tunes and they’d broadcast it. Like MTV Grind I guess but 90s as fuck. This DJ Jesse The Body would play all these old Miami Bass and ghetto tech tunes and he’d slip in a jungle tune and the cats would dance to it. It was called the New Dance Show – I don’t know if the people knew what they were dancing to but whatever Jesse played they danced to it. It was on five days a week – you could hear this brand new music and check the latest fashions in Detroit. There’s one that always stood out to me from 1996 with a weird jungle tune in there. I’ve asked so many people about it but no one knows it what it is. It’s got the breaks, it’s got that rolling sound and the keys and pads sound like John B Up All Night. Stuff like that was a major influence on me and represented both cultures.

Most DJs I interview about Detroit, guys like Claude VonStroke, talk about the radio – Electrifying Mojo and how he bridged the gaps between the genres and musical worlds.

He’s a legend and he definitely did. But I missed that period – I’m feeling like I’m in the later generation of radio. When I was listening to the radio it was Godfather, DJ Zap, Gary Chandler doing their regular Saturday night thing with shout outs and all these new hip hop and ghetto tech tunes. Then Sunday would be a recording from from a club where they played Hip Hop, R&B, Ghetto tech, Miami bass and all that – a regular club night in Detroit… When I was growing up had no idea what it was called, but I was tuned in.

No – I guess all that came about with internet radio for us. You couldn’t just force-takeover a feed over here. Like the UK is BBC then smaller private stations, right? Here all the frequencies would be taken over by conglomerates. We had some great private stations but nothing like you had in the UK.

Finally… I hear you’re going to start a label?

Eventually yeah. I’m working out how to approach it and how to do it. I ask myself “Do I put things out physically or do I put them out for free?” I’m working out my audience on how they want things. I can’t just assume people will buy the tunes outright – I have to make sure the climate is right, and as cliché as it sounds, the music will do the strongest talking. I’ll keep you posted…

Naine Rouge is out now on EXIT Records. For more details check out Sinistarr’s own words on the EP.