Few new names have come through this year and displayed such a far-ranging top shelf sonic style –  and smashed up quite as many dances – with as much clarity as Fade Black.

That’s because technically they’re not new at all; Nick and Andy had already been respectively rising up the ranks as Cruk and Shyun for several years, learning their craft and finding their sound. Reaching similar points in their careers – and working together in their day job as songwriters anyway – it was only a matter of time before they’d join forces. The results speak for themselves… In their string of festival sets this summer (their set at Critical BBQ back in May was the stuff of Studio 338 legend), in their debut Fade Black track Unknown earlier this year but most of all in their debut EP Condemned.

Opening with title track, a superb spine-hunching technoid banshee of a banger, they dig deep across the spectrum; Sluggah is a vulgar late night stink-up, RWD is the bone crunching soundtrack to all your favourite nightmares while Sane is a remarkable slice of considered soul, all slinky and gilded and up on UKF Drum & Bass…

Far-ranging, top shelf sonics and delivered with clarity; this is where Andy and Nick are at right now.

This year’s been a bit of a whirlwind hasn’t it?

Nick: For sure. This year has felt massively ramped.

Andy: Things were going nicely for both of us as solo artists but on a bit of a slower trajectory.

Nick: We wanted to go up a gear.

Andy: The cool thing is that we’re both established producers. That means our synergy isn’t like one of us is a DJ and the other a producer; we’re both pretty heavy on the production side. Two of us working on things together and putting our ideas into the mix made sense.

Andy: That’s the most important thing.

Nick: The gigs are more fun to play together. Tune writing is easier too because you’ve got someone to bounce ideas off. When you’re on your own, tunes are more likely to be discarded but with two of you there’s more focus and decisiveness.

It’s hard when you’re working on your own. You’re trapped in your own head a bit. There’s a different energy and way of working in a collaboration.

Andy: We were writing together anyway as part of our day job but none of it was drum & bass. We write all kinds of music for artists. Anything from neo soul to grime to everything, and a lot of that is written as shared projects between us anyway. We’d been writing all this stuff but never actually done drum & bass together until one evening we got some beers in and saw what we could do.

Nick: It worked really well because we both know each other’s workflow and set-ups. We both use the same DAW. It was an easy transition to write an EP together. We’d been passing project files back and forth for half a year anyway, it was very fluent and that’s why things have come together so quickly.

The EP covers everything. It’s a proper ‘hello we are Fade Black’ thing. It ranges from dark soul to proper dark stuff like RWD.

Andy: For us as a debut EP it was about making the biggest statement possible. We wanted to show we don’t just make the heavy stuff but we can make things a bit more finessed. Tracks like Condemned are clean cut and more precision-based but cuts like Sluggah are a lot more raw.

Nick: It’s nice to have a collection of tunes you would play in each kind of set you’re playing. No matter what time of night or where in the set, there’s a tune for it. Sane is a more of an intro or an end of set tune, for example.

Andy: Sane was a special one. The singer Leo Law is someone we’re actually writing music for. He’s got this combination of neo soul and electronica vibe, so he’s coming from a different place. But that’s really exciting because it’s new. With vocal tracks you find yourself going down the same names in the scene. We love and respect all vocalists but we wanted to bring a fresh voice to the scene.

Nick: It made total sense. We get on with him, he’s great to work with but most of all he’s a ridiculously good singer. He’s got an incredible voice.

Andy: The thing for vocals with us is when we write a tune with vocals they have to be the focus of the song. Too much emphasis is put on the drop on a lot of vocal tunes; you’ll have the intro and topline, but then it almost becomes a texture element in the track rather than a star feature. But if we’re going to do a vocal song we want to make song and champion the vocalist we’re working.

Nice. Tell us about the song-writing day job…

Andy: It’s a company I started with two friends. Nick joined a few months after the conception. At the time, we were working on building an AI driven platform for artists to find each other much easier, which would then lead on to a musical collaboration of some kind. Part of that was a project with a studio in Shoreditch where we worked with loads of artists. It was more for user feedback/market research before we began thinking about if we we’re going to pursue building the platform, but it was to work with them, empower them, give them the space to make music, get to know them, understand their habits an put that feedback into the platform we’re building. It’s where we met Leo.

Nick: The project was great. We worked with a huge variety of artists from all kinds of backgrounds. It became this great production bootcamp. We had so much work to do. We had all these artists; grime, neo soul, electronica, hip hop .

Andy: Almost 10 hours a day producing. This went on for six months. Four 3-4 hour sessions a day. We had no idea what the artists would want to work on. Sitting in the studio and making something from scratch on the day.

Nick: Yeah then the next person comes in and it’s this revolving door of MCs and singers and musicians.

Andy: It was crazy, but it helped us understand our strengths and weaknesses. It was quite a self discovery process as well. In order to pull the project off we needed to be honest about what we were strong and weaker with to make the tracks as good as they could be in such a short space of time. That has bled into the Fade Black project where we play to our strengths and understand each other’s.

Nick: I think Andy’s good at arranging tunes. There’s a certain musicality to that which I don’t think I have. I suck at putting tunes together but Andy’s arrangement is great and very natural.

Andy: I’d say Nick’s biggest strength is the sound design side of things. If there’s a sound we want to make it would take me days of pissing around trying to get close, but Nick knows what’s going on in his head and whips it up in seconds.

But the mixdowns are done together?

Nick: At the end of the day we both have the same vision for the end product and we both have super high standards. We will not stop until every last little detail is considered.

Andy: It helps to have a second pair of ears as you’re going prevents you from making stupid mistakes. Sometimes you do something sloppy and you know it’s gone wrong, but you’ve made so many changes you can’t work out what it is. Having two of us stops that.

Andy: (Laughs) Do we sound organised?

Nick: We’ve got an EP’s worth of ideas but definitely not in the bag in any way. But we’ve got loads of collaborations and remixes coming and great things coming up. Massive shout to Kas and Badge for giving us this platform and encouraging the best out of us.

Andy: Massive shout to everyone who’s supported us so far. And don’t forget to check out the Gold Top radio show we run with our nearest and dearest, Dan Bide!

Fade Black – Condemned EP is out on Critical 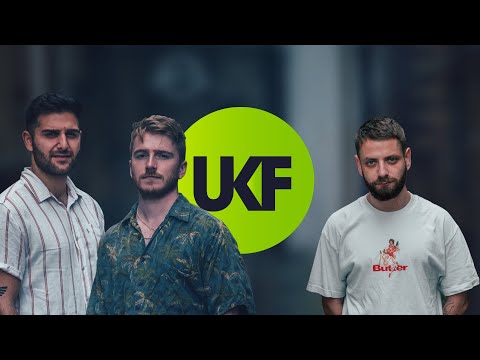 So You Want To Be A Woman In Music?
WORDS
10 shares
SIGN UP NOW & STAY LOCKED!Sign up to our newsletter to keep up to date with the latest streams, news, and events, all tailored to you.