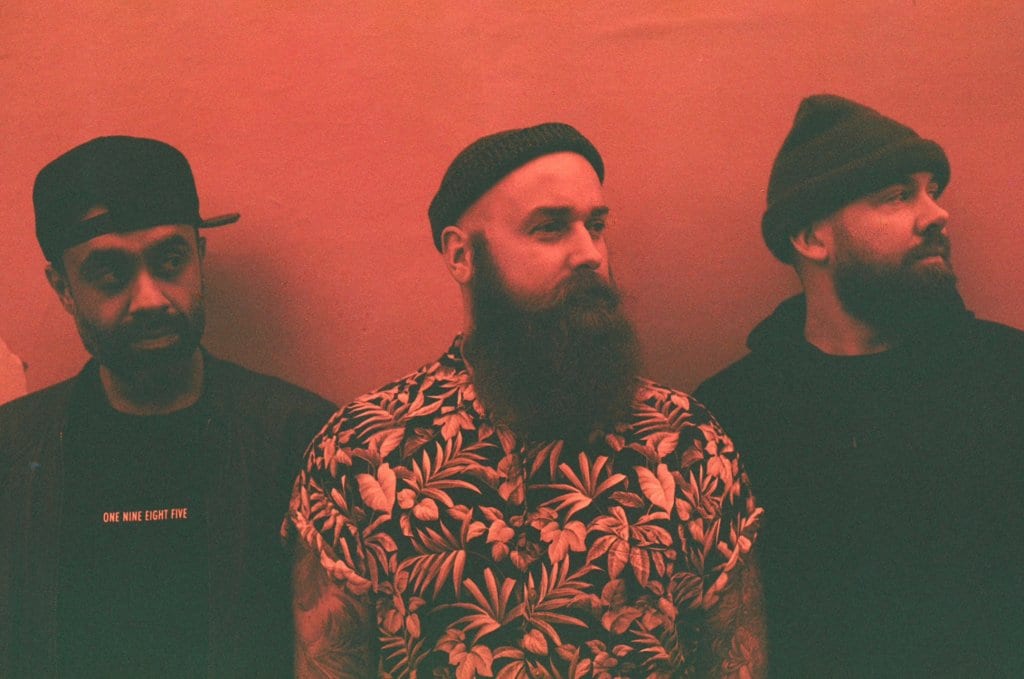 Suns out. Guns out. Guitars out. It’s pit season once again. And PENGSHUi are the first to start up a circle.

Brand new in name but certainly not in heritage: Bass player Fatty is a founder member of Submotion Orchestra and has played with the likes of Newham Generals, Andreya Triana and Outlook Orchestra. Illaman is one of the fizziest, most versatile MCs in the game with a previous that flexes from Goldie’s live band to Flux Pavilion co-labs. Pravvy Prav, meanwhile, has a long career smashing tubs for Foreign Beggars, Jorja Smith, Gentleman’s Dub Club, Maverick Sabre and Jehst.

PENGSHUi is the latest project in this shared line of credentials. And quite possibly the heaviest, too. A raucous fusion of punk, grime, metal, bass and beats, PENGSHUi adds to a slow-cooking piquant gumbo of uncompromised sonic fire that’s been bubbling since 1986 when Run DMC and Aerosmith advised us to walk in a certain direction. Always bubbling but never over-boiled into a flavourless formulaic gloop, the fusion of metal and electronics still feels fresh, unruly and energetic over 30 years later. Case in point: the currently unstoppable developments of acts like Sullivan King or, just last month, Muzzy’s recent collaborations with Celldweller.

The trio’s own contribution to the ever-flowing beat/mosh banquet brings a distinct and unique UK flavour. Their anger of grime and punk brought together with a rampant energy and sharp edge that screams ‘live’ is best felt with their debut single. Released earlier this week without fanfair or unnecessary hype. It goes like this…

There’s a lot more to this trio than a brilliant band name. Get to know:

Pengshui… Tell us everything. What ignited this fire?

Fatty ignited this fire. He’d started writing some heavy ass music and wanted to find a way to bring the idea of grime and punk to life as one over-arching sound. Fatty and Prav already play together in other bands, and we all like high intensity music. Also, Illaman is the absolute don who can properly deliver that punk vibe, so it was a no-brainer.

You all come from very different musical backgrounds. Was metal the vibe that brought you all together musically for this?

We are known for being very different musically, but actually we all grew up playing energetic and intense music. Also, our love for rap music and bass music is a reason for us doing this. Fatty and Prav are both session musicians and play all kinds of styles all the time. Fatty is a founding member of Submotion Orchestra, and Prav used to be the MD for the Foreign Beggars Live band. Illa has played in both metal and hip-hop groups since he was a kid, and really is the only guy who could be the frontman for this.

And who, in your opinion, have been the best metal fusionists of all time?

The whole Judgement Day Soundtrack was a great example of metal fusion. Bodycount will forever be a landmark band in that way. RATM obviously. Also, props to the Astroid Boys who are smashing it right now.

The message has meaning too. We need more of this in our music. Give a message to the many who want to say something but worry they’ll lose fans if they do…

Be yourself at all times. If you wanna experiment or try new shit out, do it. There is nothing worse in life than regret or wishing you had done something you didn’t do.

In the interest of balance. What nices up Pengshui’s blood the most?

People who say how they feel. Being onstage.

What’s in store next? This doesn’t feel like a one-off collabo jam!

Any live dates? Music like this HAS to be experienced physically!

Yes the live aspect is extremely important. The energy and the sound is massive, and the bass is super physical. We are playing Nozstock festival this year. Stoked about that.

Anything else to add at this juncture?

Come and see us live. Don’t be scared.

PENGSHUi – Control is out now