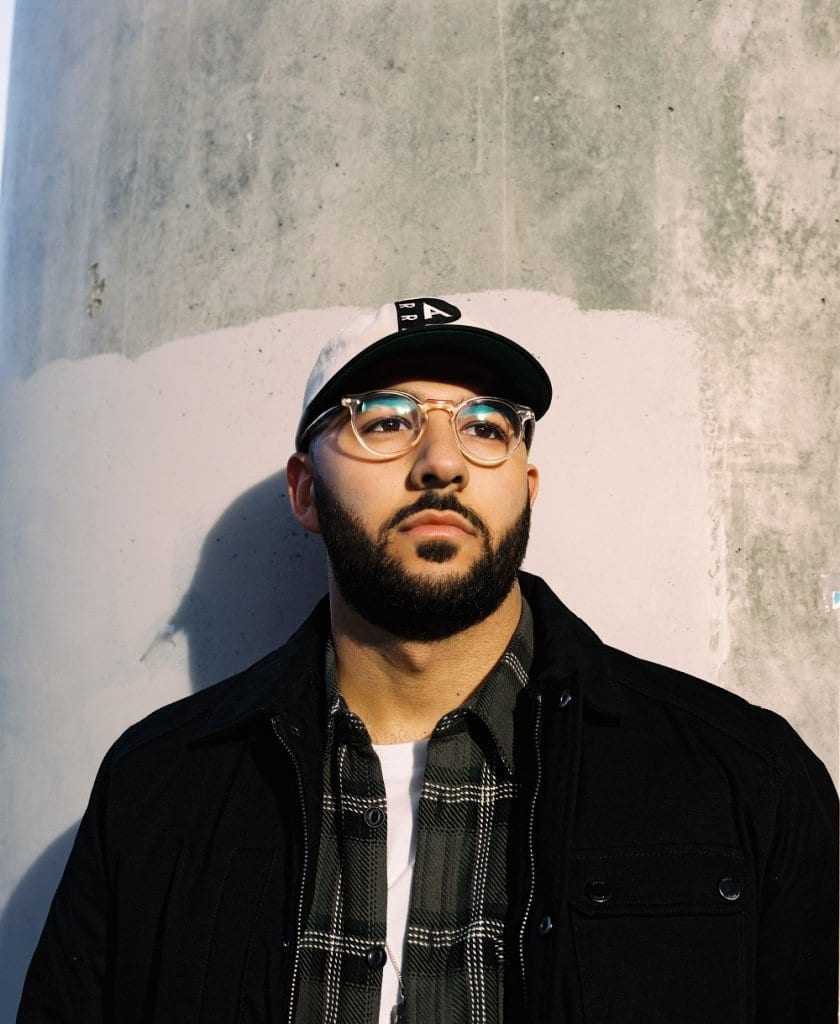 When it comes to putting out your debut tune; releasing it on Viper and packing it with a sick, professional video is a pretty strong look.

Featuring a vocalist who was formerly lead singer in Basement Jaxx’s live band (Ami Carmine) and having the tune on the label’s biggest v/a album in years (Acts Of Mad Men 2) are also major pluses. So is having the name Aymen when you’re making D&B, for that matter.

This is the case for yung Valentino. And this is his video…

Shot and directed by Aymen, his girlfriend and some of his closest friends, it’s a deeply personal project that’s the result of years of honing his sound, biding his time and waiting for the opportune moment to make his entrance. After years of supporting D&B behind the camera, he’s now contributing to it in the way he’s always wanted to. And he’s set a high benchmark. Get to know.

What a way to make a debut…

Ha, yeah Futurebound said to me ‘you’ve set the bar high now, you can’t drop from this’. He meant it in a good way. I wasn’t going to give it a half-hearted song or video. I wanted to do it right. There’s been a lot of emotion and a big build-up to this point. I’ve been working hard, focussing on the video content. That’s been my passion, but being in those environments, filming music, has been really inspiring. I’d been producing music for years, taking advice wherever I can, I’ve just been waiting for the right opportunity.

Totally. If I’m totally honest, I don’t think my stuff two years ago was good enough. I wasn’t in the right head space either, but luckily I was level-headed enough to hold back on that. If I started sending stuff out to people, it would have given the wrong vibe. But now the balance is right in my personal life, I feel confident in myself and my sound.

100 percent. I made the video with my close friend Melvyn, we’ve shot tons of videos together, the lead actor was a good friend Marty, who happens to be a full time actor, and my girlfriend was the lead actress and stylist. I pulled it all together, used all my own kit and took advantage of locations I knew I could use here in the UK and in Spain. When it came to making the video I treated it like I would any other music video, which was quite challenging. I also made it harder by involving my girlfriend and best friend so it was a weird mental state to treat it like it like someone else’s track but it was also very personal.

I imagine that could test relationships?

Absolutely, but it also gave me an insight into how supportive my circle is. Without being cheesy that was the truth. None of them had to take a week out of their own lives to act on a pier at 5am in Spain, or have a staged argument on a rooftop in front of a bunch of people, nor sprint around a running track a thousand times. They did that for me and that was so special.

Yeah that’s wicked. Is your girlfriend a boxer anyway?

No she’s a make-up artist! She’s done a couple of fitness boxing classes but the trainer was another mate, Robi. He gave her a one to one tutorial and got her warmed up and she did her make-up to look like she’d been sweating. My friend Tony offered me the boxing club location. A friend did the visual graphics with the text message and a good friend of mine George colour graded the video.

This is a proper crew thing!

Totally. So many of my favourite people were involved. This is the first time I ever called favours and I learnt a lesson; there’s no shame asking for help from people you can trust. I’d never been comfortable doing that before.

You sound like an independent man who loves being in control?

Definitely. It was all a bit foreign for me and that’s probably why it took me this long to get my release out there. I never ask for favours or help and have been quite stubborn about that in the past. But I knew music was at the right level so took the plunge. I am a perfectionist though and I love to do things myself from start to finish. Having my friend Melvyn with me during the shoot kept me calm, he’d say things like ‘look mate, you’re done now, the scene is done, it’s great, stop trying to run it again’.

That’s wicked. So who else have you filmed for prior to this?

I’m so grateful to have done things I’ve done. I did a music video for Rudimental, I’ve filmed every DJ you can imagine at shows, I’ve worked with Rita Ora, Stefflon Don, Sean Paul

Haha yeah, we had a funny encounter in the past. I’d filmed him at Notting Hill Carnival then then the second time I met him I actually gave him a CD with a remix I’d done of one of his tracks, Breath. Me and Melvyn were filming him that night and somehow caught him at a time when no one was with him. I said ‘look mate, I’m a massive fan, I’ve made this bassline house remix for you’. So far so good. Then he went to spud me and I went for a handshake.

Literally. I quickly thought ‘I can’t back out of this now because it will show I’m not confident.’ So I cabbaged Sean Paul’s hand. Funnily enough I never heard from him after that. 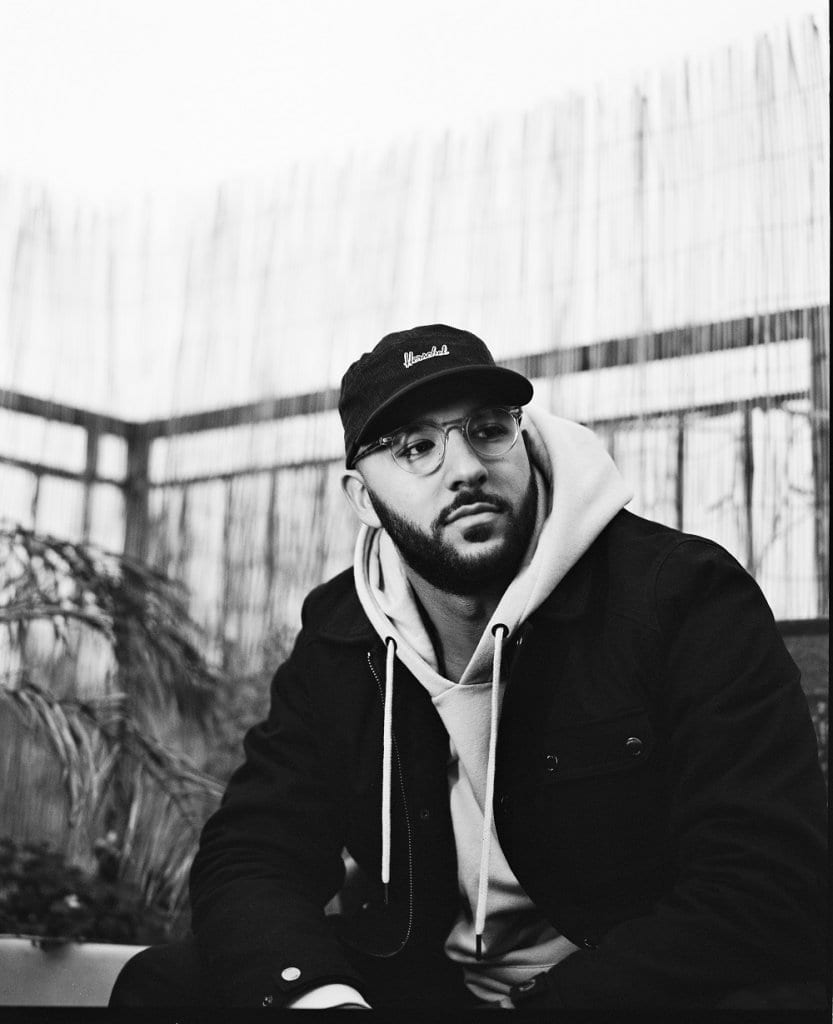 Ha. It’s interesting, you’ve come into the scene from a different perspective and already know more about the industry behind the scenes than most debut artists would.

I think the main thing is that things become very normalised. It doesn’t get scary to chat to famous people. It gives you an even playing field and confidence. I used to get this feeling. This really horrid feeling in my gut when I was filming music stuff, especially drum & bass. I’d come away feeling really off and tense. It took me a while to work it out, but I realised I wasn’t comfortable being behind the camera. That wasn’t the role I wanted to be playing in music. I don’t want to watch people through a lens, I want to be part of it. When Phantasy linked me with Futurebound, I started to feel better. It wasn’t so unsure or uncertain because I felt more in the loop and felt like I’d progressed. The song was signed and the journey had started.

What’s next on the journey?

I do have an EP of tracks ready. One special track in particular has MC Spyda on it, who I met at Innovation and traded him a music video for some vocals. So that could potentially be my next release. I’ve got a whole bunch of other stuff. Some heavier, some more progressive, some more rolling style. It’s so early on for me, I want to explore as many sounds and ideas as I can. In the words of my old music teacher and now mentor James Fussey, ‘Don’t Question it. Go with the flow’.

Which direction do you think you’ll explore next?

Right now, with everything going on in the world? I feel like going heavy…