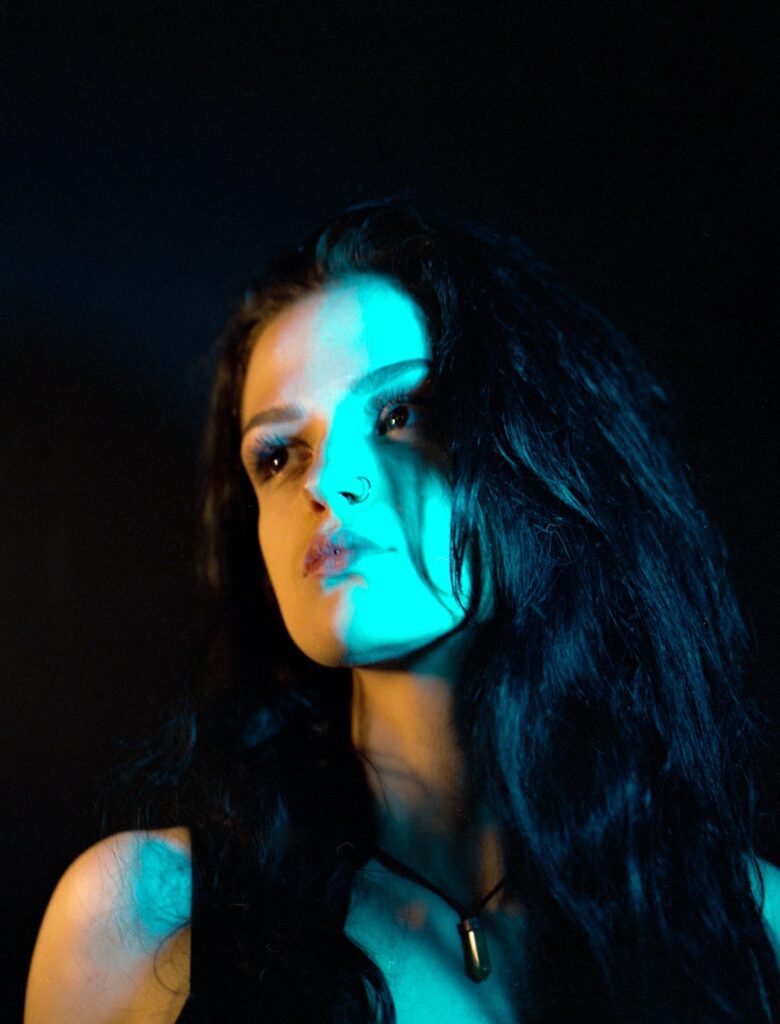 Nel Morgan, known more commonly in the scene under her moniker Cauzer, is a Cardiff-based producer who’s firmly at the forefront of Wales’s booming drum and bass scene.

Accompanied by artists such as Wrekka, Diskrete, 4K, and Clü, labels such as Incurzion Audio, Pull Up Recordings, Riddim Records, and Breakbeats & Basslines, and the ever formidable presence of Welsh legends High Contrast and Concrete Junglists, Nel’s recent appearances on Drum Army, Overview, and now the mighty Critical Music mean that she’s proudly flying the Welsh flag on her ascent to the top of the scene.

Now the latest inclusion of the labels highly-respected Binary series, Cauzer is accompanied by a host of previous talent, including names such as Particle, T>I, Hyroglyfics, Monty, Current Value, and Waeys. Consisting of eerie build-ups that pivot around tension and perfectly curated atmosphere, Cauzer’s high-octane three-track collation is one of those EP’s that you can just guarantee will send any drum and bass fuelled dancefloor into a frenzy.

Crunchy drums, idiosyncratic sound design, and perfectly in keeping with the underground sound that Critical has become famous for since its London birth in 2002, Binary023 encapsulates the production prowess that Nel’s already displaying early on in her 170 beats per minute journey.

As someone who fell in love with drum and bass because of the passion, love, and talent that I saw in abundance within the Cardiff scene a few years ago, I just had to hop on the opportunity to speak to my city’s biggest emerging talent. Conversing about her introduction to the scene, her debut release on Critical Music, and the future of the Welsh scene, check out what Cauzer had to say on it all in our chat below.

So Nel, I saw yesterday that Enei called your forthcoming EP on Critical ‘the best Binary yet’. I can only imagine how gassed you were.

The first thing I did was tell my mum and my girlfriend because I was so buzzing. I really look up to Enei, he’s a massive artist, so hearing those words coming from someone that’s so highly respected just felt really good.

I bet, a collab on the cards soon…?

Haha, I hope so. Maybe one day.

You only started producing music properly two years ago. Did you expect to see this sort of progression this early on?

No, definitely not. It was always something that I’d hoped for, but I wasn’t expecting it to happen for five or ten years. I feel like I’ve kind of been thrown in at the deep end, but so far I’m really enjoying it. I’m such a perfectionist, so even if people are telling me that my tracks are at a high standard because I know that the song is going to a big label, I feel the need to do much better than what I’m doing. I know that over time it’s just something I’ll get more and more used to, but I don’t think I’ll ever get to a point where I will properly like my tracks because I am just so picky with them haha.

What about that IMANU remix on your Soundcloud? That was the first track I heard from you (and probably for a lot of other people too) and I just remember thinking how ridiculous the production and sound design was for a first track.

To be fair, I was impressed with myself on that one because I made that quite early on into producing. I was making tracks for a little bit before that but I didn’t want to put out something that I thought I’d regret later on down the line and I really wouldn’t want people to have a folder of my old tunes because I would just cringe if I ever heard them played out.

That’s the perfectionist in you coming out again, which is probably why you’ve progressed so quickly in these two years.

Maybe. It’s definitely pushed me to work a lot harder and learn things a lot quicker, giving me that extra determination that I needed. At the minute, my studio is my bedroom so I pretty much live in it anyway. I have no excuse not to produce haha, it calls my name every day.

You’ve bided your time and polished your sound in an impressive manner as well. From under the radar to the likes of Critical and Overview in a few months.

It did all happen quite quickly. I got an e-mail one day from Martha who was introducing me to Kasra, and then all of a sudden I was releasing music on Critical. From there other labels just started getting in touch with me. When I got into contact with Pete from Overview they were putting together the Zone 2 VA and Focal Point ended up going on the LP.

I know last time we spoke you were at a bit of a crossroads with your sound. So far, we’ve heard a lot of that gritty, minimal Cauzer style, but are we going to hear that neuro sound that I know you love?

I am planning on sending some of it out and starting a path with that sound. It’s definitely the sort of style that I want to pursue but with the labels that I’m working with at the minute, I think it’s important to fit into their sound whilst still producing stuff that I like. Now that I’m getting into the flow of things, I feel more comfortable just doing what I want with my music. I just want to make some funky tunes and enjoy it.

If we backtrack a little bit, how was it that you first got into drum and bass?

I’ve always been into electronic music since a young age. When I was 12 I started making my own mashups on Audacity and I remember always wanting to get into DJing and electronic music production. A lot of the influence came from listening to all sorts of EDM when I was younger. Dubstep, drum and bass, even gabba and hardcore. My brother used to be a DJ and mixed hardstyle, techno, all that sort of stuff. He was never big on drum and bass but I do remember him playing jungle when I was younger and that definitely influenced me. I love the whole breakbeat pattern that comes with jungle. Fast and heavy drums are the main element that I’m trying to push in my songs.

You can definitely hear that style of drum work in the Critical EP. What part did the Cardiff scene play in nurturing the passion for drum and bass?

When I first started producing I’d just hit 18, which is when I started raving in Cardiff as well. I remember looking at the DJs and just thinking that I wanted to be that person one day. My only set prior to COVID was in Clwb Ifor Bach, warming up for Skantia at an NRG event.

Raves prior to COVID in Cardiff feel like a lifetime ago now. What venues were you hitting up?

Definitely Undertone before it got shut down (RIP), Clwb Ifor Bach, and obviously Vaults, which is easily my favourite venue out of anywhere that I’ve been to anywhere.

You can’t describe Vaults to someone that hasn’t been there. It’s such a magical, disgustingly sweaty, yet beautiful place.

That’s exactly it, I just love the intimacy of it. It’s so gross but that’s what makes it so great. It’s so sad seeing the venues that are being shut down though.

It really is, especially at a time when so many producers are emerging in the city. Back to the Binary EP, I found out this week that you’re the first female producer to release a full EP on Critical.

It’s a great accomplishment and I feel proud, I think that right now there are so many more female artists emerging and it’s because drum and bass is becoming a better space for them. I wouldn’t say any label is at fault for it, but as a whole, the scene did need to do a lot of work in order to make women feel more comfortable in putting their music out there.

It was a very male-centric scene for a while, and although the problems have not been fixed, we seem to be making progress in recent years. I think lockdown has really helped in giving female DJs and producers the opportunity to garner their own reputation and audience.

I think that live streams have especially helped with that as well. I know Fully Charged Audio did Pinkstream, I was involved with that and it was an all-female line-up, which was great because it gave a lot of girls the chance to showcase their talents. I think a lot of promoters are starting to think why haven’t they been booking some of these women because they’re just as good as the men. With people being at home, they’ve also had much more time to promo themselves and create a brand image.

100%, so many people have taken advantage of this time to promote themselves online and I think what we’ve seen happen online will translate into the clubs. Anyway, to finish, what’s next for Cauzer?

Potentially some more stuff for Critical in the future, but in the meantime, I’m working on a four-track EP for Overview which I’m planning to get a few collabs on. I haven’t released any collabs yet and I want to start blending sounds with other producers more often.

Cauzer – Binary023 is out now on Critical Music 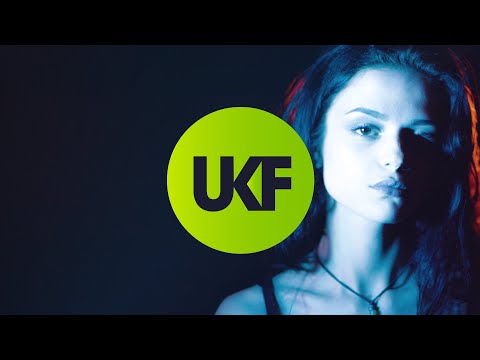 Who The Hell Is Yours Truly?
WORDS
130 shares
SIGN UP NOW & STAY LOCKED!Sign up to our newsletter to keep up to date with the latest streams, news, and events, all tailored to you.