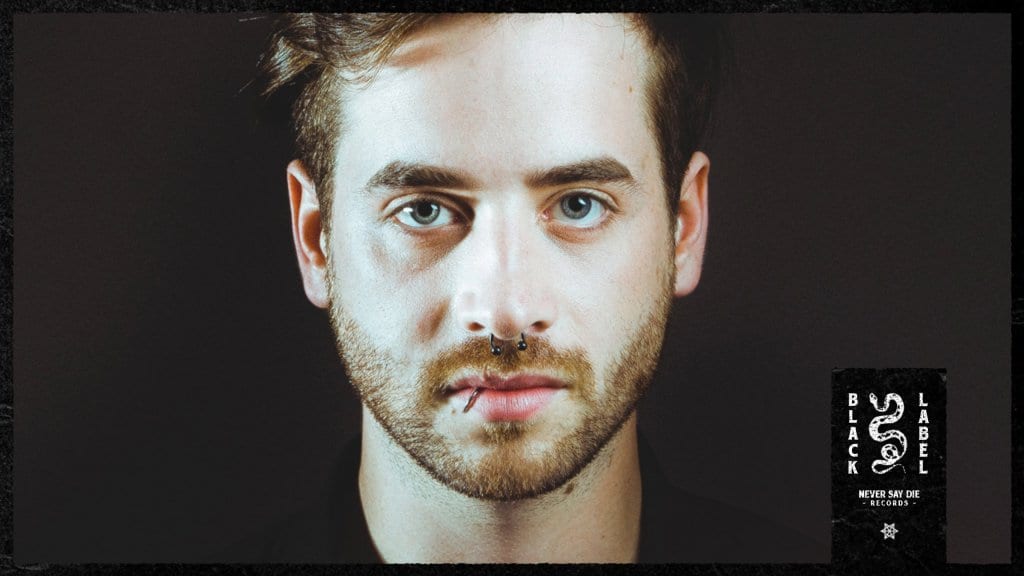 It’s been quite a year for Montreal’s Krimer. Having chipped away at the bass coalface for the last few years, 2016 has seen him level up with a debut appearance on Firepower and a full EP on Never Say Die… Fittingly titled Blow Up

He reckons it all spirals from key support from Montreal mate Snails. We reckon it was only a matter of time. Hells, his sets hit so hard they make people propose!

Seemed like a good place to start our conversation….

So someone proposed to his woman after your set. That’s a moment right there!

Yeah it was unreal! It was in Webster Hall which was also unreal I have to say. I’d just finished my set with Subset and this guy came up and asked me if he could use the mic. He went right in front of the booth, asked his girl for marriage and the whole club gave him a round of applause. I was nervous for him.

You’ve played a role they’ll never forget… Whether the marriage is a success or not.

Once in a lifetime man! I’ve never heard of anyone doing this before. The girl seemed pretty cool with the proposal. A bit confused at first but later on in the night I saw her smiling so I guess it went as well as the guy hoped. Best of luck to them!

So let’s focus on you and your Never Say Die EP debut. Feeling good?

This is also unreal! The support I’ve had from SKisM and Eptic and everyone on Never Say Die has been so incredible it’s made me want to stay and build with them as part of their family. It all snowballed from Snails playing Blow Up. From there people like Excision and SKisM got in touch and it spiralled with everyone asking me for tunes. It’s been pretty rapid ever since…

Of course, the Snails/Montreal connection. Hadn’t actually made that until now.

Dude he was my neighbour! Look down from my balcony and you could see his apartment. Like 25 feet away. We’d hang out and have BBQs and stuff. I don’t see him much now because he’s touring so much but he’s a massive inspiration to a lot of us Montreal up-comers and is really supportive of our music. That’s why I’m talking to you now!

It’s great over here right now with a lot of people making music and putting on parties and that seems to have driven more bookings and appearances from international artists which continues to inspire us. Big Tooth, a promoter here, has been key to creating this consistency and having people like Snails and Trollphace and Megalodon and the Kanniballen guys here has really put us on the map. I hope I can add to that; we’re all pushing each other and keeping each other on our toes. It’s awesome, we’re one big family.

So we need to talk about Lazay… Such a hard track!

Lazay is me trying to bring my original sound into my new production. I wanted the same sound – that real hardness that got me into this music – but with none of the arrangements or plug-ins that I used to use. It’s the intro for my sets right now and it seems to be going down really well.

Got a favourite on the EP yourself?

Oh for sure, Forces is my favourite track. It was a full track called Namaste to begin with. I wasn’t happy with it besides the intro. So I wiped the track, kept the intro and wrote Forces around it. I’d spent weeks on Namaste then wrote Forces in a matter of days. Same with Blow Up – all my best tunes are written very quickly. When that elusive idea comes along I jump on it and try not to let it go.

Had any weird outside or external influences that have inspired your productions?

I skate a lot, that helps me in lots of ways; fresh air and exercise and also draining myself of any physical energy. In high school I did a lot of sports; the exercise would drain our energy and quench our need to be zooming about and give us space to focus. I think that’s what I’m doing to myself right now, it helps me be in the zone and clears my mind. I don’t think of anything else but my production. When I get in that zone that’s it; I’m locked. My girlfriend tries to get my attention but the studio door is locked. She’s in the living room next door and we talk through Facebook messages! She doesn’t want to distract me and I don’t want to be distracted. It’s a match made in heaven.

You mentioned your old sound… Let’s go back to that for a second. I can trace you back to 2013 with your release on New Pollution.

Yeah you traced me back to the start. To be honest I wish I could delete that EP from time! It doesn’t reflect where I’m at right now. I was just searching for my sounds and learning how to create good structures. Looking back, it was terrible. Even my Gamma EP last year on Octane is a far cry from where I’m at. I know I shouldn’t hate on my past productions but they feel so far away from the path I’m on now.

I’m working on a whole bunch of collabs right now. Loads of them. So far I’ve only collab’d with Uzzi and Dubloadz and I’ve really enjoyed the experience; you learn so much and it’s a totally different vibe. I’ve got a lot of originals under my belt so it’s time to see how my friends work in the studio and create something that neither of us could as individuals. So far there are collaborations with Trampa, Downlink and a new one with Dubloadz. Watch out!

One thought on “Who The Hell Is Krimer?”