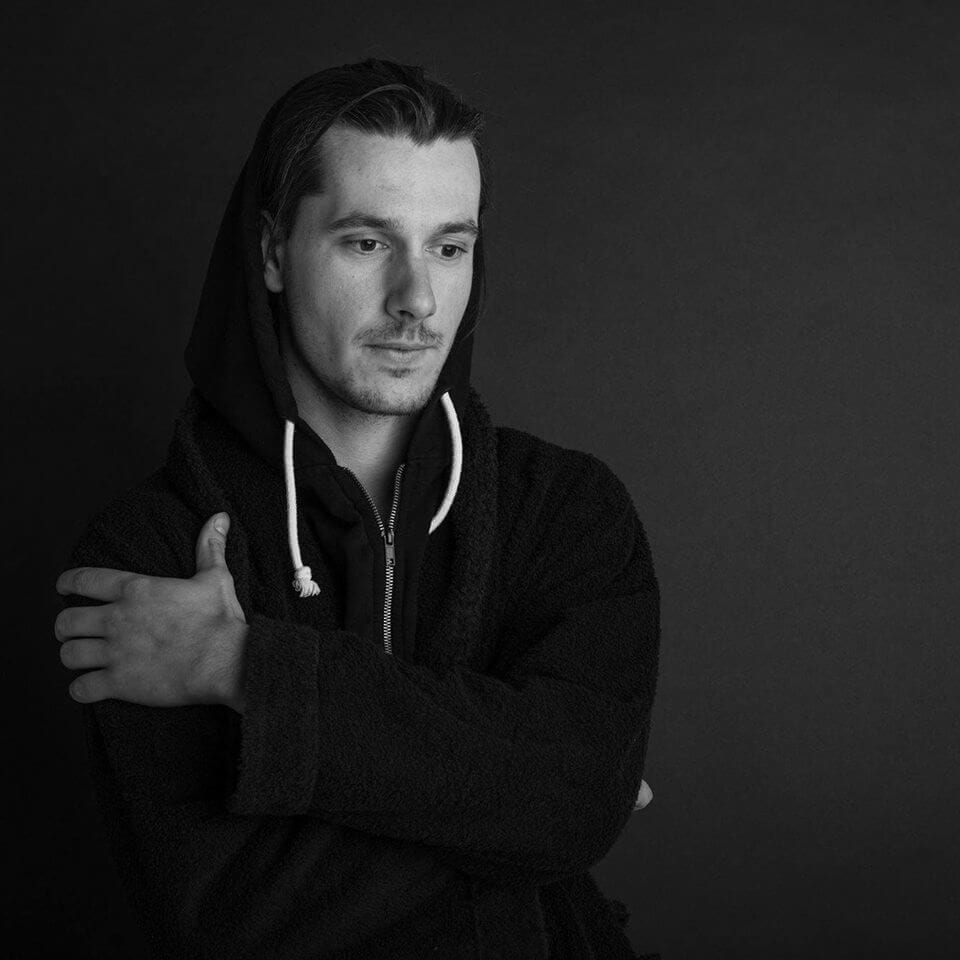 No other countries are popping more bass cuts per capita than the Netherlands right now. And while most eyes and ears are fixed on Amsterdam, Utrecht, Rotterdam and Groningen, we should all be paying attention to the unassuming town of Leiden, too.

Home to soulful drum & bass man Lenzman and disco funk troupe Kraak & Smaak, there’s a new toxic sound emanating from the town. And Lifecycle, alongside friends and cohorts NCT and Franky Nuts, is right at the front of it.

Lifecycle – real name Luuk Bos – deals strictly in barbed-but-melodic cuts with a strong focus on the more experimental and abstract side of banger-craft and sound design. In operation since 2011, he’s no new sensation. Slowly but surely working his way up the game, gradually honing his craft and, as he describes, ‘making music for himself’, he’s hit an exciting new chapter…. Last spotted on Circus with the still-massive Whiplash he now makes his debut on Never Say Die Black Label with a crucial four-tracker: No Curve EP

Featuring collaborations with San Diego rapper Mikey Ceaser and his mate Franky Nuts, the No Curve EP is Luuk’s most comprehensive and full-strength EP to date. But you get the feeling he’s only warming up. Get to know about this young flying Dutchman and listen to this while you’re at it. Something Nasty indeed…

First Black Label EP… This has been a long time coming!

Yeah most definitely. It’s been coming for a long time. Over a year actually! I usually make one club banger and do a few other crazier arty tracks. Club bangers take more effort so making three for the EP took me time.

Yeah definitely. I had all the time in the world to make it as perfect as I can and be as happy as I can with it. You’re right – you can’t force this shit can you?

You can’t. My favourite track is Something Nasty. Mad sounds.

That’s the most experimental track on the EP! I make music for me and not for an audience. It’s something I have to do, if that makes sense? Luckily I’ve had a cool response from people on the more experimental stuff. Especially Something Nasty. I think it’s SKisM’s favourite too.

You have to make music for yourself or it’s not worth making. We should probably biggup Franky Nuts right now shouldn’t we?

We definitely should. He’s killing it! We work really well together. Whiplash has some crazy support actually. Nghtmre was playing it regularly, so was Flux. That’s a big compliment – he must have so much music to play, for him to select that means a lot to us.

We interviewed SKisM recently and he had some cool comments about the energy and dialogue between Never Say Die and Circus. I think that’s really cool and important for the scene…

Yeah it’s a great situation between the two labels. You get a feeling when you’re writing a track and knowing if it’s more musical we can send it to one label and one for the harder sounds. It’s so cool to have the leading labels work together and share the top spot in this way. It’s different in other genres, I came from drum & bass and where there was a lot more trash talk.

Let’s go back to your early releases. Captain Bassline kinda set the scene really didn’t it?

That got a lot of support and encouraged me to develop my music in this direction. No Regrets and Amnesia are more melodic and come from playing keyboards as a kid. I love playing with melodies and incorporating musicality into music that can be played in a dancefloor scenario. What’s funny is the same ratio of styles runs through every release – a heavy track, a deeper track, a more experimental one….

That whole balance of musicality is often found within one tune. Contrast is important to you…

Totally. There has to be parts and chapters in a song for a listener to still be interested. I’ve been getting into piano playing to try and perfect transposing or switching key. I haven’t got to that level yet but I always try and do it by changing my sound palette. I like the idea of grabbing the listener and pulling them back to refocus. Regain people’s attention’s span in a way.

Tell me about Mikey Ceaser…

Franky hooked me up with him because they’d done a track together called Bring It On. I loved the vocals and his sound. Franky said he was a safe guy to work with – he’s super quick and enthusiastic. He wants to do it. Sometimes with rappers you find it hard to motivate them to be part of the song. With Mikey he motivated me – he was so on it with ideas. He’d send stuff, I’d chop it up, he’d come through with more ideas. There’s more of an inspirational vibe between us. So much so we did Popping as well. I originally had a samplepack vocal for that and then I thought ‘why am I doing this? I’ve got this amazing rapper who wants to do cool stuff!’

Speaking of cool stuff, did I see pics of you hanging out with The Ulex from the metal band Textures? What’s happening there?!

He’s a very good friend of mine and we’ve just started jamming and writing. I love the way how if I have an idea in my head I’ll process it and twist it until it sounds how I want it but he’s so musical and will just hammer out the perfect melody and arrangement. Our approaches are very complimentary. We’re also both inspired by Infected Mushroom – the combination of psy-trance and dubstep and magical adventures to listen to. Every track is like 10 mins plus and no repetition of any part and who themes reappear throughout in clever ways. They suck you right in. Dream Theater are great at that as well. Their song Change Of Seasons is a great example – how it takes you back to the start point after 22 minutes it’s such a rewarding feeling for a listener. So we’re kind of working on something similar together.

I think so too man. I don’t know if people are ready for it yet, but it’s so much fun having the freedom and to invest that amount of detail and adventure in any type of track… It’s something you’ll see in all of my work as I develop.