In life we have a lot to thank our parents for, but none more so than Elijah Symons, whose mum is an influential factor behind his current drum and bass journey as Monrroe.

Growing up in the remote village of Stanway in the West Country, not only does he sound like one of the locals off of Hot Fuzz, but years spent on site as a traveller led to him being surrounded in the blissful sounds of 90s jungle and acid house by his mum, who Elijah considers to be a certified junglist – regularly attending shows, listening to his music and encouraging him to play some of the more gully ends of the spectrum.

Big up Mrs Symons. However, it was listening to Logistics’ City Life for the first time that made Elijah realise his love for liquid drum and bass. Starting his Monrroe production venture in 2013, Elijah is still a relatively fresh face in the scene, but one that is quickly developing into a rising star. Despite still studying for a degree in Music Technology, he has already caught the attention of various industry figureheads with his atmospheric and eerily beautiful productions.

The release of Dawning featuring vocals from Emily Jones in 2015 firmly put his name on the map and on the radar of Liquicity who have recently deemed it worthy of a superb Technimatic remix. With his debut Time For Change EP being released last year on Galacy and his forthcoming Falling Apart EP due imminently, Monrroe is a name to keep a watchful eye on as 2018 draws closer.

UKF caught up with Elijah to talk about his progress over the last few years and the direction his music is taking.

You’re a relatively little-known name in the scene at the moment, but it feels like you’ve been gaining momentum the last few years.

Yeah man it’s definitely starting to pick up. In the last year I’ve started to find my sound and it has been coming through in my productions. When I started it was a case of borrowing bits from different artists and seeing what works – a lot of trial and error. But in the last year I’ve focused on doing my own thing. Hopefully it sounds alright… There’s still loads of experimenting going on, but I kind of have a rough template in my head of what should and shouldn’t work.

What sort of template would you say you are working to?

Now that’s a tough one to explain. Secret recipe… It’s just a case of trying to merge that live organic sound you get in ambient music with the more high energy side of drum and bass, without it sounding too cheesy. The atmospheric ambient side is definitely what I have been going for. Vocals add a whole new level. One of the key things I aim for is a good vocal because it adds so much emotion to a track.

You’re taking a similar direction to Hybrid Minds then? With a focus on vocals and organically producing each element of the track opposed to sampling.

That’s definitely the route I am aiming to take. They smashed it on the last album! They really brought the organic sound to the forefront. Listening back to it is really nice because you can hear the world in their tracks, and that naturalness is something I definitely want to bring into my productions. I’ve started taking a field recorder out with me everywhere I go and waving it about – looking like a right weirdo… But I’ve captured some really nice sounds from it. The audio sounds very minimal in the tracks, but it adds so much life to a track!

For me, and I’m sure many others, I feel like you really came onto the radar after releasing Dawning with Emily Jones.

Yeah! That’s my favourite track so far. I can’t believe it recently turned two-years-old. It was definitely a turning point in my career. When I first did the instrumental I thought the track was pretty average, but then I got Emily involved and it completely changed it! I listened to it back and was like – yeah that’s pretty decent… Liquicity took the track on and then it blew up. That’s been the benchmark in terms of quality for the rest of my productions.

You had a crazy reaction to it! People were commenting on videos saying how it is one of the most beautiful liquid tracks they had heard.

It was wicked looking back at the comments and seeing how people were rating it. It’s a nice feeling knowing my music is being enjoyed. Thank you to everyone for the support! I never expected the track to do as well as it did.

Emily isn’t the only talented vocalist you’ve worked with – Charlotte Haining’s feature on Stay must make you feel pretty proud, considering what she has gone on to do now!

Absolutely mate. She is so talented and fully deserves everything! I didn’t ever expect the collaboration to come about. I basically sent her the tune and asked if she would be up for working on it and she then agreed to do it and went on to smash the vocals. Big respect to her. I really need to sort another track with her at some point…

I can imagine her schedule is rammed… Alongside that release, 2016 in general was a massive year for you – you performed your first overseas show in Antwerp?

Yeah it was a big year! My first show was pretty mad because I have a massive phobia of flying… Throughout the whole build up to it I was literally thinking – I can’t do this, I’m not going to go. But I got on the plane and I am glad I did! It was crazy playing overseas to a foreign crowd. I didn’t expect anyone to know my tunes, but when I played Dawning everyone was signing along. I was stood there thinking – what…people know my music?

You also released your debut Time For Change EP on Galacy that year. You must be stoked with that EP! It sounds like you really connected with it.

I sure am. That EP was when I started to find my sound. I tried to keep the tracks quite related sound-wise. I believe it’s the best showcase of any of my productions because you sort of work your way into them.

The tracks do tie together very neatly. Most people when they release their first EP tend to include a mix of sounds because they don’t really know what their style is.

That was definitely in mind when I was writing the EP. Three of them were done in the same couple of months and I was hammering them out, trying to get a three-track EP done. I had this other instrumental – the Hold You one, and I hit up my friend Sam King from college and got him to do the vocals. It turned out really nice, so I added it onto the EP. I would say that A Place To Belong particularly sticks out to me from the EP though. I wrote it just before I moved away to uni, so it was a track reminding me of home. There are loads of still recordings of where I live in the background – like streams, birds and trees. It was a nice way of capturing the couple of month prior to leaving for uni. A little bit deep I know…

There’s nothing wrong with that! You’ve also got rather friendly with Liquicity…

Yeah they’re top guys in the scene. When I first got into drum and bass I was constantly rinsing their YouTube channel, so that’s how I got into them. Seeing them interested in my music is so incredible. I sent over an instrumental version of Dawning a couple of months before I had the vocals on it and I didn’t hear anything back so I just let it go. After Emily did the vocals I sent the track back over to Liquicity and Maris got back to me and said he wanted it! It was a surreal moment.

I bet you were running around the room with joy!

Oh definitely! Pretty sure some chairs ended up out the window at some point…
they’ve helped me grow a lot.

Performing at Liquicity Festival this year must have been the cherry on top.

Absolutely – it was madness. There was a constant good vibe at the festival. I’ve never been to any night or festival where there is so much happiness! It’s crazy to see how far they’ve come – from starting the YouTube channel to throwing massive festivals. It’s a mad journey and being a part of it is amazing.

Going forward you must take confidence in knowing you’ve had strong support in the scene from not only Maduk, but also the likes of Skankandbass and Metrik – who dropped your Rise collab with Aperio at Hospitality In The Dock! Bet that came as a shock…

Haha that was nuts! Aperio was at work listening to the set and when he heard the song come in he sent it straight over to me. I was like…what! To think people like Metrik are playing my tunes out is mental. It’s a massive confidence boost having these guys supporting my music.

I think it’s a really positive time for the popularity of liquid in general at the moment. It used to be rare to see a liquid artist playing the headline set at an event, but now you’ve got producers like Hybrid Minds killing it. It must be inspiring to see how well some of these artists are doing?

Yeah definitely. With the liquid I make it’s not necessarily dance floor friendly, but looking at producers like Hybrid Minds and LSB, who are doing a similar thing with their sound, and seeing what they do translate onto the dancefloor is wicked because it works really well. It’s inspiring to see!

Aside from live aspirations, what other plans do you have?

There are a few fruity things coming up… I’ve got a couple of releases on Liquicity’s Escapism 4, which is out this week. Then towards the end of the year I will be bringing out my second EP titled Falling Apart on Galacy! There will be another vocal feature with Blake and one with LaMeduza on the EP. 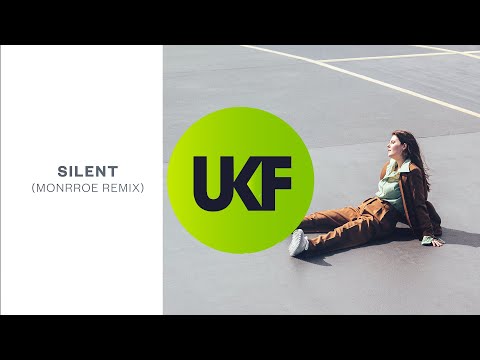 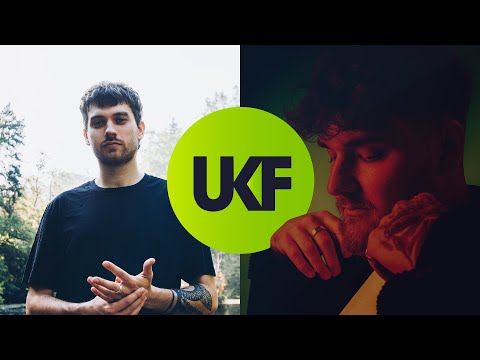 Goddard – Player (Monrroe Remix)
AUDIO
0 shares
SIGN UP NOW & STAY LOCKED!Sign up to our newsletter to keep up to date with the latest streams, news, and events, all tailored to you.