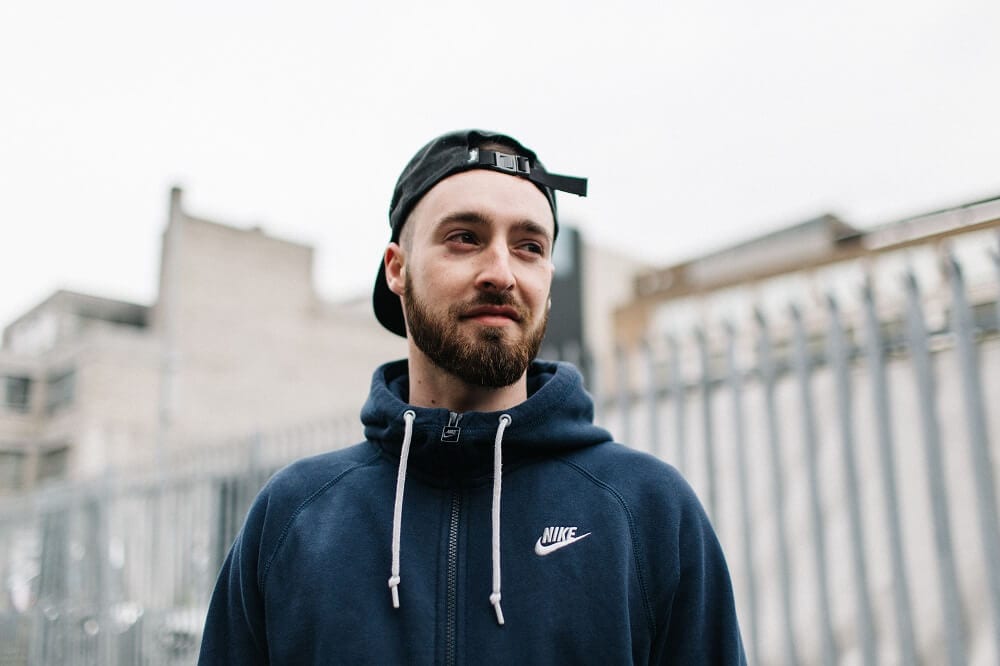 The first time he appeared on UKF he was paranoid. His most recent appearance saw him getting vexed. At some murky point in between he even teamed up with Conducta and asked us to hurt him. That’s all since February this year.

We’re talking rising basssmith Notion, one of bassline’s most prominent new-generation artists who’s been steadily denting the game with wounders and weapons since 2015 on the likes of White Peach, 877, Four40, Crucast and his 2017-launched own label N Music.

Far from being paranoid, vexed or a masochist, he’s actually a chill Bristol-based 23 year old who’s buzzing off his best summer so far. With three UKF appearances and a killer UKF On Air set with Holy Goof & Friends it’s high time we found out who the hell he actually is.

Read on for his thoughts on why bassline is having such an exciting year, what his plans are for his label N Music and why he won’t forget his Bass Fest b2b2b2b with Skepsis, Darkzy, Bru-C and Holy Goof in a hurry.

Busy year on UKF for you…

I know man. You can’t get rid of me now!

About time we got to know you, then. Let’s start at the beginning. You were a drum & bass producer before bassline, right?

Wrong! I was a drum & bass DJ. But the producer was some other Notion. Confusing, I know, but I wasn’t releasing anything back then. I dabbled making it but my productions weren’t up to standard at the time so I just DJ’d it for two years. Jump-up on vinyl, too.

Yeah it’s a baptism of fire! But it properly set me up as a DJ playing anything on any format any crowd.

The crowds I’m seeing on videos this summer have been massive for you. It’s been a great year hasn’t it?

I think so. It’s been the best year for me personally and a lot of the guys in the scene. The music’s really kicked off and caught people’s imagination and attention. Bassline Festival really took off late last year and that really helped; it set us straight for this year. On top of that TQD released an amazing album, Lorenzo had a great album out, loads more from so many exciting artists. This time last year we have half as many guys coming through. We were struggling for tunes at one point. Now my inbox is blowing up.

Struggling for tunes! You don’t hear that often in the digital age

In a way yeah. The quality was high but the volume just wasn’t there – it was only the top guys making it. But now there’s new guys coming through daily and they’re smashing it.

That’s so important for keeping things fresh and evolving

It is. Like when I first think of original bassline I think of the old Niche sound, sitting at the back of a bus with your Nokia playing Heartbroken and that. But now you got all the different shades of styles in there; you got the house sound, you’ve got the grime sound and vocals from MCs, there’s drum & bass sounds and production techniques in the basslines and it’s properly a UK thing. I think that’s a good thing. We’re blessed to have this culture and heritage here.

A lot of it is UK-based but Europe’s getting into the sound too – I played Amsterdam and Switzerland last year, Belgium coming up this year. Goof played Ibiza this summer; it’s only a matter of time until before the sound really starts to take off beyond the UK.

Tell me about N Music. Is it a vehicle for your own productions or are you looking to sign new artists?

For now it’s just my own vehicle for my own music. Just a brand for me to do what I want to do on my own schedule with my own art and vision. So I don’t have to rush or compromise on things. I haven’t thought too far ahead to think about artists to sign; I want to get more of my own stuff and build the foundations for the future. I’d never rule out releasing other people’s music but the label isn’t ready for that yet.

How about your productions in the future? Doing any more bits with Conducta?

No plans yet but I’m sure we’ll jump in the studio again at some point, we’re good friends. Release-wise, though, I have a collab with Holy Goof called Harder. There’s a few collabs I can’t talk about quite yet and maybe even another EP by the end of the year too.

It’s not weird but I’ve had some stupid panics. I lost a USB literally 5 mins before I was due to step on the decks. We spent five minutes ripping the hotel room apart. I found it and I was one minute late on the decks.

Haha, behind the back of the bed. I had no idea how it got there but I was lucky or I’d have had to cancel the gig. Maybe vinyl’s easier? You can’t lose a record bag that easily!

Ha! I like road stories, give me another one….

Well this one is a bit embarrassing. We played the Bass Fest and I did a solo set then did a Crucast b2b with Skepsis, Darkzy, Goof and Bru-C. Two hours into the three hour set somebody played XX92 – Dickhead. Me and Skepsis got a bit excited about this and started jumping around like idiots. Bearing mind this was the biggest show I’d done so far – pushing 3-4000 people – I fell over and bust my ankle… In front of the lot of them.

You know it. We flew straight to Ibiza after the show and I spent two days limping round the island. It was two months ago and it’s still not right now. I won’t forget that in a hurry.