When Joe Mawson first started working on his debut RefraQ EP he was 17 and still in high school.

Now at 22, he’s chin-deep in multiple aliases and musical projects that range from chill hop to aggressive indie rock. He’s a key founder in the popular online collective Soda Island and, most importantly in the context of this article and his long-awaited Northlands EP, where his graphics are as fantastical and otherworldly as his music. Case in point: his single RUK on Inspected last year…

Since last month, there’s been plenty more A/V worlds of his to explore. Five years in the making, Northlands is Joe’s most accomplished and revealing release as RefraQ so far. It hints at universes you didn’t know existed, and a future that’s only teased you in your dreams. It’s every genre yet none of them and it sounds very much at home on Inspected. What’s more, he’s created a visual world for the entire EP which is best digested in full-flowing form. Watch it below and find out more…

How was your lockdown experience?

It was actually okay. I’ve just been keeping my head down and writing really. I’ve only done one live show this year, I usually just write music so I’m keeping myself afloat between various aliases.

Yeah, you’ve got a few. You’re one half of Aenak and you’re also Delayde, right?

Yeah those are the main ones. Delayde is more chilled beats, a lot less intense than the RefraQ stuff, Aenak is the wonky, aggressive bass stuff.

Before we jump into the world of RefraQ, tell me about Delayde for a second…

I just wanted another outlet to write on. I needed the headspace as the other stuff I do is pretty intense, I can’t write it all day. So I found another sound to explore and Delayde became an outlet to write every day without feeling like I’m stalling. I’ve had some good friends help me get the project off the ground and I guess I caught the wave at the right time. It’s a crowded scene but I’m proud of what I write and very thankful to have met the people I have through the project. It also balances everything out and has helped me find my sound. Like when I wrote RUK, it was just after I’d finished a Delayde track and you can hear its influence in the soft sounds it has. The same thing happens when I get together with Dom (DMR) to write Aenak stuff. So it all kinda affects each other.

RefraQ lives in between these worlds…

Yeah. It’s the brainchild. It’s what I write most naturally; which is why there’s not so much RefraQ stuff out there because I like to make sure I get it right. I like that though. The details are part of the process.

It was your first alias wasn’t it?

Yeah it’s about eight years old. A lot has happened, come to think of it. Me and a few friends created the Soundcloud collective Soda Island a couple years ago, we put a lot of music on there and released an album. Things fizzled out for a while but now it’s coming back. Oh and I’ve also been in a band for ages.

What do you play?

In the band, drums. But I also play a little guitar and keys.

You scratch all musical itches in your life. I bet the band is the biggest physical release?

It’s the most cathartic, for sure. It’s very aggressive indie rock and we play a lot of local shows around Plymouth. Well, we did before the lockdown. I get something out of playing the drums more than I do playing electronic music, it’s so physical. You can get a lot out when you’re playing and we feel that together as a band.

Haha maybe. It just makes more sense to me, to create little musical worlds. Even before I did any of this music stuff I was into that idea. I used to run a Minecraft channel and I started directing a Minecraft movie.

I was 13 and it was hugely ambitious. I spent a summer writing this stupid screenplay for it and everything. It never worked out but I’m a big fan of being lost in other worlds and creating cool myths and lore. I guess that’s why I was so into Lord Of The Rings and all that.

The fantastical nature and unpredictability of your music suggests this, too. The way it goes off-piste but will always loop back eventually…

I just find enjoyment in creating some form of narrative. It’s hard to not sound really pretentious when talking about all this but I like something that has a thread through it and not just a standard structure. A lot of stories aren’t written in ABAB structure.

The best ones aren’t! What can you tell us about the world you’re trying to create?

The lore of it all is in development but it’s basically about a forgotten mythical realm and Northlands is the immediate area around the portal to the realm. It’s about the creatures and occurrences that happen around there. There are bits and bobs of it on the EP. Plucked From The Pixie Ring, for example, is about a traveller character who’s in search of a talisman that allows him to escape the realm and he gets sucked into a realm of pixies. But that’s just what’s inspired it. If you listen to it you might hear a different story. I like to show a glimpse of it with the visual world but I like the ambiguity without being like ‘here’s the story’. I like the idea of the listener checking the music, checking the visuals and coming up with their own thing.

Nice. This has all been a long time coming, hasn’t it?

Yeah it’s taken a long time. I’ve been working on the tracks on and off for over five or six years.

Haha it’s way too long, maybe it’s a testament to my own determination. Having to have things just right.

I’m still a boy! Haha but yeah, I guess. I was in sixth form, just experimenting with it when it started. I guess I’ve slowly worked on it more. The visuals and learning how to do them delayed things quite a bit as well. I knew from quite early on that it should be just as much of a visual concept as it is music.

What ambitions did you have at that age? Where was your head at?

I have no idea. The only thought process I had was to not be in education. I was too stubborn for uni and wanted to give music a go. My mind was solely on music. My parents also helped me for a year letting me live rent free while I got my shit together. I didn’t know what I wanted to do, I just had my head down, writing music, silently hoping it would go somewhere.

That makes me sound much more driven than I am. I just really enjoy creating things and have tried to work towards a way of constantly being able to do that. Hopefully you won’t have to wait five years for the next EP. There might even be something by the end of the year….

RefraQ Northlands is out now on Inspected 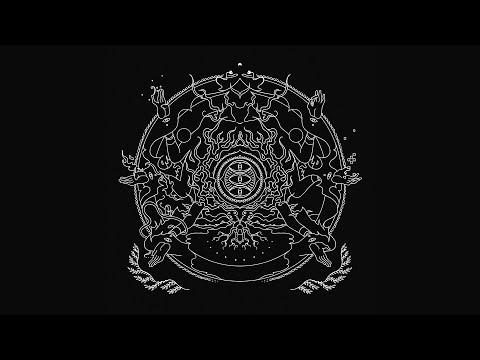 RefraQ – RUK (Official Video)
VIDEO
0 shares
SIGN UP NOW & STAY LOCKED!Sign up to our newsletter to keep up to date with the latest streams, news, and events, all tailored to you.