There are two Sobos you need to be aware of in life; there’s Sobo the Haitian spirit of thunder and Sobo, the new D&B project from John Robbins AKA dubstep frontrunner Run DMT.

It would seem both are capable of whipping up serious storms. Case in point; his new Sobo single on Bachelors Of Science’s CODE imprint.

A mournful but mighty piece of atmospheric D&B, it’s the latest episode in a new chapter for John whose wholehearted switch from 140 to 170 could well be permanent. Going back to the original pasture where he grazed and grafted as a young’un, Sobo is the sound of a producer who’s started afresh but moving forward with all the success, wisdom and momentum of his first project. Last spotted on this site during the release of his Run DMT album Revolutionaire, it’s time for a catch up…

Last time you were on this site you were interviewed as Run DMT and you mention Sobo as a 3rd person….

Yeah I wasn’t sure how I was going to put it out there so I played it safe. But I’m not really into the whole mystery alias type of thing. I’m much happier just saying ‘this is the new project I’m working on’

Kinda been done to death, right?

I agree. Plus I want to use my networks I’ve spent years building up so it would be crazy to start all that again. Also, the reason for me doing this was that drum & bass was my first route into all of this. The first genre I dug deep into was D&B alongside breaks and I want to do all I can for American drum & bass which is kinda limited right now.

You came into this a while back, D&B was thriving back in the day in the US wasn’t it? Both with a lot of acts touring from the UK and guys like Dieselboy, Hive, Gridlok

Absolutely. I miss that. We had this series of events called Meltdown, which were some of the first multi-genre festivals in Dallas. Jeremy, the guy who did the bookings and brought it all together, did this amazing job of booking serious D&B acts. I was never disappointed. He was responsible for my early exposure. And also, like you say, there was a lot of great US artists like Hive. The first time I saw him play I saw John 12th Planet play as Infiltrata. I actually used to drive a lot of the D&B artists from the airport to Meltdown as a young’un. I swear I scared J Majik to death once. I went the wrong way down a one-way street and a cop pulled us over. His face was like ‘if I go to jail for this, I will kill you’. Everything was alright, but yeah I have some fond memories of those days.

It’s been limited to major cities and their own little scenes where a tight group of people run it and play and it’s usually a small venue. One place where I am seeing progress and something exciting happening is the guys in the New England Junglists scene. They’re killing it, I’ve seen Liondub playing to crowds of over a thousand there which is amazing for North America. I also believe in the power of jungle to bring it all together over here. I think what will connect with people is the island vibe of jungle much more than the heavier stuff. People have made the assumption that dubstep kids are also likely to be into heavy neurofunk but I’m not convinced. Sometimes it works, sometimes it doesn’t. New England Junglists are proof of that; they’re bringing crews together and getting great line ups. It’s exciting to watch develop.

Obviously Bachelors Of Science have been repping for a long time. How did you link with them? Was it back in the day as a driver?

I was taking a sabbatical from the scene when they came through so it wasn’t as drive. I first met them when the Run DMT stuff was taking off and we were booked on the same line up on a big happy hardcore/dubstep/drum & bass event in a waterpark. Then a year down the line we were on another line up and Luke and I had the opportunity to meet and bond over hip-hop. Then a few years down the line I did the drum & bass stuff again and all the soul vibes and they were the first people I thought of to send things to. They’ve been really supportive and helpful. I can’t thank them enough for that.

That’s exactly what I want to do; I want to bring all my influences and everything that inspires me about drum & bass together into the Sobo sound. Those early things were when Sobo didn’t have a real focus and I still had Run DMT on the go. But now it’s my full focus and I’d say Break My Heart is my first real solo single where I know what I’m doing and what I wanted to say.

Yeah that’s inspired by the UK! I was living in Berlin for a while in the summer and went to a Hospitality party in Bristol to see what the UK crowds are like. Kings Of The Rollers, Danny Byrd (who’s my favourite dude, I love him) Benny Page, all these dudes who don’t come over to the States. I got really inspired by the sounds. In the US there’s much more of an aggressive feel in the production but there’s a much looser, rolling vibe in the UK. It’s about having fun. I went home and started working on something and honing the vibes I’d felt. That track came from that show.

Anything in particular inspire Break My Heart?

Not directly. That vocal got stuck in my head as I started writing the track. A tune got trapped in my head, I worked with a vocalist when I got back over here, she realised the idea I had in my head and it came together as I heard it in my head which doesn’t always happen! Usually my imagination is way beyond what my levels are.

That’s the thrill of the chase!

Definitely. It’s the only way to be.

I know this has had support from Camo & Krooked among others. That must be really fulfilling as you’re only starting in this genre?

It means everything man. Growing up, making music and trying to forge my way into it for so long. In the mid 2000s, young’uns wouldn’t get a look in. You had to really hone your craft. We grew up in that culture of respect and earning your stripes. So to see people I dreamed of playing my stuff who I’ve been inspired by for many years, is just incredible. It means so much to me.

I’ve got an album in the works. It’s about 10 / 12 tracks deep so far and there’re a few remixes in progress. I want to get another single out in the next few months leading towards the album. One thing I learnt from doing bass music it’s good to keep tastes sharp and always stay active and show who you are as an artist. I’m hoping to get a video done for Break My Heart and I’m just keeping on grafting with the Code guys and Bachelors Of Science. I’m really happy about where things are at.

Awesome. This is a rare chance to totally wipe the slate clean but have the backing of everything you’ve done so far…

Totally man. It feels like quitting a job that paid really well but kinda drove you crazy and the love wasn’t there for it anymore…. And starting a job that means more work, won’t pay as much you love it so much more and it means a lot more to you personally. When I made the conscious decision to do this, I knew I had to go all in like you would if you switched your career. That’s how important this is to me…

Sobo Break My Heart is out now on CODE Recordings 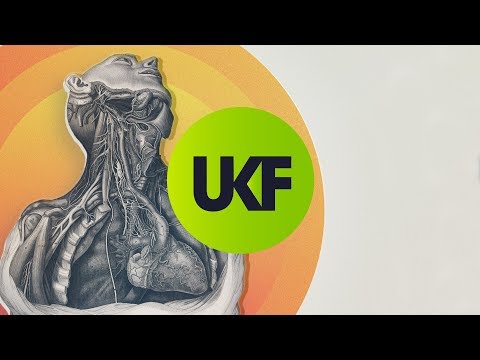 Who The Hell Is ELK?
WORDS
9 shares
SIGN UP NOW & STAY LOCKED!Sign up to our newsletter to keep up to date with the latest streams, news, and events, all tailored to you.