She’s an artist you’ve more than likely heard something about since lockdown… Whether it was her energetic DJ sets or her satirical D&B news broadcasts, Something Something is a name that has recently shot onto the radar for many drum and bass fans.

But if you’re not familiar with her then it’s no surprise why, considering she only first caught the attention of the D&B community after winning a DJ competition at Hospitality On The Beach last summer. It was a huge moment for her. Not only was it just her third time performing in front of a crowd, it was the much-needed revelation that drum and bass is what she is supposed to be doing.

It’s a feeling she hasn’t always had. Hailing from the small town of Schöneck in Germany, where creative career paths are frowned upon and the D&B scene is non-existent, the dream of a career in drum and bass has forever felt like a distant fantasy for Steffi Schulz. That’s until now.

In a time when lockdown has presented so many negatives, Steffi has been able to take the biggest positive of her fledgling career with the release of her first official track on Elevate Records. It’s not only a brilliant achievement for her, it’s another huge milestone for female D&B artists alike – one we should all be celebrating.

UKF caught up with Something Something to learn more about her journey into D&B and the reason why she is only just breaking through at the age of 28.

You must be stoked to have released your first official single! Talk about kicking things off with a bang.

Honestly, this has been in the works for so long. It feels strange because the way I make tunes has changed a lot since I first worked on this record. I’m quite overwhelmed by the response. But the thing is, I thought people would’ve be gunning for me. I thought they were going to be horrible. On the whole they’ve been so nice, which has been a great surprise.

Is that because you’re a newcomer?

Yeah! I understand to some people it might look like I’ve just come out of nowhere, but really I’ve been building to this moment for quite a while. Being a female artist I thought there might be some pushback in such a male dominated scene, but thankfully not so far.

Negativity towards newcomer females is an ongoing issue that needs addressing. It discourages new artists from getting into D&B.

This is the thing. Women don’t always get judged on the basis of how well they DJ or produce. Often it’s on how they look or dance. That’s why I don’t wear anything tight and always wear oversized clothes. I don’t want people to think I’m getting anywhere just because of the way I look.

You shouldn’t have to even think about that. It’s not right.

It’s just the way some people think unfortunately. I try to avoid the negativity, but the bad comments do stick out. Lockdown has shown the world what people are really like. It has either brought out a really good and caring side of them, or it has brought out a bad side where people are being horrible because they’re frustrated. There have been so many arguments going down over lockdown. That’s why I started presenting the D&B news. I wanted to make people laugh. It worked well because I’m quite goofy and awkward.

Your D&B news broadcasts definitely brought joy to a lot of people, just like your first release has. How did Another Reason come to be on Elevate?

I know the label manager, Amy, and I sent her the tune back in February asking what she thought of it. I was not expecting anything. She replied and was like – this is amazing. She showed it to Friction and he loved it too, so they signed it. It’s crazy.

It seems to have worked out well for you time-wise with lockdown following on from that. The last few months have been a productive time for your music.

Absolutely. At the beginning I was like ‘Oh my God this is great,’ because I had nothing else to do. Normally I am a supply teacher. I would go to school every day and when I got home I wouldn’t want to listen to anything. I’d just want to sit there in silence… But since lockdown I’ve had nothing else to do but make music. It has made me sit down and get into the nitty-gritty of making tunes. I’ve made so many. My next release is with Kleu September 18 on Device. It only took two weeks to make… If It wasn’t for lockdown I wouldn’t have come across Kleu, and I wouldn’t be making music every single day.

So would you say you’re riding a wave of inspiration right now?

Honestly, I feel like I’ve always had the inspiration. I’m not sure why it took me so long to start DJing and make music. I’ve never listened to any other music other than drum and bass, which sounds sad I know…. I’ve only gone to drum and bass nights. That’s why I feel like I’m a bit late to it all. I’m 28-years-old now. Better late than never, but it has taken so long to click. Drum and bass has always been my passion, but I didn’t know what to do with it.

So when was the moment that it clicked?

I moved to London from a very small town in Germany called Schöneck, which is on the border to Czech Republic. I was going to Fabric every Friday and got really into Hospital Records. My dream has always been listening to D&B 24/7, but I didn’t know what job would allow me to do this. I hate sitting in an office and I’m very much a people person. I hate paperwork too. I didn’t know what to do… Then last year it clicked – I am going to try be a DJ.

Were you not exposed to much D&B growing up then?

Not really. There were two guys back home who played drum and bass. One played jungle and the other played jump up. Those were the only two D&B heads around… There was no scene. The first time I got properly exposed to it was when this girl brought her friend over and he sat on the bed saying “Let me show you this song!” I asked him what it was and he said “It’s drum and bass!” The tune was Danny Byrd – Ill Behaviour.

I thought it was amazing! But the main turning point was when I was working at a festival in Germany aged 18. I was wandering around at 7am and came across this tent playing music. I was going mental dancing to it, but couldn’t tell what it was, so I asked some guy and he said it was Shy FX. My jaw literally dropped… This was the moment when I knew drum and bass was what I wanted to do.

That’s wicked! DJing seems to have been a particularly good route into D&B for you. Especially winning the Hospitality on The Beach 2019 DJ competition!

Honestly… I’d only been DJing for three months. I wasn’t even supposed to still be at the festival when the competition happened either, as I had a flight booked to go to Belgium for another festival. I ended up cancelling three flights just to do the DJ competition. I had to win it, there was no other way! The competition was like a silent disco with different rounds, and there was one other girl and 40 guys… Haha! Winning that competition was the best day of my life.

I imagine winning it was like one of those ‘I can do this’ moments.

Absolutely. Winning something like that against so many guys who thought they were the business felt good. I may be a weird, quirky girl, but I’m very competitive. Winning the competition made me realise that I can do this. Drum and bass is what I’m supposed to be doing. Imagine if I had lost though? I’m not saying I would‘ve given up on it, but I might not be where I am now.

For winning the competition you got to perform on stage with MC Lowqui… Talk about special.

It was insane… It didn’t matter if I messed up. With him jumping on the mic I felt like I was being taken care of by a big brother. Before the set I was so nervous. I hadn’t slept. I hadn’t eaten. I was a mess. But Lowqui being there made me feel safe.

Speaking of memorable sets, the stream you did for Stay at Home Festival was another big event for you.

That was crazy, wasn’t it? This was the first big live stream and I had about 700 people watching me… I couldn’t believe it. The last few months have been a good time for my music.

They’ve also been great for the exposure of female artists as a whole.

I think it’s really good but quite sad that a global pandemic had to happen for us to get to this. We need to carry on with this momentum. As a woman I feel like you have to work three times as hard to get noticed. But I do think it’s incredible what is happening. There are a lot of female producers out there, and lockdown has allowed them to come through. Look at Harriet Jackson! That tune she made is a force.

Amen. So looking ahead, do you have a good idea of what you want your sound to be?

I don’t know… I’ve made a lot of liquid recently, but it’s really hard to know where it’s going to go. If I could choose an ideal sound, it would be a mixture of Kanine, S.P.Y and The Prototypes. The three of them combined is what I want myself to be, but I don’t know how to get there. That’s the dream!

That’s a mammoth combo… You’ve got your whole career to work out how to get there though. This is only the beginning!

That’s the thing… This all seems crazy to me because I thought I was going to be working in a school forever. Where I’m from in Germany, there’s such a small town mentality. People have their 9-5 jobs and it’s almost impossible to do something creative and be taken seriously. People leave school and do the same job for the rest of their lives. I’ve never been like that, and I’ve never wanted a 9-5 job. So I’m currently the happiest person in the world with how things are going. I can’t actually believe it. 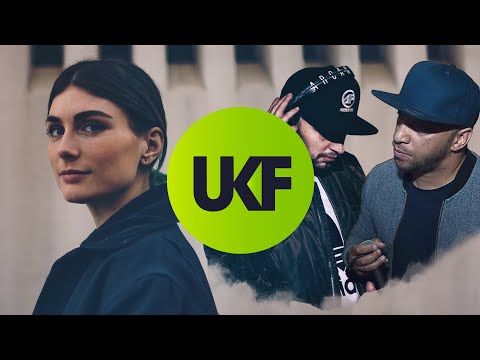 Something Something & Kleu – All My Life
AUDIO
0 shares 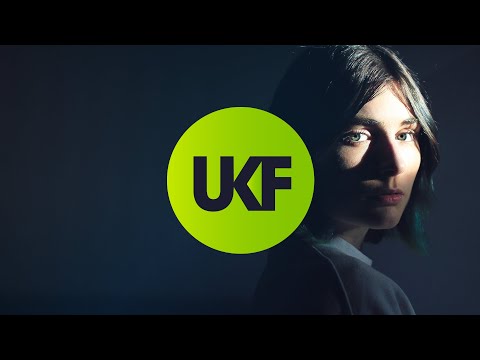 Something Something – Another Reason (ft. Nicole Thalia)
AUDIO
0 shares

In Conversation With Fixate
WORDS
0 shares
SIGN UP NOW & STAY LOCKED!Sign up to our newsletter to keep up to date with the latest streams, news, and events, all tailored to you.